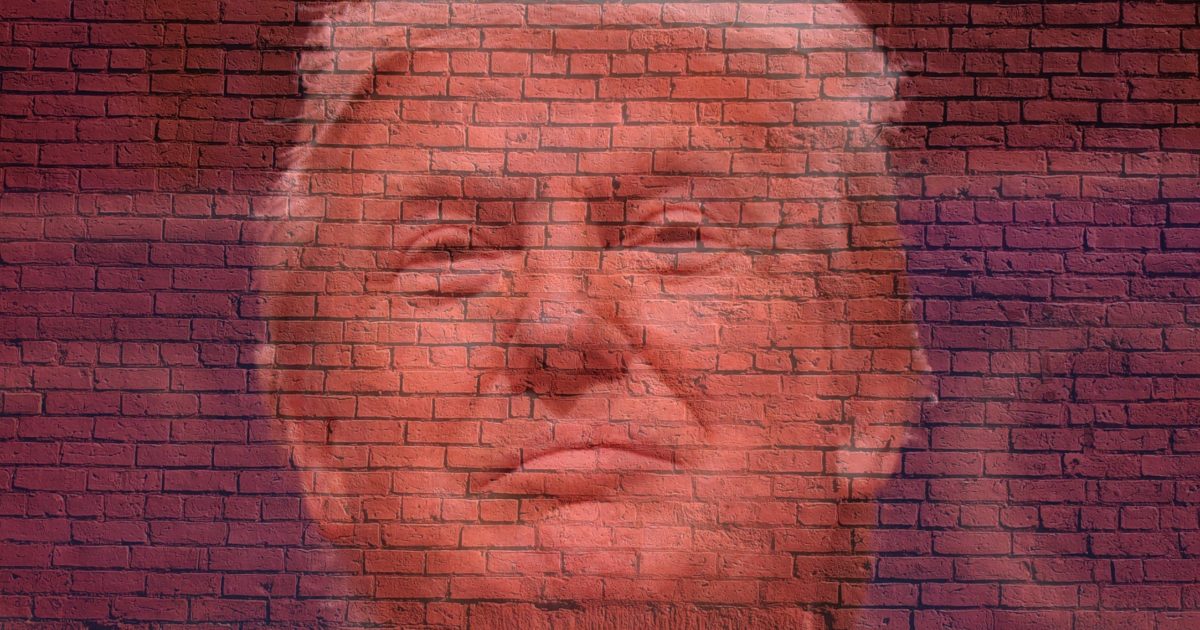 Who’s going to tell him? Trump is going to lose this election, and whether he truly believes it or not, he simply doesn’t have the votes in all the states he needs to carry to win. His garbage fire lawsuits are not going to save him, and frankly, if they do, I think the next four years will be the most awful internal conflict Americans have seen in 50 years.

The “red wall” held. The middle finger was hoisted and it has had the intended effect.

Trump’s near-victory, when the entire polling, corporate, entertainment, social media, and news mega-institution predicted his immediate and resounding thrashing, sends a signal that the new disruptive coalition is serious, real, and speaking loudly.

The GOP has righted itself in a very convincing way, and I might have to eat a whole serving of crow, because I thought Trump had killed the party completely.

The jury is still out on whether our political class can wake up from its fever dream of becoming ravenous wolves, or transforming into the blob-like monster from Dean Koontz’s horror novel “Midnight,” or for that matter, the upside-down monster from Stranger Things. Once the nanites of incivility and cruelty infect someone, it’s difficult for them to realize that they used to be civilized ladies and gentlemen. I’m glad we have people like David French, Kevin Williamson, Jonah Goldberg and my colleague here David Thornton to remind them.

That thought aside (because I have faith in God and man, I believe some if not most of them will return to the human race), the red wall worked. The GOP can live again, as a coalition of people fed up with the socialist agenda of a far-left Democratic Party bent on central control, economic hegemony, and enforced outcomes.

I remember a brief conversation I had in 2016 with former Sen. Max Cleland, a Tip O’Neill Democrat. I asked him what he thought of his party and what it had become. His answer was unprintable in this forum.

Once the Blue Dog Democrats had left, and the party started its roll down the leftist slope, accelerated by Biden’s boss Barack Obama, the impetus to stop the momentum just wasn’t there. Liberally (and I mean that in the political sense) educated staffers, media, and corporate bosses see this as a natural thing. They think a centrally-planned economy, confiscatory taxes, cradle-to-grave control of lives, moral busybodies disguised as government helpers, censors, and outcome-based social policies is how things are supposed to work.

This election showed them that they’ve been reading the demographics wrong, and they’ve been reading the will of the people they thought were “theirs” totally wrong. Actually, the last election showed that, but they ignored it as an anomaly. This time, the middle finger in their faces might not be so easy to dismiss (especially if it affects media revenues and costs their high-paying jobs).

Donald Trump will be out of office, and there will be hell to pay as Barack Obama takes control of the White House from his tony Kalorama neighborhood mansion in Washington, D.C. Make no mistake, this will be the little White House, or in modern terms, “the room where it happened.”

Perhaps the GOP-controlled Senate, and reinforced minority in the House will grow a spine again, and remember why they were elected. Not to lick Trump’s boots, but to represent the people who voted for them.

To be honest, I can live without Donald Trump in office. I voted for him because I thought the GOP was living as a corpse, and keeping Trump was the quickest way to kill it outright, while Democrats would do a decent job containing Trump, and the civil service and the courts would be their backstop.

Instead, I admit I was wrong. The GOP, sans Trump as president, is reinvigorated, and the voters did that. I hope they can live up to the expectations those voters who built the red wall now place in them.