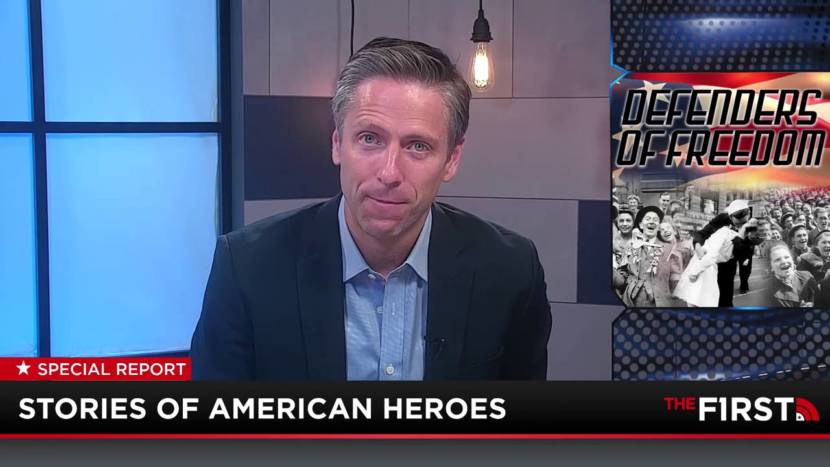 This special show is dedicated to American heroes. And there’s nothing more sorely needed in today’s America than a reminder that true acts of courage and heroism still do exist. Mike Slater and his guests look back at history, to mine stories from the past that deserve our attention — such as the Tuskegee Airmen, who fought for justice at home and risked their lives fighting for justice abroad. There’s a reason all the heroes of World War II are called The Greatest Generation. The contrast between adversity faced then compared to what Americans complain about now is nothing short of stunning. 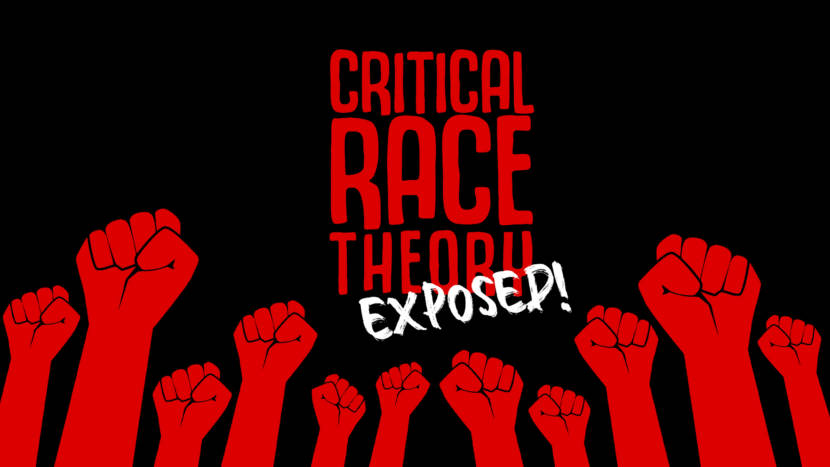 Critical Race Theory is nothing short of the demonization of a race. It has been compared to the dangerous demagoguery used by dictators who sought to cleanse their populations of undesirable ethnicities. CRT has infiltrated just about every institution in America including public and private schools, colleges and universities, the church, government, corporate, and the military. CRT is based on a distortion of American history — that this country’s founding was based on the advancement of slavery — is promoted by the dominant media and has further divided our nation, during a time when we have never been more vulnerable. Is it too late to resist this insidious ideology, which is being drilled into our children’s heads? Mike Slater and his multi-ethnic panel of experts will share how they are saying N-O to C-R-T! 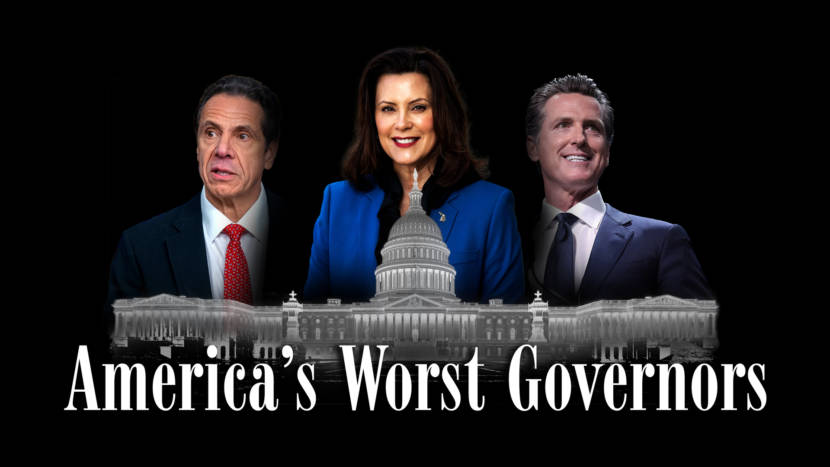 If you had to pick the worst governors in the nation, who would be your top 3…or better said, bottom 3? We agree with you: New York’s Cuomo, Michigan’s Whitmer, and California’s Newsom. In this hour-long special of all specials, Jesse and his panel of insiders do a deep dive into the résumés and the deviant, Authoritarian rule of the three ‘American’ governors. Their hypocrisy and lies during Covid has not been outdone by any other governor in the country. The media’s running cover for these despots, on top of it all. But we’re not! Don’t miss this special where Jesse reveals who he thinks the worst governor is! 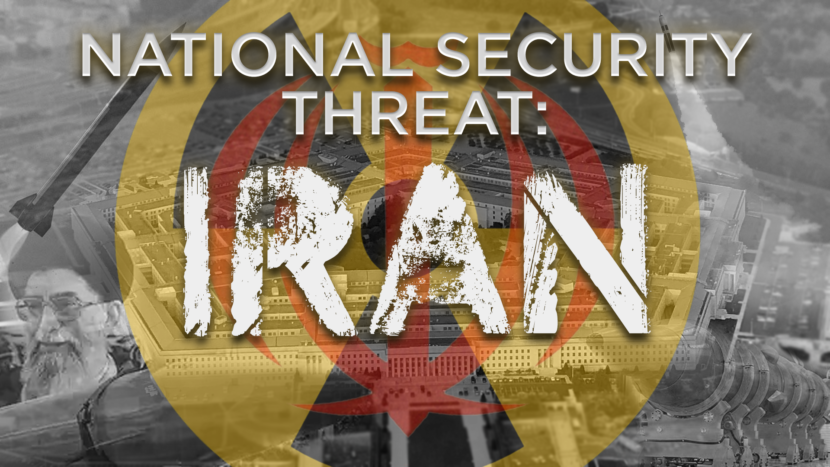 As tensions rise in the Middle East, the threat of Iran continues to loom. In this special edition of Hold The Line, Buck Sexton shines a spotlight on the Islamic regime’s continued pursuit of nuclear weapons, their sponsorship of terrorism, and their goal of regional dominance. 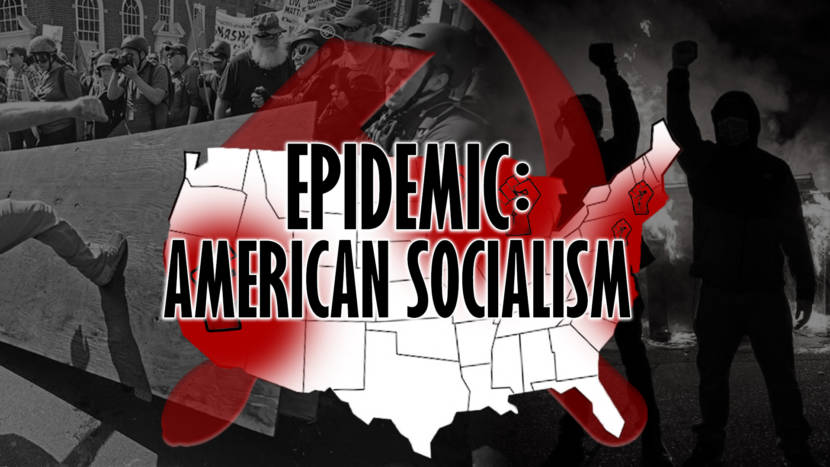 Once upon a time, the term Socialist was downright insulting. But after decades of disruption to the cultural fabric of our nation by Marxist activists, Socialism is now not only widely accepted — but embraced, especially by Gen Z. Viewers of Jesse Kelly’s show know that the word Socialism may sound benign, but it’s running cover for a pathological ideology that is destroying America from within: Communism. How did we get to this place? And what is the antidote to an epidemic that has taken far more lives than any other in modern history? 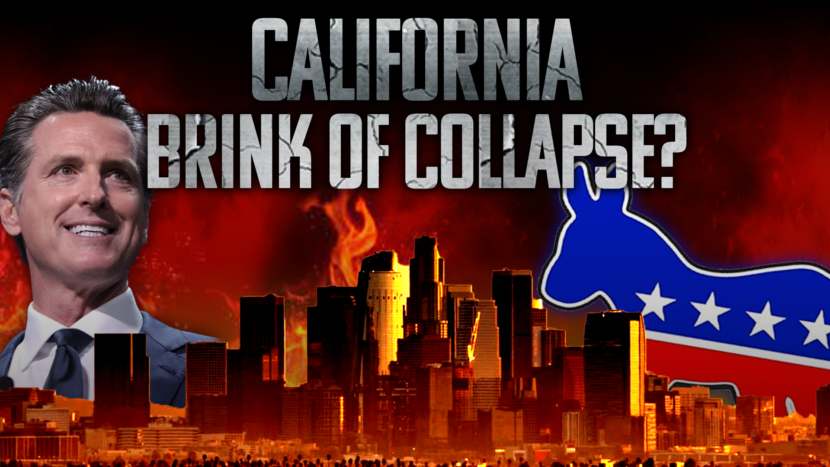 Can California hold on or is the once Golden State too tarnished to survive? Years of Leftist leadership has allowed one of the most robust, beautiful environments in our country to decay. Governor Gavin Newsom now faces recall for failing on every imaginable front: Covid mitigation, race relations, budget, homelessness, wildfires, energy, water, and infrastructure. But the problems began long before he was installed by the San Francisco Dynasty (Pelosi, Feinstein, etc). California dove head first into woke waters, and the consequences are being felt by all. Joe Biden has said he wants to make the USA more like California. This warning is brought to you by San-Diego-based Mike Slater and his panel of California fighters. 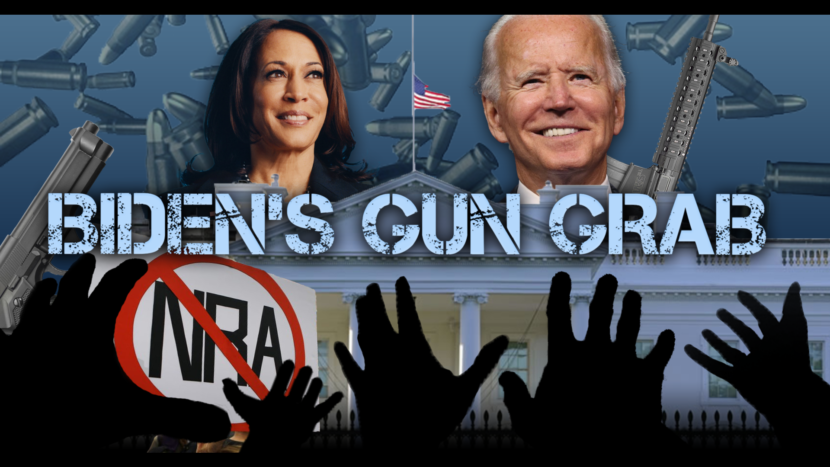 Will the Biden Administration and the anti-gunners ever stop? Easy answer: no. They will continue to push false information and promote myths about public safety, in order to erode our Constitutional rights. Ultimately, the tyrants would love nothing more than to disarm Americans altogether. Jesse Kelly and his guests: TheFirst’s Dana Loesch, Adam Kraut from Firearms Policy Coalition, and Cam Edwards from BearingArms.com have no intention of going down without a fight. If you value the Second Amendment as much as we do, you can’t miss this hour. 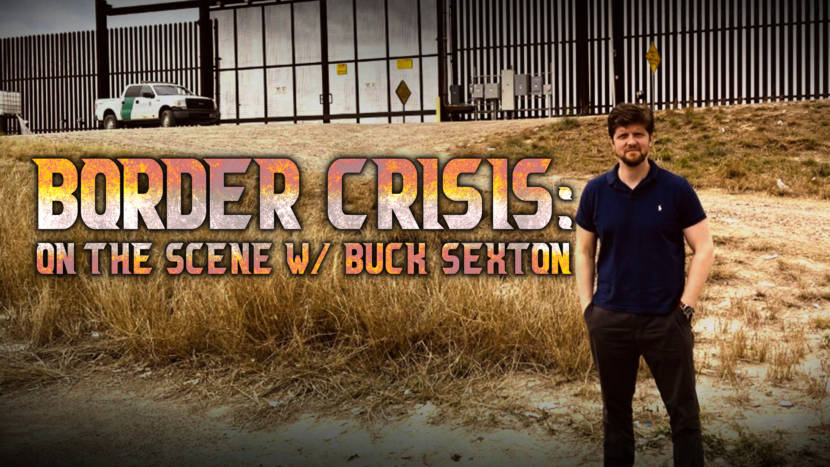 Smugglers, shootouts and the human struggle: Buck Sexton visits the U.S.-Mexico border and sees firsthand the escalating, multifaceted crisis. Instead of taking action, President Biden and VP Harris have yet to visit the border, instead avoiding the ugly realities of their Administrations policies. 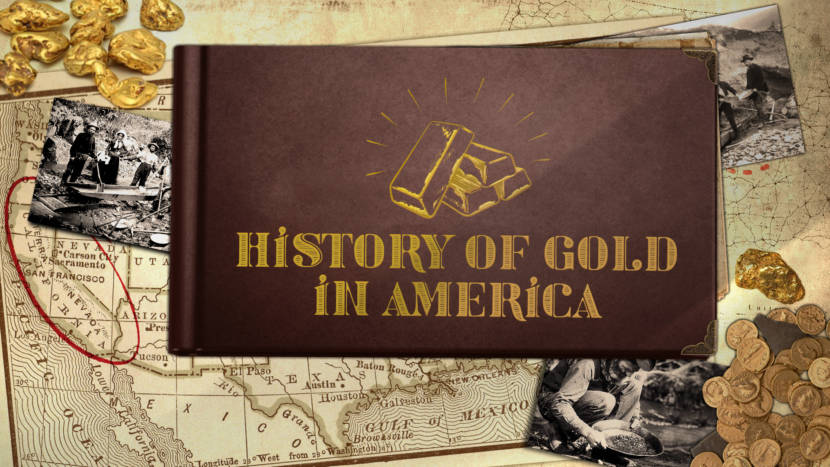 America’s affection for gold is almost as old as the nation itself. In this special show, Mike Slater and his guests explore why we’re so attracted to this precious element: What explains our emotional attachment to gold? What exactly is the Gold Standard? And what intrinsic value does gold hold as a tangible asset and as a commodity? 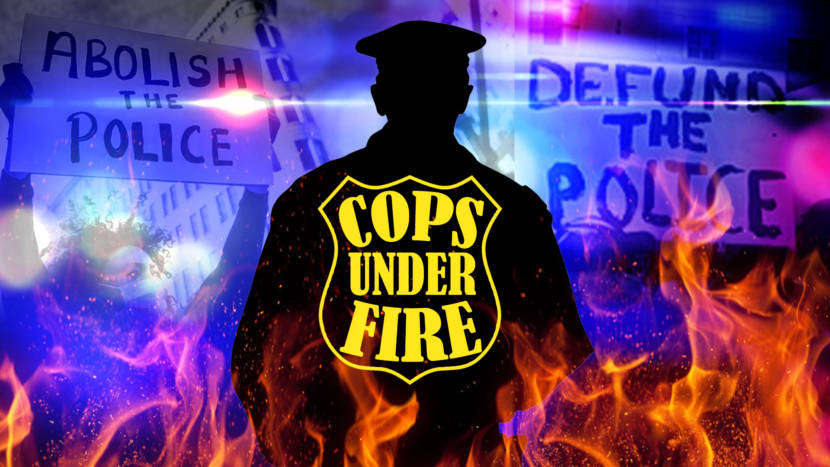 Police are in the crosshairs now more than ever. Not only is it open season on cops, who are being targeted for ambush and assassination, there is an all-out movement to eliminate law enforcement from the framework of our nation entirely. Anti-cop sentiment has infected every town, city, and county…every institution in America, including and especially academia. Mike Slater’s panel of LEO experts talk about life on the job, the risks, rewards, and why they stay — despite the dangers. Our goal with this special is to present a case for empathy for police officers, the men and women whose sworn oath is to protect and serve the community. 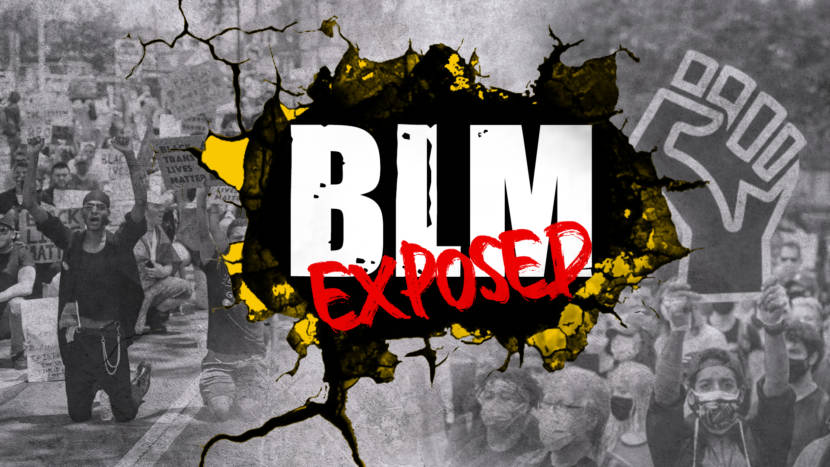 It was only a matter of time before the truth about the Marxist organization deceptively labeled Black Lives Matter would be revealed. It is run by radical, anti-American profiteers, who have hijacked a legitimate civil rights issue, to hoard power and shred civilized society. One needs only to look around at the violence, rioting, and looting — and listen to the rhetoric which attempts to justify it as noble. The outrageousness of BML’s behavior and objectives seems all the more absurd and hypocritical, when you consider the multi-million dollar acquisition of private homes in California and reportedly offshore, by one of its founders, who’s made no secret of her Marxist beliefs. Jesse’s guests know what’s up and will help us all share the facts about their dangerous agenda and devious activities. 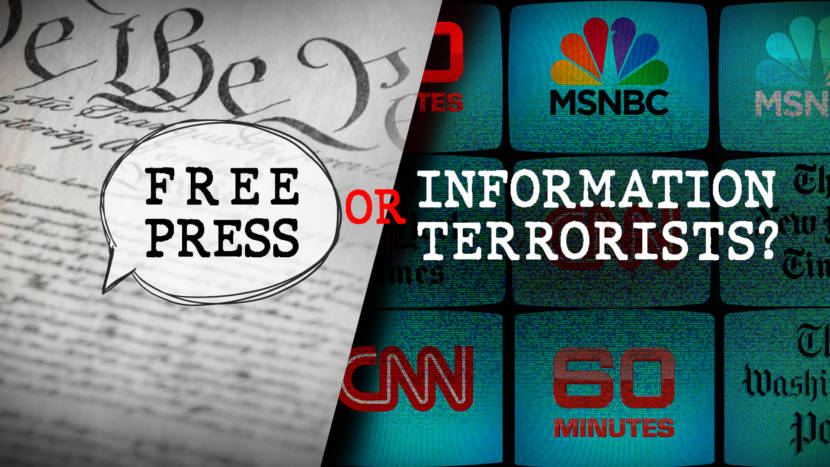 The corporate-mainstream-establishment media lies, omits, conflates, and misrepresents facts and circumstances. And they keep getting away with it. This guiding principle also applies to the techno-facscist power brokers. In fact, they are one and the same. BUT, there is a flipside to this lopsided coin…and reason to be hopeful! The marketplace is on fire when it comes to alternatives. There are other places to turn, across the digital and analog spectrum, if you want legitimate coverage. And don’t forget about the courts. Jesse and his panel of pioneers talk about the obstacles and opportunities that could be the keys to saving our country!