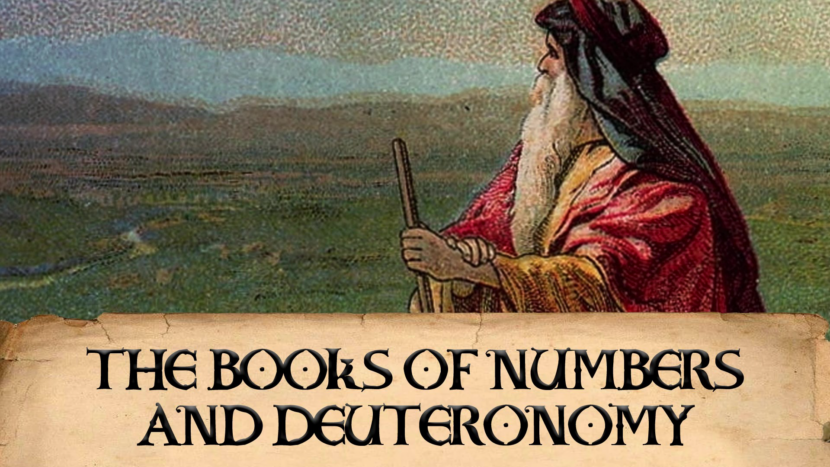 THE BOOKS OF NUMBERS & DEUTERONOMY

THE BOOKS OF NUMBERS AND DEUTERONOMY
The final two Books of Moses may get overlooked because of their names, but they’re extremely important. What can be learned from Moses and the Israelites march to the promised land as well as the trials and tribulations along the way? That is what Mike Slater attempts to uncover with his diverse panel of experts. No matter what your faith, there are many lessons to be learned. 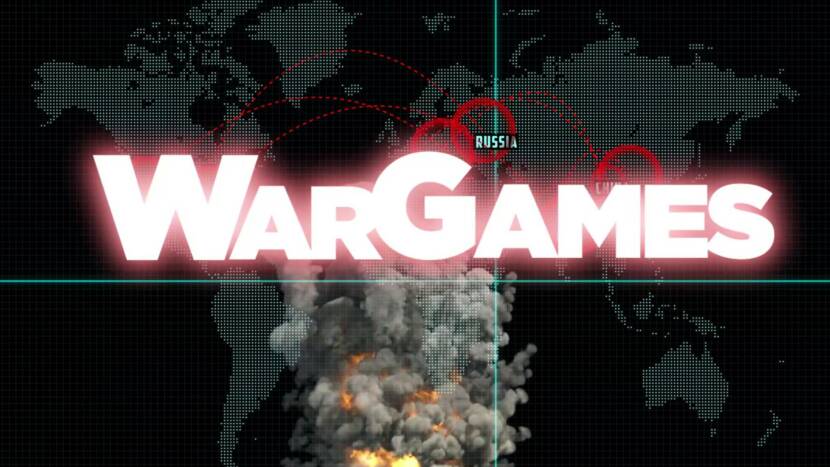 Been giving a lot of thought to the possibility of World War III? The topic is hard to avoid: MSM is cheering for it, while our side is figuring out how to protect our families from the crazy, greedy, incompetent people running the world. Mike Slater & guests ‘war-game’ the various scenarios triggering a global conflict, as well as explore the grim outcome of a man-made calamity that would surely involve some form of annihilation. Will we be facing nuclear, biological, conventional attacks? Can our infrastructure — the power grid, to be specific — withstand an enemy’s weapon of mass destruction? Are there any adults in the room to make sure none of this happens? 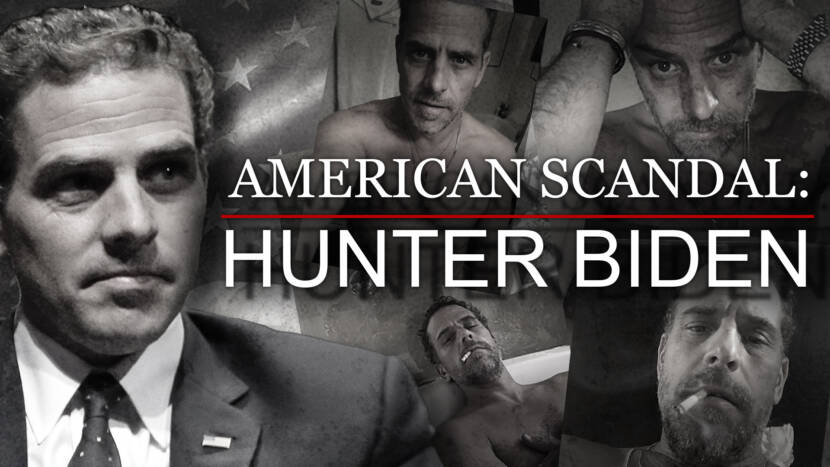 The name Hunter Biden has become synonymous with nepotism and graft.
Between his libertine lifestyle, shady business dealings, and a misplaced laptop which exposed his corruption to American voters, the President’s scandal-ridden son has become a political liability and PR nightmare for the White House.

In this First TV Special, Buck delves into the life and scandals of Hunter Biden with investigative reporter John Solomon and Editor-in-Chief of The National Pulse Raheem Kassam.

The mainstream media and their allies in Congress have worked tirelessly the last 18 months to keep this information from the American public. That ends today. 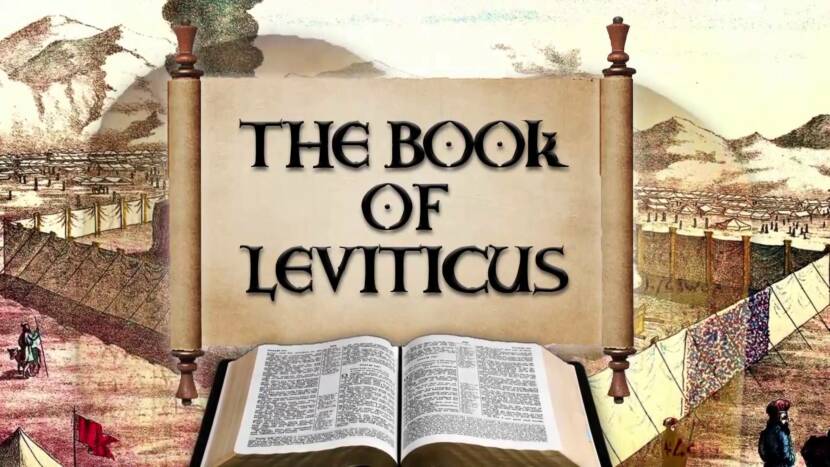 THE BOOK OF LEVITICUS

Leviticus, the third book of the Old Testament (the Jewish Torah) reads like an instruction manual, laying out behavioral norms on morality, organized worship, and how Israel, God’s Kingdom, should run its government and military. The main theme throughout this book is holiness. Mike Slater, a pastor, and a rabbi explore how the theological themes addressed in Leviticus can be interpreted and applied to today and our current struggle for objective truth, morality, freedom of religion, and freedom from an increasingly tyrannical government. 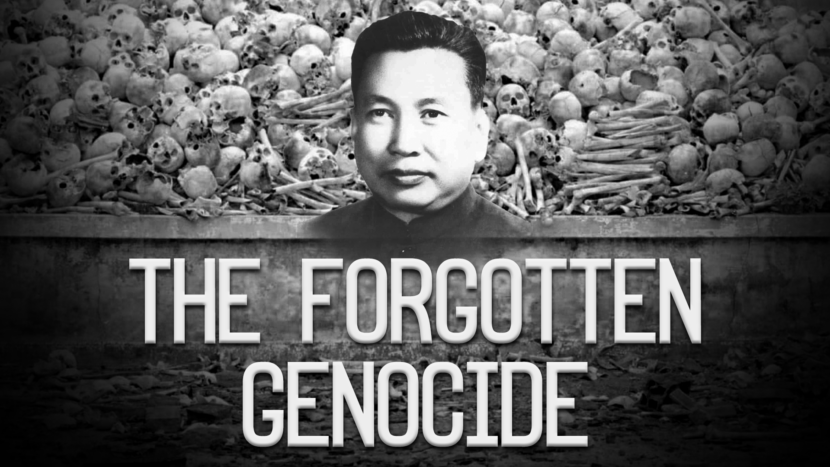 Many point to Adolf Hitler as the most evil man in modern history, but there’s another tyrannical, sociopathic, murderous dictator of the 20th century that goes largely unmentioned: Cambodia’s Pol Pot.

Pol Pot engineered a killing spree that targeted dissenters, ethnic groups, and anyone suspected of posing a threat to his regime. That included civil servants, doctors, teachers, and other professionals. Millions were stripped of their possessions and forced to toil in the fields as part of Pol Pot’s “re-education program.” Nearly all were worked to death. In the end, the Communist Dictator brutally killed a quarter of his country’s population. His murderous reign began in 1975…Thirty years after the death of Hitler. 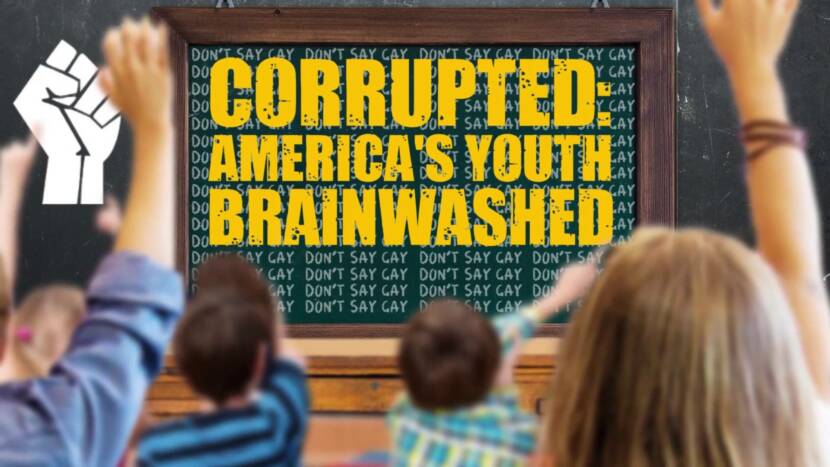 We know the truth about Florida’s new law prohibiting schools from teaching little kids about sexuality. It’s nothing more than a measure to protect them from being groomed by predatory woke teachers, who expose them to perversion or brainwash them to question their gender identity. The marketing department of the Left has dubbed the law something we’re not even going to repeat, because it’s so stupid and false. In this special, Jesse Kelly & guests expose all the wicked ways sociopathic adults are mentally abusing our youth — including how to stop first-graders from being taught to be trans. 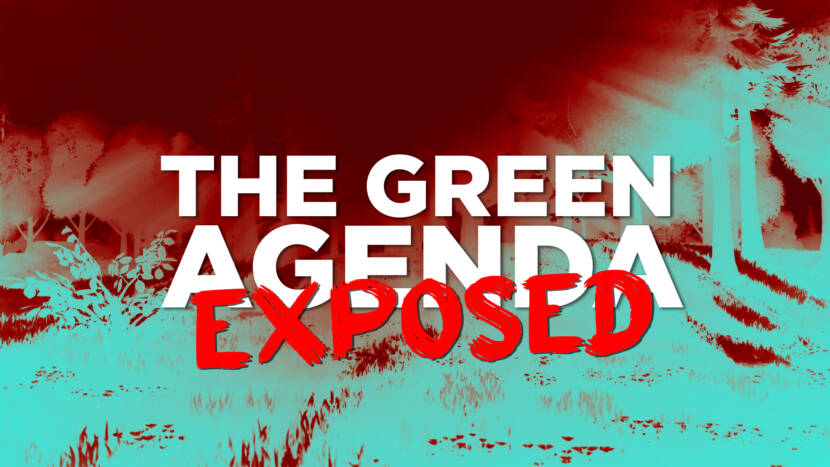 As Covid mania subsides, the Biden Administration has pivoted to the climate narrative. Since the public is pliable and gullible, they’re testing out a new script on energy transition…one based on lies and myths about fossil fuels and the environment. Nothing new here: the media parrots the gaslighting and the woke go full-on Chicken Little. In this special, we expose who and what are behind the manufactured oil shortage and skyrocketing fuel costs. Bottom line: Biden’s blowing a lot of smoke about Russia’s role. Think of this special as ammo to use when you need to shoot straight in debating a Climate Karen. 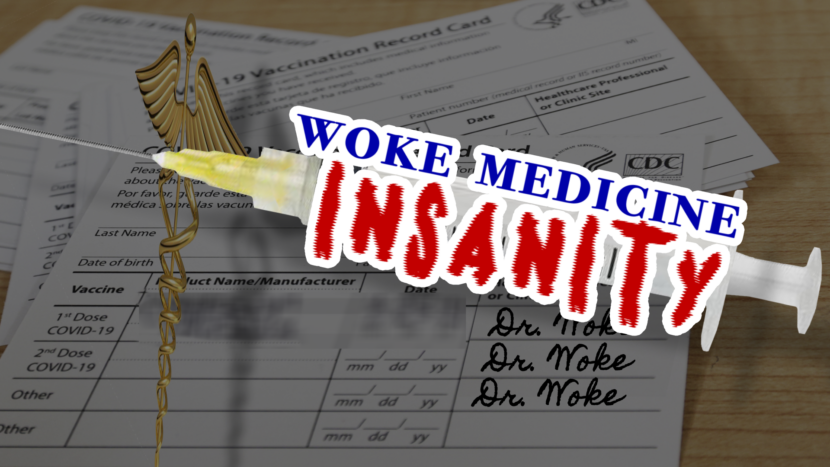 What could be more wicked than the specter of woke ideology dictating the way medical care is administered? Postmodern critical theory has oozed into the field of medicine, and its influence is already evident: the CDC now uses the term ‘pregnant people,’ and Tech has introduced the pregnant man emoji! This is far from trivial. If the prevailing wokeness that embraces population control and blind obedience is allowed to flourish, it portends a dark future as it relates to how your doctor cares for you and your family. Mike Slater investigates the origins and cures for this pernicious prescription. 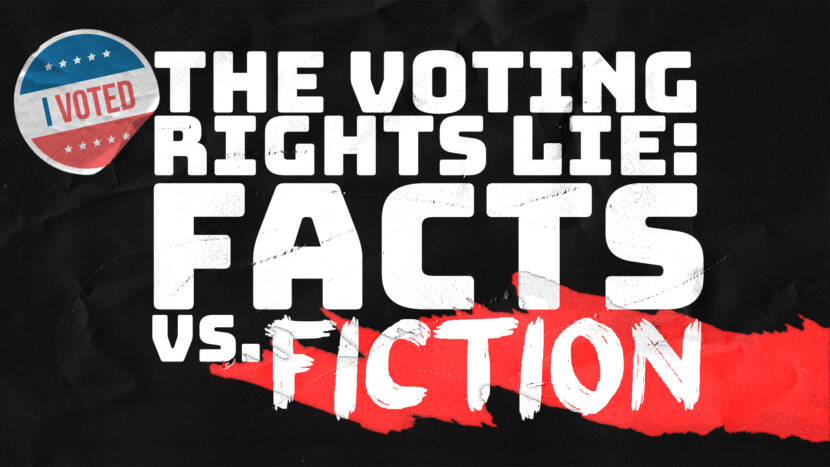 For years, Democrats have been screaming “Democracy is in danger!” and “Republicans are trying to suppress minority Voters!” Now, in effort to push through their new legislation, Democrats are even considering nuking the filibuster, something most of them have publicly opposed for decades. What’s behind all this hysteria? In this special edition of Hold The Line, Buck separates the facts from the fiction, and takes a closer look at why Democrats are ramping up their call for voting rights legislation. 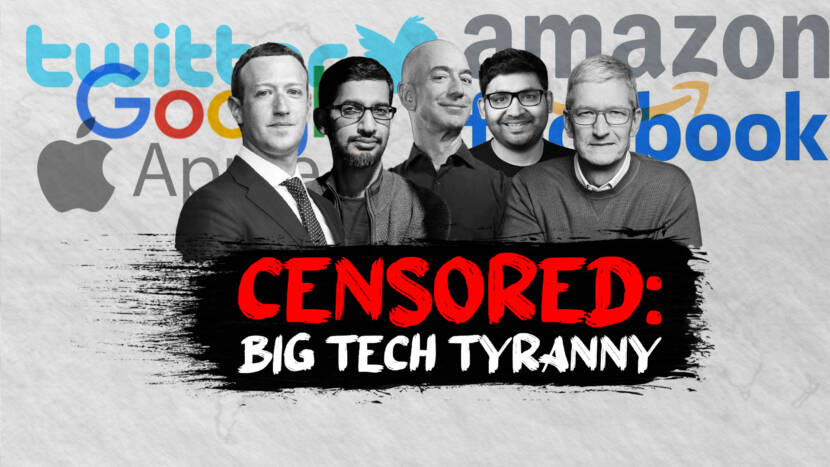 If it were only a matter of greed and profit, Americans could figure out a way to keep Big Tech in check. But the long-game for these sinister Silicon Valley elites is far more pernicious. Tech is part and parcel to the utter domination of speech, thought, and behavior — and elimination of debate or dissention. At least half the world and globalist-minded governments are just fine with that. WE are not. We will not let their mass psychosis assassinate our freedom of speech. 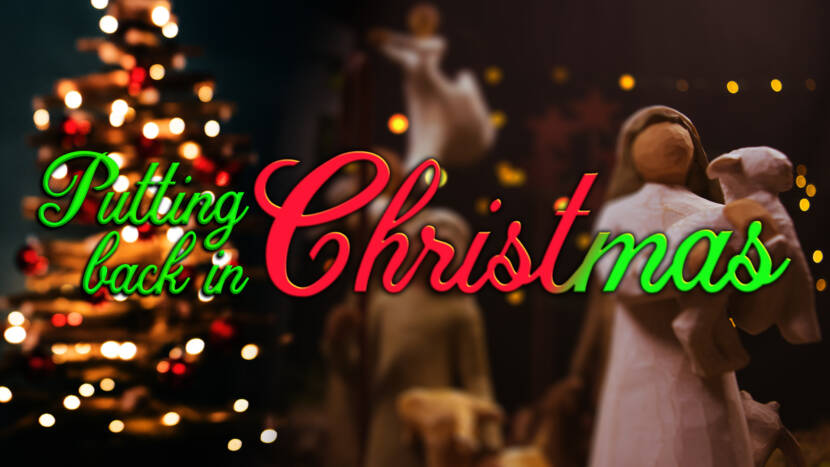 PUTTING CHRIST BACK IN CHRISTMAS

Every year, we lament the erosion of the meaning of Christmas in our culture, and every year we realize we’ve never seen such a hostile, aggressive assault on the holy day. 2021 seems to be no different — in that it’s never been this bad. The only consolation is that our enemies are telling us who they are and how they intend to take away our Christ. But knowledge is power, and as bad as things are, Christians around the world are rising up. In this special, Mike Slater and his panel tell our enemies who WE are and what WE plan to do to put Christ back in Christmas. 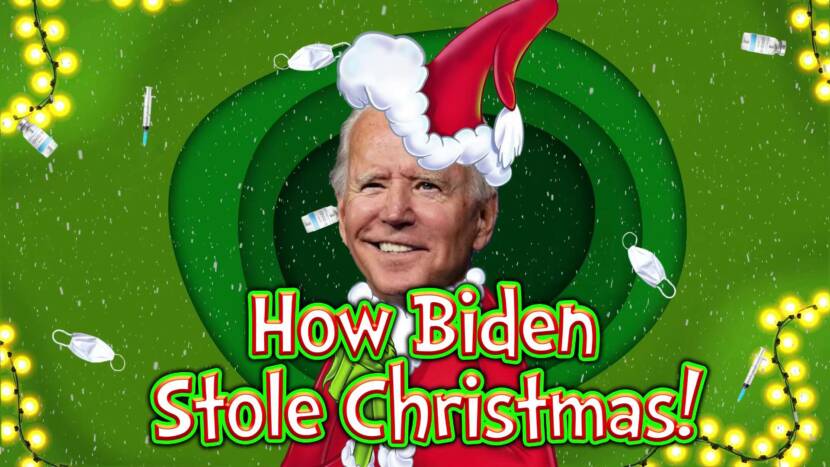 We’re not asking whether Joe and the Clown Show Administration stole Christmas. That’s a given. After all, Joe did leave every American a big lump of coal. But, all kidding aside (as sadistic Santa, Joe Biden would say), this country is poised to have the most expensive & joyless Christmas on record. Have ya seen Jill’s White House decorations? But we will laugh at their expense as we refuse to let the tyrants steal any more joy this year!