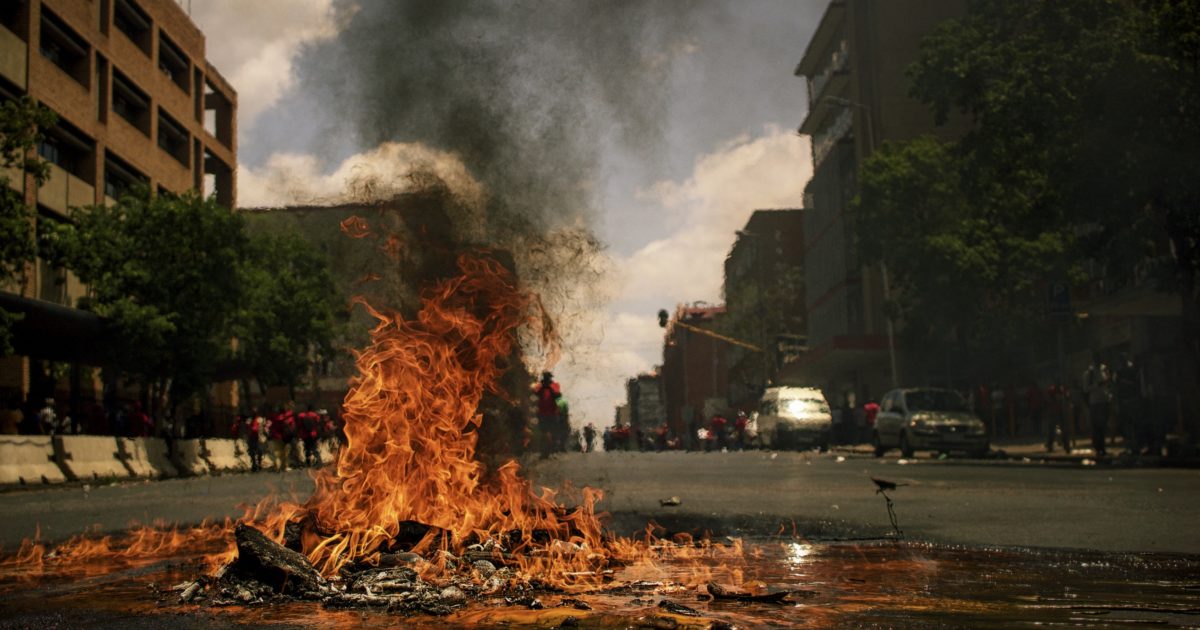 By now, it’s becoming more clear that what the mainstream media warned us about the “red mirage” is more like a “blue drip.” But inexorably, in very tight races where even the bold fail to step up and make a call, there are simply more votes to be counted than any lead President Trump can claim.

So let’s talk about Trump’s legacy. He hasn’t conceded the race, which could be his biggest legacy (one way or the other). I contend that it need not be. Most presidents in the last 100 years have won a second (or third, or fourth, if you’re FDR) term. Being a one-term president is more of an outlier than winning re-election as an incumbent, and if Trump isn’t careful, that could be his legacy.

The “blue drip” may ensure that Trump doesn’t get his second term. This is a very real probability, becoming more probable minute by minute, despite Trump’s lawyer’s protestations, and certain conservatives with a big voice in media who are claiming this is a huge Democrat “Italian Job” on the election.

The “blue drip” means that in the winner-take-all (for Biden, at least) states of Pennsylvania, Georgia, and North Carolina, as the mountain of absentee votes is tabulated, it tends to drip blue, slowly eroding Trump’s lead. The inevitable conclusion here is that one of these states will fall to Biden, and the race will, for all intents and purposes, be over.

To highlight this, let’s go back to 2016, when Decision Desk HQ (in my biased opinion, the best in the business at election results coverage) called Pennsylvania at 12:55 a.m. on November 9.

This was no guess. DDHQ’s chief, Brandon Finnigan, is an electoral Mozart regarding Pennsylvania. He eats and sleeps the Keystone State’s electorate. He also has a world-class computer system teamed with logistical magic powering his service. Finnigan called Pennsylvania two hours before the AP dared, because he knew there weren’t enough votes left to count to put Hillary Clinton over the top.

In 2020, Finnigan is making no such call. Trump’s lead in Pennsylvania is 190,921 votes as of 10 p.m. Wednesday, and it may evaporate over the next two days. Wisconsin fell earlier Wednesday, and Arizona is about to fall. The “red wall” that met the “blue wave” just isn’t enough to hold, in all likelihood. In fact, of all the states I was originally concerned with last night, Georgia might be the one to topple Trump’s hopes. But not as a bellwether for a Biden landslide–just the weakest brick in the wall.

Instead of letting the ballots be counted and the results speak for themselves, Trump and his vanguard have put forth conspiracy theories and lawsuits alleging a vast Democrat power grab to stuff the ballot box.

One theory is that Wisconsin (which has been called for Biden) had an unbelievable turnout percentage. Kimberley Strassel of the Wall Street Journal has advanced this one.

In fact, Strassel has it wrong. “Turnout” is not defined as the number of registered voters, but the number of residents eligible to vote. Yesterday morning I wrote how New Hampshire was forecasting 80% turnout. But New Hampshire law allows for same-day registration for a general election. How could the secretary of state forecast a turnout number without having the registration number set? He can’t, because that number shifts like sand. The number used is how many eligible voters are in a state.

Therefore, Wisconsin’s turnout is much more in line with reality–somewhere just over 70 percent. But the stories won’t die.

It turns out that the website “mkecitywire.com” is part of a network run by an outfit called Metric Media, which was profiled by the New York Times as running a plethora of cookie-cutter websites that carry conservative spin.

It’s not like the Democrats don’t do this every single day; it’s just that Democrats have higher production values and don’t even attempt to hide the fact that the mainstream media is spoon-fed Democrat talking points. Oh, and also, the New York Times will never admit that, but they will cover Metric Media.

President Trump’s lawyers are simultaneously arguing that Wisconsin should stop counting ballots, and Arizona must keep counting them until Trump flips the state. This is a ludicrous position, and is transparently a childish attempt to spin the election so Trump just “wins.” It’s like a three-year old playing Shoots and Ladders.

Trump says that Georgia’s slow counting (which has been a fixture of DeKalb and Fulton County elections for decades) is a sign of corruption. Incompetence, maybe, but corruption in a big enough way to sway the election? Not likely at all. In fact, completely unsupported by any facts.

Trump’s lawyers might have a point dealing with Pennsylvania’s lax ballot qualification process–if a ballot shows up, it’s counted, regardless of when it might have been mailed, or who signed it. But their legitimate point in Pennsylvania is drowned out by the ridiculous claims of widespread fraud in other states.

If the president isn’t careful, his legacy will be as Al Gore’s was–the guy who fought all the way to the Supreme Court to win a lost election, and lost anyway. Except Gore wasn’t a sitting president.

It would be a shame for this to happen. Even as a one-term president, Trump has much to hang his hat on. He had the cojones to move America’s embassy in Israel to Jerusalem. He let Israel be Israel, and treated the other Middle Eastern nations as partners/equals instead of wayward children, which let them make their own deals, and advance the cause of peace more than any president since Carter.

Trump presided over an economic expansion and investment, that, even if he did inherit it from Obama, he didn’t ruin it with excessive government “here to help” garbage. Working with Congress, Trump gutted thousands of pages of red tape regulation from scores of agencies. He did this while increasing the defense budget to nearly $700 billion.

Trump didn’t get us into any new wars, and did his level best to get us out of our unending engagement in Afghanistan, though doing it by caving to the Taliban wins no points with me. Trump tried something different with North Korea. He will forever be known as the president who tried friendship with the cutthroat butcher who runs the criminal, hermit nation. It didn’t work, but then again, neither has anything else.

Trump’s tariffs were painful, and on the whole, painfully stupid. But they put the Chinese Communist Party on notice that Americans can handle the pain, in order to get China, Inc. to change its thuggish behavior, currency manipulation, hacking, spying, and general thievery.

Trump let the GOP cobble together a major tax overhaul, which had the rich bicoastal elite screaming that they lost their deduction for usurious, confiscatory state taxes paid to the Democrat fiefdoms in states like California, New Jersey, Massachusetts and New York. This screaming indicates that the tax plan worked, and transferred the billionaires’ tax load from the states to the federal government, which freed up some money for the middle class to keep in our pockets.

Trump mercilessly trolled the media, which deserved every bit of it. He would not let them get a minute’s rest from their own hypocrisy and narrative spin. He took the lightning from every story, and did it happily, willingly, and without apology. You might think this is being somewhere between an idiot and a narcissist (and it could be that), but I’m grateful that someone did it, because the media has been way too full of itself (and other kinds of excrement) for a very long time. Trump’s performance in this election could be the coup de grâce for the media’s demise, after having committed one of the worst flubs in election history.

Trump appointed 220 federal judges, and three Supreme Court Justices during a single term in office. This may be his most enduring achievement, as the judges serve for life. The electoral squeaker that will likely put Biden into office destroys any mention of “court packing” or other silliness. I think the filibuster will probably last forever with a split between a Democrat in the White House and a Republican senate.

Even if Trump loses, he has many of these things as a lasting legacy. Some of them are much deserved, others he got by mere participation, like a four-year-old’s soccer trophy.

But all of that will be forgotten if Trump continues to claim he won an election he didn’t win, and becomes the 2020 version of Al Gore. Trump’s legacy will be as the guy who wouldn’t leave, even when he lost by the slimmest of margins. It’s fitting if Trump loses by such a small number, and it should be validating to him, because he won by a similar sliver.

Being on the losing side of the election is going to hurt, but it will hurt much more to be remembered for losing badly, when the loss was so close to a win that nobody in the media or polling industry expected to happen.

Trump should let the votes be counted, and unless it comes down to a “hanging chad” like in 2000, he should look at the results and do the right thing. All this conspiracy is a hot garbage fire, and it will burn down not just our nation’s election institution, but also Trump’s legacy in years to come.

It will be a shame to see it burn.