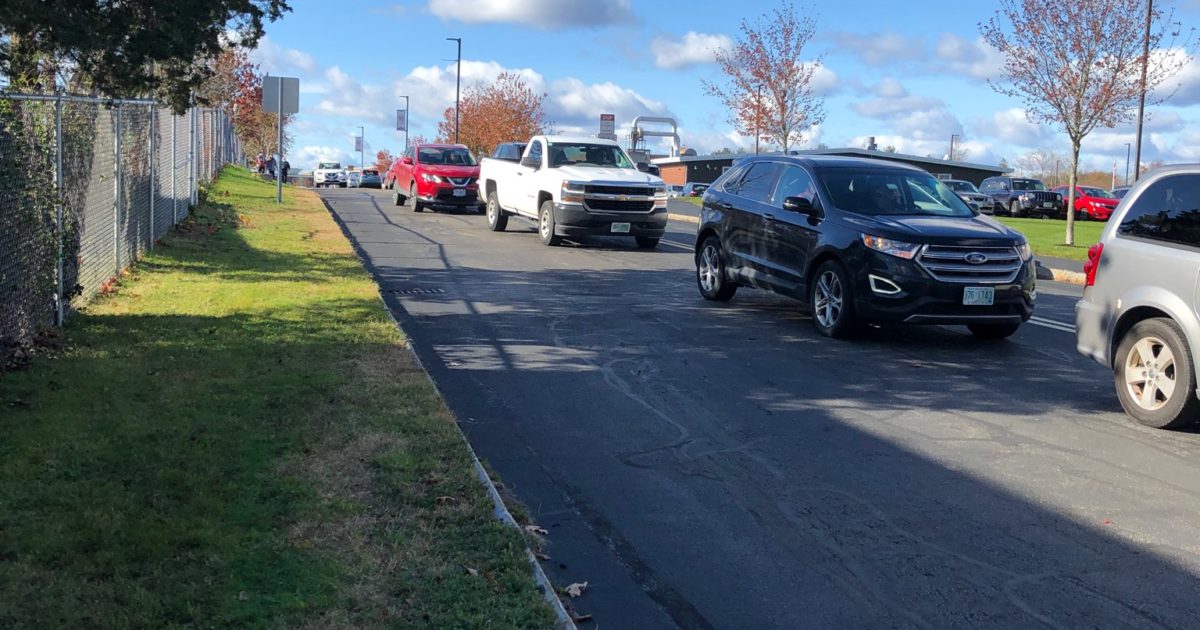 New Hampshire’s Secretary of State is predicting up to 80% turnout for the 2020 presidential election. The highest U.S. voter turnout in over a century is around 68%, and that was in 1900. The Granite State is poised to see at least 800,000 votes by the end of the day, with local clerks having received 233,000 absentee ballots already.

“I wouldn’t be shocked if we had tens of thousands more than that, but I’m being conservative,” he said.

Bill Gardner has been running NH elections since 1976. He’s “never wrong,” according to my source on the ground in cold New England.

Lines of cars are seen on a crisp fall day in the Granite State, where President Trump has visited a few times this year, while Joe Biden has avoided the state since February. Then again, Biden has generally avoided everywhere except last minute visits to battleground states.

There are just over a million registered voters in NH where Joe Biden has an 8 point lead according to the latest UNH polls.

What does this mean? Probably not much, but it could mean that everyone on both sides is very motivated to get out and vote. That’s a good thing for America either way.