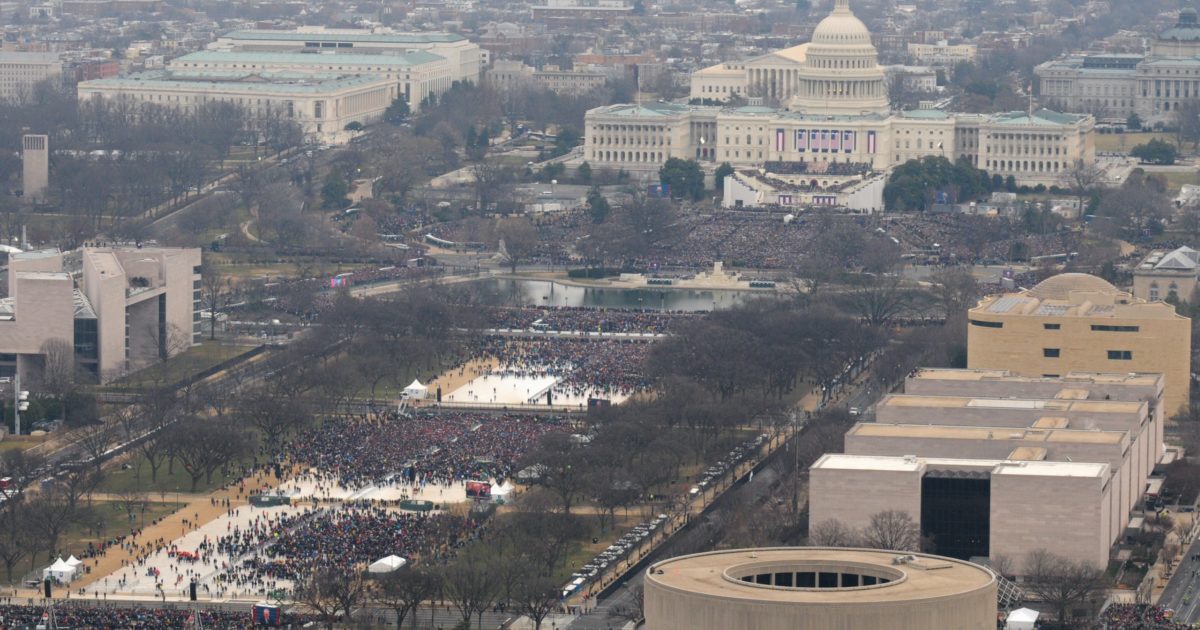 Remember January 20, 2017? President Trump claimed that he had the largest audience in history for a presidential inauguration. While many in the media claimed the crowd was sparse, evidence of the actual crowd size indicates it was more substantial than Trump’s detractors claimed, but nowhere near Trump’s hype. The then-new president reportedly called the National Park Service to get them to provide evidence to back his version, but the NPS didn’t play ball.

I bring this up to remind you that what the media shows us, and what the president shows us, does not represent the reality of things. (For additional confirmation, I was present at the inauguration, and the weather, protests, and other factors did affect crowd size, but the ones who were there showed lots of enthusiasm.)

The reality of this election points to a Biden landslide. There’s no escaping the poll numbers. But we’re also seeing massive turnout for Trump rallies in the last days before the election. We’re seeing evidence of Trump momentum, but we’re also seeing unheard-of numbers of early votes–more ballots and in-person early votes received this year than all votes cast in 2020.

Every bit of polling evidence leads to this conclusion: Without an enormous flood of Trump voters on Election Day–breaking every record of turnout for the last 100 years-it’s likely we’ll know with a fair degree of confidence that the election is going to Biden before the end of the night Tuesday.

But what if it doesn’t?

David French wrote this week, the polls are so decisive, that if Trump wins he “will call for a complete and total shutdown of the polling industry until we can figure out what’s going on.”

This election has always been a referendum about President Trump’s leadership. During the last four years, we’ve not experienced any new wars, any giant pressure on the president to act as a leader, but really just a gentle sea with easy winds blowing into the full sails of our economy. All Trump had to do was stay out of the way, and aside from tariffs and bombast, he generally did.

Then coronavirus struck, and we wish Trump had stayed out of the way, but he didn’t. People are on the whole unimpressed and unhappy with Trump’s leadership on the pandemic, which wiped out every economic gain the nation won during Trump’s first three years.

In reality, Trump did what most presidents would have done, but it isn’t what he did, it’s what he said, and the public show he put on doing it that really sunk him. I think the reality speaks for itself here.

The question is, are there enough voters who would lie to pollsters, or simply refuse to speak to them, while also going out and voting for Trump, in states Trump won in 2016, but trails in 2020. If there are, and the pollsters (the reputable ones) simply failed to find them, then our entire political polling system is irreparably broken.

I use the work “irreparably” meaning that the polling system would need to be completely examined and rebuilt from the ground up. A Trump victory would mean that statistical models, sampling techniques, telephone polling questions, and extrapolation math would require a complete overhaul, to literally be remade from scratch.

Therefore, this election has become a referendum on political polling. A Trump victory would also prove that the election–and his presidency–is exactly what he has claimed for four years. Trump characterizes his presidency as a battle between voiceless, ignored Americans, with him as their avatar, and a media-tech-corporate power structure so entrenched and powerful that they can warp reality at their whim.

The media, corporate America, and heck, the government itself, has shown us one view of Trump’s presidency, as an uninformed, and unteachable incompetent trying to thumblessly hold the reins of government, while drawing all attention, profit, and fame to himself. They have shown us opinions of Trump associated, former cabinet officials, and “Anonymous” staffers presented as “senior officials” trying to contain Trump’s Trumpiness. They have shown us polls, protests, and mockery.

After four years of “the walls are closing in,” and “the beginning of the end,” either we’re at the walls, or the end of the end, or everything we’ve been shown is completely and utterly wrong.

Then again, Trump has shown us some good things: his public commitment to Israel, and to pro-life organizations (no American president ever spoke in person at the March for Life until Trump). But most of the daily walk through his presidency has been trolling, trolling, and more trolling. He tweeted and said things, I believe, just to bait his opponents and the media into conversations they never thought they’d have.

Trump has warped reality to such a degree and so many times that we literally cannot tease the truth out of the web of lies and distortions.

Tuesday should be a window to clarity. We should see the polls reflected in the results, and therefore Trump should lose, and lose big. We know we can’t trust the media and the president to give us a true view of reality.

At least we can rebuild the polls.