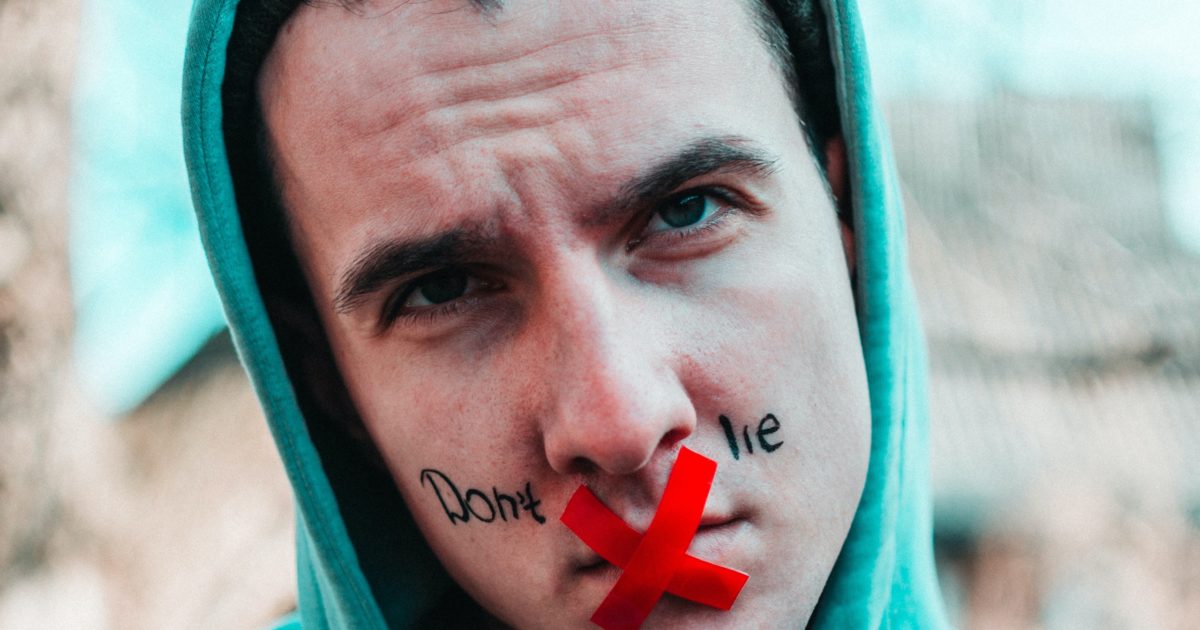 Who is Miles Taylor? According to an Op-Ed headlined “I am Part of the Resistance Inside the Trump Administration,” published by the New York Times in September, 2018, bylined to “Anonymous,” Miles Taylor is a “senior official in the Trump administration.”

But in August of this year, Miles Taylor left his position as chief of staff at the Department of Homeland Security (where he undoubtedly did some child cage work) and joined CNN as Biden-endorsing political contributor. As he’s now acknowledged, he’s come “out of the shadows.” Host Jake Tapper said that CNN had no idea.

Erick Erickson wrote that Taylor told a bold lie to Anderson Cooper’s face when asked if he was “Anonymous.” So we know four things:

A fifth thing: CNN said they won’t fire Taylor. Because their liars are lying for a good cause, and Trump just lies.

Now, I doubt Donald Trump could pick Taylor out of a lineup. But it is worth mentioning that Taylor’s book came out the same month he left his position within the administration. The idea that he was risking something when it was released, necessitating anonymity, is false. So is the idea, it seems, that he ever resisted Trump immigration policies in the White House. It was just a hackish way to create publicity and push resistance stories. Which media organizations eagerly allowed him to do.

To sum up, the Times published a screed by a publicly unknown high level staffer, hyped it beyond its importance, which allowed this staffer to write a book, leave government service, sell the book, and slide on over to CNN as a Biden shill.

And that’s all just fine with the print media, social media kingpins, and CNN. And of course it’s fine with Joe Biden and the Democratic cabal.

This exchange between Sen. Ted Cruz and Jack Dorsey, the chief of Twitter, who sported a Ted Kaczynski beard for his remote appearance before the Senate, courtesy of the Daily Signal:

“You forced a Politico reporter to take down his post about the New York Post as well. Is that correct?” Cruz asked.

Dorsey said the company changed its policy on the story.

“Within that 24-hour period, yes. But as the policy has changed,” Dorsey said.

Dorsey said if the New York Post deleted the story it would have the account back, and would be free to re-post the story.

Cruz responded by talking about the power of Twitter’s platform:

So Twitter can censor Politico, you can censor the New York Post. Presumably you can censor The New York Times or any other media outlet. Mr. Dorsey, who the hell elected you and put you in charge of what the media are allowed to report and what the American people are allowed to hear? And why do you persist in behaving as a Democratic super PAC, silencing views to the contrary of your political beliefs?

Dorsey defended his company, stating it plans to publish the process for content moderation and provide greater transparency to gain public trust.

“We’re not doing that [censoring the media]. That is why I opened this hearing with calls for more transparency,” Dorsey said. “We realize we need to earn trust more. We realize that more accountability is needed to show our intentions and to show the outcomes. So I hear the concerns and acknowledge them. But we want to fix it with more transparency.”

Committee Chair Sen. Roger Wicker from Mississippi questioned Dorsey about why tweets from Ayatollah Ali Khamenei threatening Israel or promoting Holocaust denial are still up, along with a CCP official’s tweet claiming the U.S. Army planted COVID-19 in China.

“We believe it’s important for everyone to hear from global leaders,” Dorsey said, without irony, since President Trump’s tweets earn “fact check” and other protective tags so readers don’t become misled.

We have policies around world leaders,” the Twitter CEO continued. “We want to make sure we are respecting their right to speak and to publish what they need. But, if there is a violation of our terms of service, we want to label it.”

Wicker: “They are still up. Do they violate your terms of service?”

Dorsey: “We did not find those to violate our terms of service because we considered them saber rattling, which is part of the speech of world leaders in concert with other countries.”

To be clear, Twitter’s terms of service mean that certain misleading information, like Trump’s tweets, are violations, but others, like calling for wiping Israel off the map, or denying the Holocaust, are not.

To Dorsey, it’s not even ironic that Nick Pacilio, senior communications manager at Twitter, who’s in charge of deciding what is the kind of misleading that violates the TOS and what isn’t, was Kamala Harris’s press secretary.

It’s not even a revolving door anymore between big tech, big media, the Deep State and the Democrats. It’s a food court.

They can, have, and will censor, spin, lie, and suppress stories and people who don’t march to the progressive elite drummer’s beat. They will promote, reward, laud, and cover for the lies of those who do.

In October, 2010, then-President Barack Obama told a Univision radio audience they needed to “punish our enemies and…reward our friends.” He said this in regards to sitting out the election versus going out to vote. The friendly media gave Obama every chance to explain and spin away the remark, while focusing headlines on him seeking to “blunt Republican attack” over it.

Hahahahahaha. Right. Obama meant exactly what he said. They are all exactly what we think they are. Obama, Biden, the Democrats, and every mainstream news media company, along with the big tech social media kingpins, are an axis of tyranny.

And Tuesday, November 3, they think America is going to hand them carte blanche to do as they please.