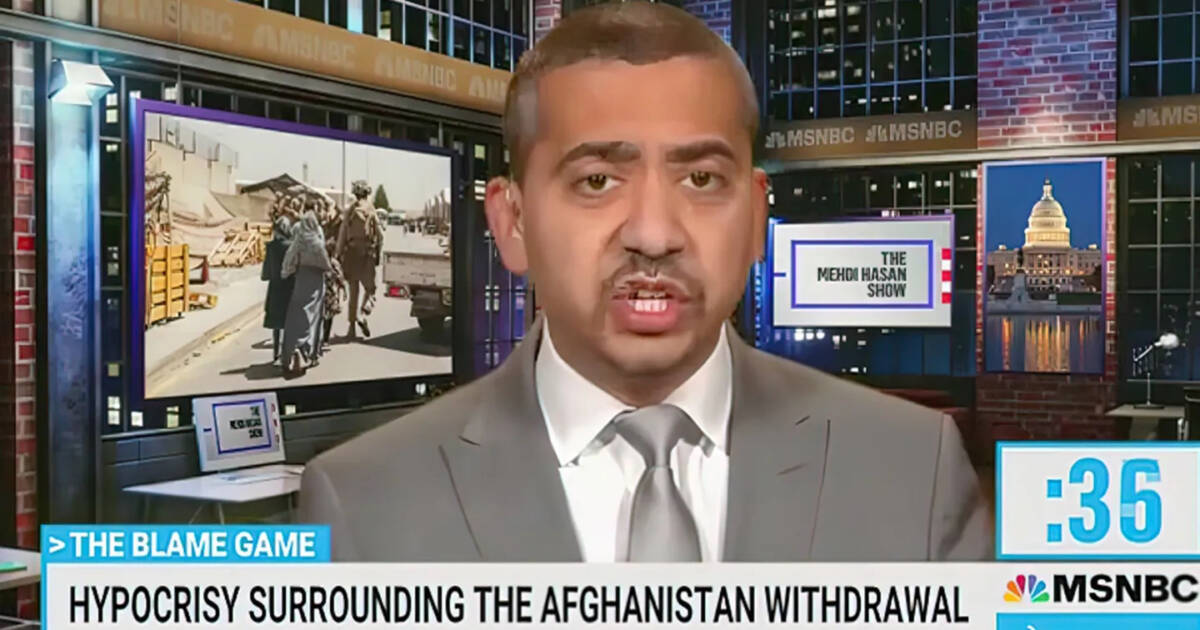 MSNBC’s Mehdi Hasan was blasted on Twitter on Thursday when he complained that Democrats never went after Trump the way Republicans are going after Joe Biden —a claim that’s demonstrably false.

“Be as mad as you like about House Republicans kicking off day one after winning the House with a massive investigation into the Biden family but also ask yourself why House Democrats didn’t do this for *the Trump family*. Ask yourself this on the day Pelosi is retiring btw,” Hasan tweeted.

Many Twitter users responded that Trump and his family had, in fact, been investigated by House Democrats along with several other agencies.

Oklahoma State Sen. Nathan Dahm wrote, “You could ‘ask yourself why’ or you could do a quick internet search to discover that House Democrats DID this for the Trump family. If only there was a group of people who’s job it was to report such facts to the people…once again fake news proving they are enemy of the people.”

“Uh, Mehdi? The Democrats most certainly investigated Trump’s family. Just like today, it was the first thing they embarked on after gaining power after the 2018 midterms. Sorry you missed it all…” Townhall.com columnist Brad Slager tweeted, along with four headlines proving his point.