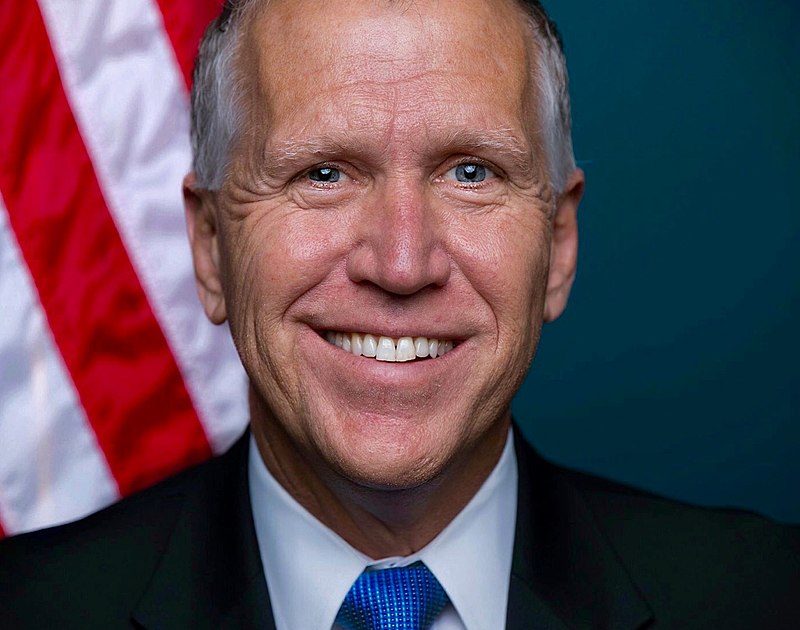 One of the Senate races to keep a close eye on is the battle for Thom Tillis’s seat in North Carolina. The Tar Heel State has become a battleground state in recent elections after going for Barack Obama in 2008 and then flipping back to Republicans in 2012 and 2016. This year, North Carolina is a toss-up with Democratic challengers holding leads over both President Trump and Republican incumbent Senator Thom Tillis.

Tillis, a first-term senator who defeated Democrat Kay Hagan in 2014, is representative of many other Republican incumbents who were once critical of the new Republican standard-bearer, but who eventually drew closer to the president.

Politico noted in November 2019 that Tillis “began the Trump era by negotiating with Democrats on immigration and co-authoring legislation to protect special counsel Robert Mueller. He even briefly opposed President Donald Trump’s national emergency to build a border wall.” But today, Tillis has a 93 percent Trump Score from FiveThirtyEight, indicating that he almost never votes against Trump’s wishes.

What happened in the intervening years is that Tillis became concerned about a strong primary challenge. After watching such Republicans as Jeff Flake and Bob Corker challenge Trump and then be forced out, Tillis likely concluded that his best bet was to stick close to Trump.

And for a while, it worked. Tillis won his primary this year with 78 percent of the vote. However, there might have been an ominous sign in the fact that all four Republican senatorial candidates received a combined total of 779,858 votes while the five Democrats received more than 1.2 million votes. His eventual challenger, Cal Cunningham, outpolled Tillis in the primary by more than 100,000 votes.

Cunningham, a state senator and retired army officer, has led for much of the campaign. Cunningham pulled ahead in polling during the summer after close polling in the spring. Tillis has not led the Real Clear Politics average since June 22.

On October 2, two things happened almost simultaneously to shake up the race. First, Tillis announced that he had tested positive for COVID-19. A few hours later, a sex scandal erupted around Cal Cunningham.

Tillis’s positive test with no symptoms was followed closely by the revelation that Cunningham had sexted and had an extramarital affair with a political consultant. The affair may ultimately cost Cunningham both the election and his commission as a lieutenant colonel in the army reserves, which has regulations that prohibit adultery. While quarantined with the Coronavirus, Tillis was unable to fully exploit his opponent’s bad news.

At this point, Tillis seems to have recovered completely from his brush with COVID. On Tuesday, he was highly visible at the confirmation hearings for Amy Coney Barrett as he condemned personal attacks on the judge.

But Cunningham seems to be recovering from his sex scandal as well. In the days since the news broke, Cunningham has led in every poll save one, an Eastern Carolina University poll that had Tillis up by a single point. To date, the scandal has cost Cunningham only about one point in the Real Clear Politics average.

Thom Tillis is a decent senator who, like many other Republicans, found himself between a rock and a hard place during the Trump years. Republican incumbents had the choice of standing by their convictions and facing the wrath of Trump’s base or of shifting Trumpward and taking their chances with voters in the general election.

Even Republicans from deep-red states such as Georgia are feeling the heat as voters make their displeasure with the Trump Administration known. The situation in battleground states like North Carolina is even tougher for Trump-friendly incumbents. A party that is unforgiving of disloyalty to the president does not mesh well with the moderate electorates of swing states.

For Tillis, the bet on Trump looked to be a losing proposition until fate intervened in the form of Cunningham’s sexual indiscretions. The question is whether Tar Heel voters are more forgiving of a cheating husband or a pro-Trump senator.