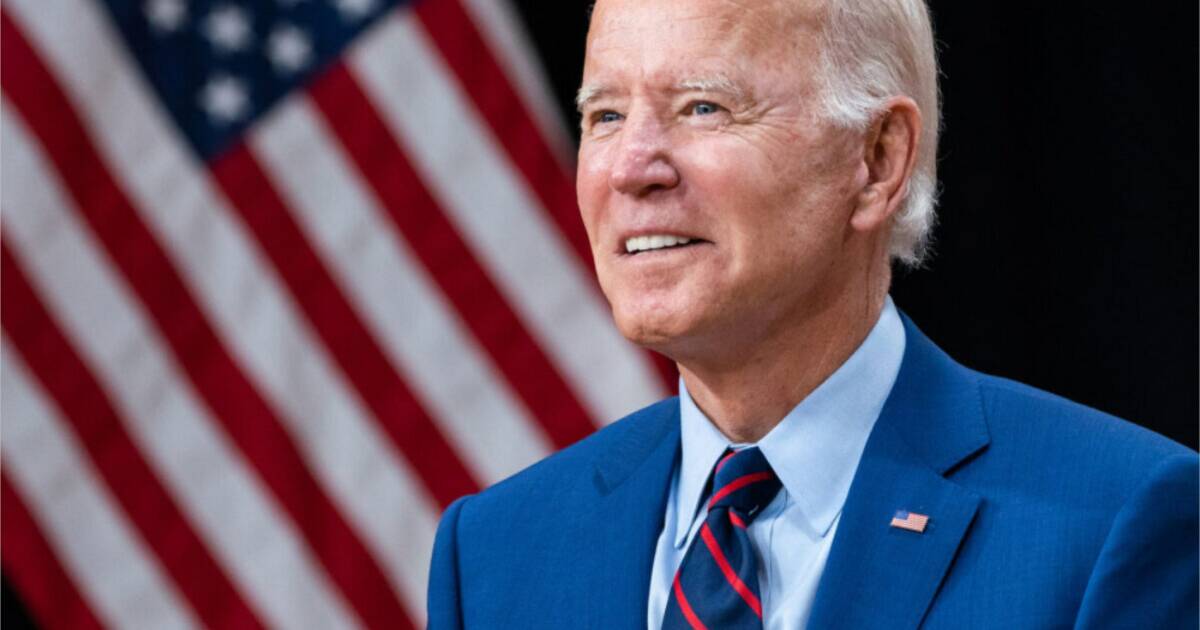 President Biden gave the speech I implored him to give yesterday. Almost.

Speaking at the iconic Independence Hall in Philadelphia, Biden made a sweeping denunciation of “MAGA Republicans” and the lunacy of Donald Trump’s beliefs.

And here, in my view, is what is true: MAGA Republicans do not respect the Constitution. They do not believe in the rule of law. They do not recognize the will of the people. They refuse to accept the results of a free election, and they’re working right now as I speak in state after state to give power to decide elections in America to partisans and cronies, empowering election deniers to undermine democracy itself.

This is true. If you’ve seen some of the garbage spewing out of Trump’s “Truth Social” account (the entire site is nothing but one giant river of Trump worship), you see the problem here.

It’s lunacy. There is no “remedy” to declare the 2020 election “irreparably compromised.” This, and the thousand other things that issue forth from Mar-a-Lago and the MAGA media in its grasp, is little more than a call for violent revolution. If you look at the candidates for state houses and secretaries of state, governors and federal offices that Trump has endorsed, there is little doubt that many of these would participate in an illegal putsch to force Trump into power using the technical levers of government.

Biden’s condemnation of political violence, and commitment to defend our laws is commendable, and I commend it.

Yet, while saying that not all Republicans are “MAGA Republicans” or extremists, Biden lumped conscientious conservatives and faithful evangelicals who are not caught up in Trump worship, in with those who “live, not in the light of truth but in the shadow of lies.”

I know plenty of MAGA-hat wearing folks. I live in Georgia, after all, and outside of Atlanta’s core and a few bastions of liberalism, it’s pretty common to see Trump signs and hats. These are good people. They’re not white hood-wearing racists, or stupid rubes. They think for themselves, and many of them well understand that dog whistles are not just a right-wing thing. It’s one thing for Biden to condemn political violence and lies, exposing the power-hungry grifters (“partisans and cronies”) that populate Trump’s orbit. It’s another thing to mention in the same breath:

Playing MAGA into pro-life, pro-family, pro-religious freedom for Bible-believing American to live in peaceful conscience, as “a threat to our personal rights, to the pursuit of justice, to the rule of law, to the very soul of this country” is ear-shutting, liberal claptrap.

After that statement, most conservatives who aren’t political junkies, very online activists, or reporters have stopped listening. Even those who tell me they can’t stand Trump, know when they’re being lumped in with the worst people who follow him.

As Biden talks about unity and healing division, at the same time he divides and casts out those who don’t agree with everything he believes. About 12 paragraphs after those folks tuned out, finally Biden said “I know politics can be fierce and mean and nasty in America. I get it. I believe in the give and take of politics, in disagreement and debate and dissent.” I believe Biden believes this, but he lost all but his own fans by that point.

This was a political speech, and there’s a midterm election coming up. Democrats want to make it a referendum on MAGA versus democracy, the Supreme Court versus abortion rights. The AP’s coverage of Biden’s speech included a few words from the president, then veered off into Republican leaders’ responses, calling Biden’s speech “wading into risky political terrain” because he didn’t condemn all Republicans.

The essence of communication is simplicity. I think Biden’s speech was 90 percent simplicity in its message. Unfortunately, the other 10 percent was political invective of the worst sort. “Democracy and equality,” coming from a progressive liberal, means they get to make the rules, and only outcomes they deem important are equal. The whole notion of “created” and a “Creator” endowing humans with equal dignity is foreign to those who wish to “fundamentally transform” America through active social engineering.

I do think Trumpists can listen. Biden’s not wrong when he said many have “made their choice” and embrace “chaos.” But that’s not as big a number as he presents. Tens of millions voted for Trump—against Biden—in 2020. Biden hasn’t built confidence in his ability to include those people in his vision of America. He had a good chance to stop hammering them last night. But when all you have is a hammer, everything looks like a nail.