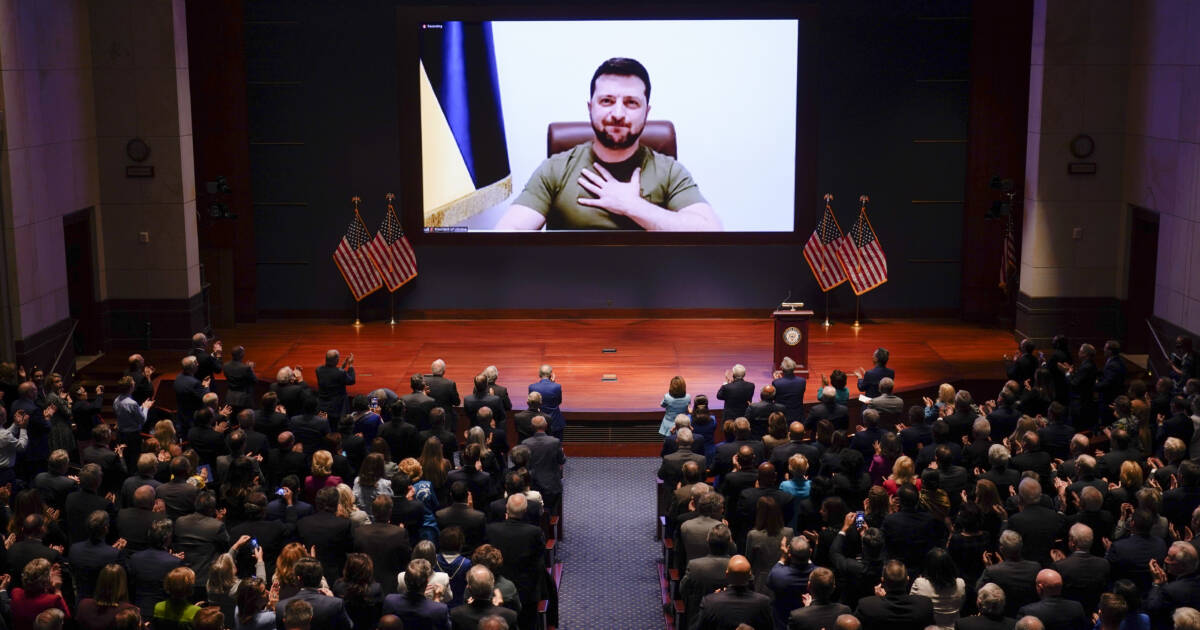 Zelenskyy shared a video of the destruction in Ukraine, including mass graves and wounded children. The video ended with a message, pleading for help to close the airspace over Ukraine.

Zelenskyy then went on to make a plea directly to President Biden: “you are the leader of your great nation, I wish you to be the leader of the world.”

Senator Lindsey Graham has announced that Senate Republicans will be pressuring the Biden Administration to send Zelenskyy everything he needs to defend himself and his country.

“Will be holding a press conference this morning on Zelensky address to Congress and a Senate resolution urging the Biden Administration to facilitate the transfer of aircraft, such as MiG-29s, and air defense systems to Ukraine.”