Governor of Florida Ron DeSantis is not letting the mainstream media wrestle away the narrative of HB 1557 —what critics incorrectly and dishonestly refer to as the ‘Don’t Say Gay’ bill.

According to the Daily Wire, “[WFLA’s Evan Donovan] asked whether DeSantis supported the legislation, which was on the Florida Senate floor, noting that critics have renamed it the ‘Don’t Say Gay’ bill.”

“Does it say that in the bill?” DeSantis asked, interrupting.

“I know that you support —” Donovan tried again.

“Does it say that in the bill?” DeSantis repeated the question.

“I’m asking you to tell me what’s in the bill, because you are pushing false narratives,” DeSantis continued. “It doesn’t matter what critics say.”

“For who?” DeSantis asked. “For grades pre-k through three. So five year olds, six year olds, seven year olds — and the idea that you wouldn’t be honest about that and tell people what it actually says, it’s why people don’t trust people like you because you peddle false narratives.”

“So we disabuse you of those narratives — and we’re going to make sure that parents are able to send their kid to kindergarten without having some of this stuff injected into their school curriculum,” DeSantis concludes.

GET OFF MY LAWN: DeSantis Signs Bill Making it Illegal to Protest Outside Private Homes in FLA

Florida Governor Ron DeSantis has signed a bill making it illegal to protest outside private homes in the state of Florida. DeSantis’ move comes in the wake of protests at the homes of Supreme Court Justices in response to the leaked Roe v. Wade majority opinion. “Sending unruly mobs to private residences, like we have …

‘STEP UP TO THE PLATE’: DeSantis Calls on Biden to Unleash the Full Potential of American Energy

Florida Governor Ron DeSantis took a shot at the Biden Administration this week for failing to stymie record high gas prices and out-of-control inflation; DeSantis says “step up to the plate. Expand our own energy production.” “This is the worst inflation this country has seen in over 40 years,” DeSantis continued. “We’re proud that we … 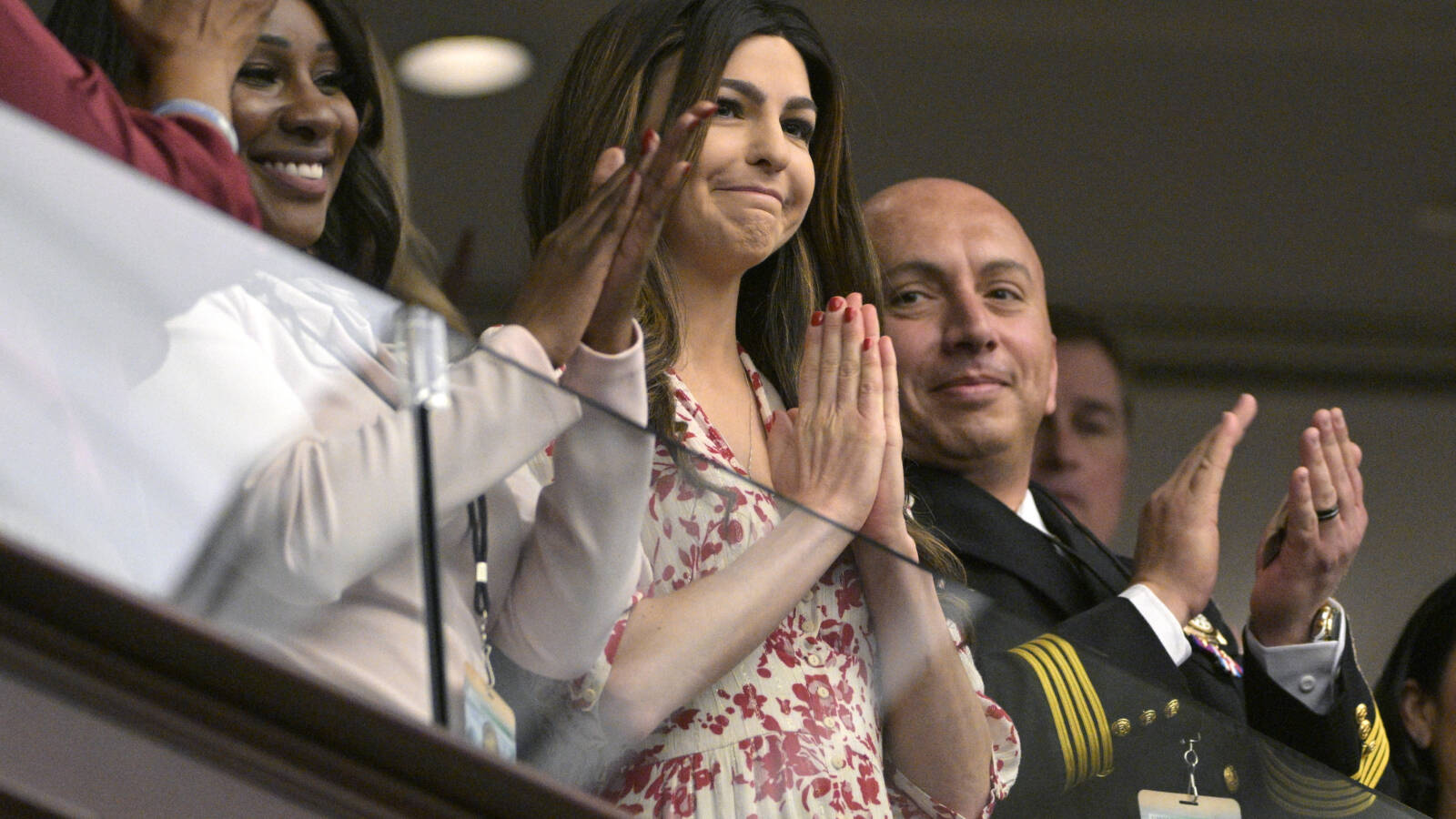 ‘DAMN IT FEELS GOOD TO BE HERE’: Casey DeSantis Back on Campaign Trail After Beating Cancer

Florida’s First Lady is back on the campaign trail with husband Governor Ron DeSantis —and she couldn’t be happier. During a campaign event held at The Villages in Sumter County, Casey DeSantis took a moment to acknowledge her journey, saying “damn it feels good to be here.” “Governor, I don’t know if this sounds very …

‘WE WILL TELL THE TRUTH ABOUT COMMUNISM’: DeSantis Establishes ‘Victims of Communism’ Day in FLA

Florida Governor Ron DeSantis has signed a bill to teach people about the horrors committed under Communist regimes. “That body count of Mao is something that everybody needs to understand because it is a direct result of this communist ideology,” DeSantis said, noting millions of people died in China under his rule. “I know we …

Florida Governor Ron DeSantis addressed a crowd while speaking at the Hialeah National Day of Prayer breakfast on Thursday; he spoke about the power of prayer in his life and says our rights are from God —not the government. Excerpts from DeSantis’ speech from Breitbart News: “[T]he primary purpose of … government is not to …