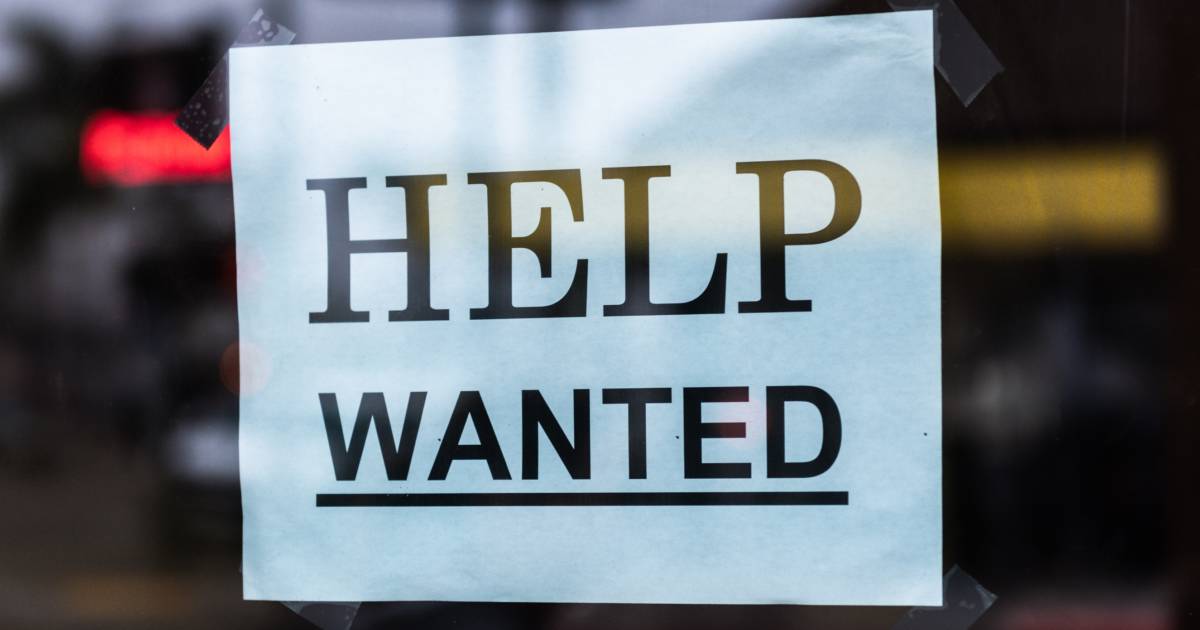 On the way home from Spring Break, I stopped in at the Denny’s 50s-themed diner at Tanger Outlet Mall in Locust Grove, Georgia. It’s a family favorite for us (and I’m sure many others) when we’re driving up I-75. The outlet mall itself was so crowded with travelers they had people directing traffic. There was a line out the door of the Denny’s but only a few people were seated. Was it coronavirus restrictions? No.

The sign out front said “same day interviews,” and inside was a list of every job in the restaurant under a headline “hiring.” The wait for a table was an hour, and if you ordered to-go, your food would be ready in 20 minutes. Again, it wasn’t because of social distancing—Georgia just relaxed those restrictions. It was because there was only one server working, on a Saturday afternoon, amid one of the busiest travel days at one of the busiest retail outlets in Georgia.

I spoke with the manager, Isaac, who was also running the register, filling drinks, and cleaning tables for to-go diners who ate their box lunches inside the restaurant with no tableware or wait service. He agreed that you can’t get people to work when they’re being paid to not work.

This isn’t a problem unique to Georgia businesses, and it’s hitting restaurants and other low-wage employers hard. The New York Times did quite a bit of reporting on this:

Hugh Acheson, a chef with restaurants in Atlanta and Athens, Ga., is in charge of food and beverage at the new Hotel Effie Sandestin, in Miramar Beach, Fla. Around the time it opened in February, he said, one online job site advertised more than 300 line cook openings in the same area. “And those listings had been up for, like, two months,” he said.

And here’s the reason:

Restaurateurs say many former employees are choosing not to re-enter the work force at a time when they can make nearly as much or more by collecting unemployment benefits.

“You have some cases where it’s more profitable to not work than to work, and you can’t really fault people for wanting to hold on to that as long as possible,” Mr. Fox said. (emphasis mine.)

I don’t fault the people who are sitting at home, collecting Pandemic Unemployment Assistance benefits, living off their stimulus payments, and reading articles titled “6 ways to use your monthly child tax credit.” Why work when you can not work and get paid for it?

I fault the government for paying people to not work right at the time when we need to begin working. We can’t all be consumers and none of us be workers providing the goods to consume. We can’t all sit at home ordering from Amazon, then like the well-paid, unionized workers at The New York Times, get up in high dudgeon when Amazon employees in Bessemer, Alabama vote against unionization by a factor of 2.43 to 1.

Why go out and work in manufacturing, or construction, or retail, or food service, when Amazon will hire you for $15/hour, give you 30 hours a week, and work you like a dog, until you quit to take more from the gov’mint teat?

The chief economist at the National Federation of Independent Business, Bill Dunkelberg, says the NFIB’s member businesses believe “one of the problems, of course, is that it pays you pretty well to be on unemployment these days.”

Others say it’s a “skills mismatch.” Personally I think both explanations are right. People whose best option is an $11 or $12/hour semi-skilled job, or a job that pays in tips, are going to hold out for the $15/hr job. That leaves businesses dependent on stable labor with massive shortages, or the unattractive option of paying more for the same unskilled labor pool.

But even with higher pay, workers are quitting, because they know the government will pay them while they hunt for a better job.

Meanwhile, President Biden and Congress are coming up with even more ways to spread cash over the economy, driving workers to look for higher pay, leaving businesses short of workers, and paying more the ones who stay. At some point, this model will fail.

The Child Tax Credit payments of up to $550 or more per month beginning in July are going to explode the problem this summer, only to crash it in 2022. Half the money will come back in tax refunds, but many who are now living on PUA payments don’t realize that the money they’re getting now is taxable income. People receiving these payments are going to eat up their remaining tax credits in tax payments to the federal government and the states.

In February 2022, watch Congress yell a gigantic scream to get these benefits paid permanently, as the labor market crashes, jobs disappear, and businesses fold for lack of workers. I call that socialism, by the way.

It doesn’t take a genius to realize that all this money going to people who need to be working instead of looking for higher paying jobs that they won’t get or keep is hurting our recovery from the pandemic, and will hurt the economy more next year. We’ve got idiots running things in Washington, D.C. who believe in bread and circuses.