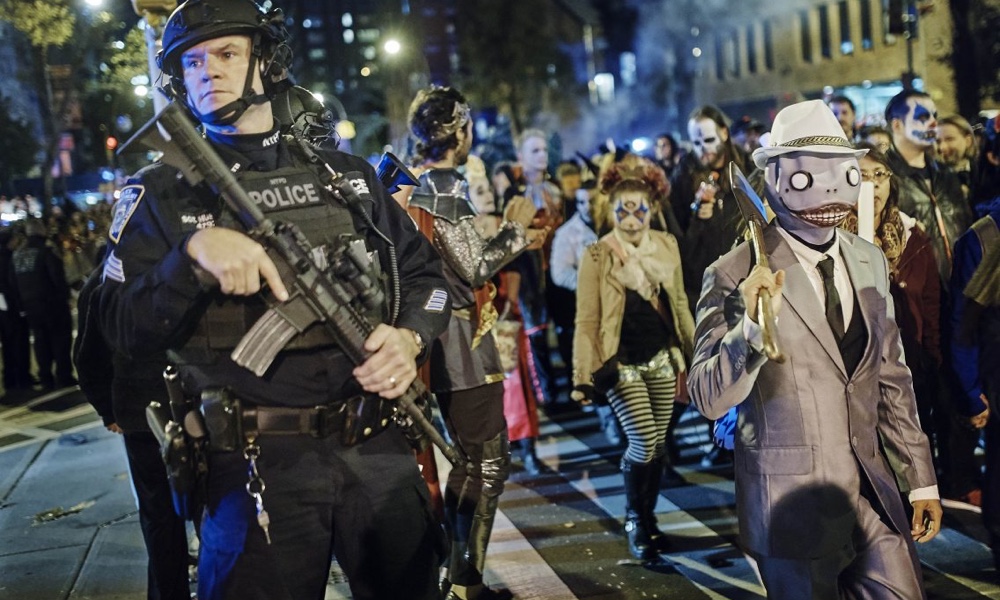 Liz Cheney is about to lose in Wyoming. She played by the rules, the Democrats’ rules. Another useful Republican is about to exit the stage and make room for more Trumpists. Democrats did this.

In 2015, Donald Trump rode down the golden escalator at Trump Tower and gave a racist, anti-immigrant speech that both horrified and electrified Hillary Clinton. Herself had already rigged her victory over the populist wing of Democrat voters—the Sandernistas and Bernie Bros—her control of the DNC practically guaranteed her the nomination. All she had to do was make sure she ran against Trump.

It was the greatest backfire in American history since Aaron Burr killed Alexander Hamilton in a duel to save his own honor.

Trump got $5 billion in “earned” (as in free) media during his ride to the White House. He barely spent a dime on advertising or campaigning, other than taking his aging jet around the country to enormous, packed rallies. Those arenas were filled with people scared of what the country had become from their point of view. A giant, powerful federal government was run by coastal elites, and nearly eight years of Barack Obama, who, just before his 2008 election said“we are five days away from fundamentally transforming the United States of America,” frightened many and alienated others who felt left out and underfoot.

Some of the rally-goers were just curious, because Trump had been a household name, mogul, bit movie cameo hound, and reality TV star for years. Some were put off by Trump’s meandering, bullying style. Some were there to protest him.

Before making a single ad spend, Trump already had more free media than Hillary, Bernie, Ted Cruz, Paul Ryan and Marco Rubio combined. He owned the news space. His tweets, speeches, and statements were covered wall-to-wall, with Democrat-friendly news outlets trying to build outrage against him, and Fox News going for pure ratings with their prized mid-America audience.

Democrats encouraged this. The last ounce of decency in the Republican field fell to the siren of Trumpism—I believe it was when Ted Cruz imbibed the poison Kool-Aid after his “vote your conscience” speech at the Republican National Convention, followed by his obeisant submission 32 days later, when after “many months of careful consideration, of prayer, and searching my conscience,” he unplugged from all decency and bowed before the Orange Throne.

Democrats cheered, because they had the goods on Trump. A whole treasure trove.

The “Access Hollywood” October surprise nearly took Trump out. Hillary’s over-confident campaign took their foot off the gas to cruise to a win. When they lost, they blamed James Comey and the FBI. But it’s not true. Hillary lost because she’s a terrible candidate, and her own shortsighted hubris brought her down, from the moment she decided that she could beat Donald Trump, who wasn’t playing by anyone’s rules.

Even in 2016, 60 percent of Trump voters—this is an indisputable fact known from exit polls—believed Trump was not qualified for the job of president, but voted for him anyway. Of all voters surveyed, 14 percent believed neither candidate was qualified, but 75 percent of those chose Trump.

The “goods” on Trump were baked in, and Democrats, in Hillary, offered voters nothing, except “not Trump” on the table.

In 2020, Democrats managed to overcome the incumbent’s advantage only because Trump was so bad in his last year in office, that a dead cat could have beat him. In fact, a dead cat did beat him. From March through October, the Biden campaign focused on virtual events, and only in “flippable” red states. Only in October did they return to door-knocking. Biden spent $6 million in Texas alone, with a $1 million anti-Trump boost from The Lincoln Project, in the last month before the 2020 election.

From the convention through Election Day, mostly Joe Biden stayed home. His campaign frequently announced a media lid—no more coverage opportunities—by 9 a.m. The media had nothing to cover but Trump, and Trump’s own mouth did the work for Biden. Truly, a dead cat would have won.

Biden inherited a coronavirus mess, in that supply chains, imports, jobs, the service sector, healthcare, the economy in general, and government were in disarray and some areas were in literal tatters. It would not have mattered if Trump or Biden was in the White House, 2021 was going to be a tough year. Biden made it worse by governing the way he campaigned—mostly invisible. His unforced errors and self-owns in Afghanistan have brought his approval rating below even Trump’s.

Yet the short-sighted Democrats have a long-term strategy to prop up Trump and his acolytes. Somebody in the White House should have restrained Inspector Javert Merrick Garland from his juggernaut-like pursuit of any kind of charges against Trump. If anything can turn Trump from a shrill has-been into a victim, it’s the FBI, which has doggedly pursued him for six years, by hook or by crook.

As George Will wrote last week, “no value ever eclipses all others.”

Regarding this week’s events in Palm Beach, Fla., of course the rule of law is important. So, however, are other things, including social comity and — check the Constitution’s preamble — domestic tranquility. No value ever eclipses all others. Fiat justitia, ruat caelum — let justice be done, though the heavens fall? Let’s not.

Democrats declared that nearly 63 million Americans who voted for Trump in 2016 were “deplorable.” Then in 2020, over 10 million more voted for Trump, despite the fact that he had proven what they believed in 2016: he was unqualified for office. But the Democrats only had Biden, who nobody believed would be a stellar president.

Voters’ expectations tend to shape those who are elected in the sense that they live up or down to the core beliefs people have. Trump was widely believed—even by those who voted for him—to be an unqualified, self-aggrandizing, sex-crazed, monomaniacal crook. So when he actually showed himself to be those things in office, who could be disappointed? Biden’s expectations are that he’s “not Trump.” But what did we get with Biden in office? Blaming Trump, comparing to Trump, going after Trump supporters, endless references to January 6th, and now, an FBI raid on Trump’s private home.

These things may, individually, be justified. However, together, they represent a shocking shortsightedness, a political myopia, by Democrats, who still believe they have a constituency among those who were shocked by Trump in 2016. They truly don’t understand that they’ve lost a large chunk of the hispanic vote, and have not regained much of the Black vote. Democrats believe they have an overwhelming mandate from the electorate, but what they really have is an online echo-chamber.

Instead of offering voters something to believe in—Obama gave a master class in 2008—Democrats are sticking to “not Trump.” But to do that, requires having Trump around. Trump still has 70-odd million voters who know who and what he is, but may still vote for him because, well, he’s not Joe Biden. Those voters are dying of thirst to have something else on the menu to drink. They are starving for real candidates, but all they are getting is more hacks and quacks.

Democrats blame the 70-odd million voters, but do little to entice them to vote for Democrats. Meanwhile, they help bring more Trumpists into key races, while rehabilitating Trump himself as the focus of the news. If they succeed in putting Trump away (in prison), they’ll have violence, and they’ll deserve it because of the way they did this.

In the end, Democrats might win anyway, because violence from extreme right-wingers only helps them, but at what cost? Another January 6th, but this time a massacre? Riots in red states? A pyrrhic victory at best.

From the beginning, Democrats, from the Machiavellian Hillary Clinton, to the aging cadre of leaders who are fighting against bicoastal socialist/populists, have engineered the yardarms from which their own gallows swing. They’ve made half the country their executioners, and declared them enemies. In the process, they’ve done actual damage to the nation by elevating the worst candidates Republicans can offer so they can retain power at all costs. They didn’t realize show short-sighted and dangerous this was, and is.

I’m afraid we’re all about to find out.