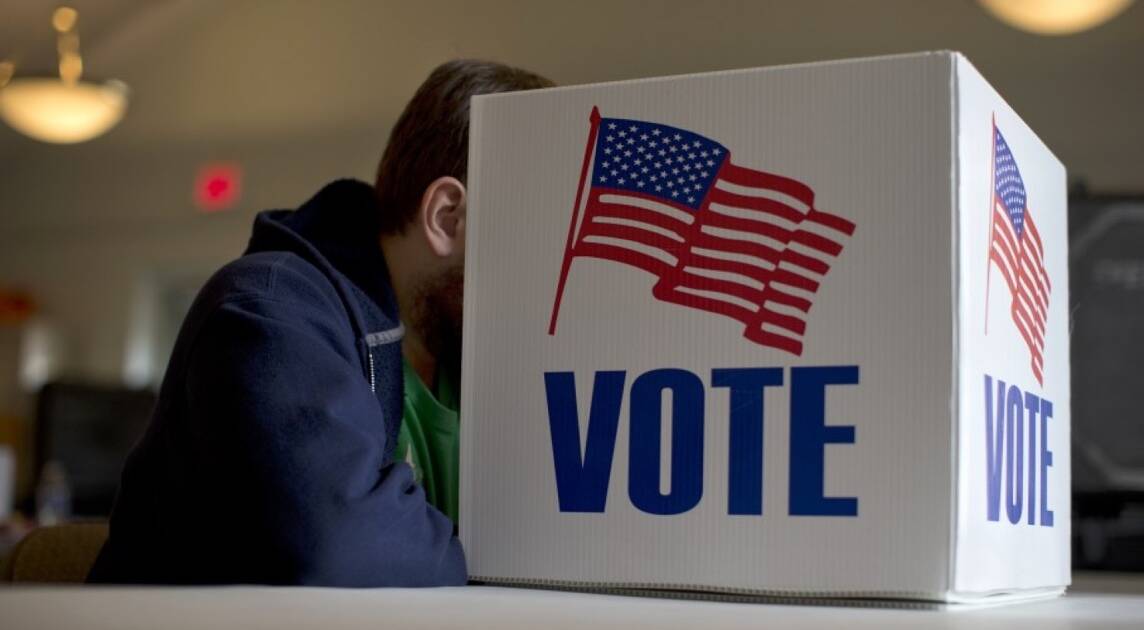 Voters are in a bad mood (apologies to my brother Jay; I cribbed his phrase). In some races, all the candidates are trash. I talked to a friend this week as we endured a staccato string of attack ads from both sides in the Georgia race for U.S. Senate, who said it’s more important to vote for a party, not a candidate.

I asked what he meant by that. He explained that GOP policies at least make sense for the country, and what party is in control of Congress determines which laws get passed, and of course the White House and state-level are equally important. So if Republicans control things we tend to get more sanity in results, he concluded.

But historically, is this true? The last time the U.S. ran a budget surplus was when Bill Clinton was president with a Republican-led Congress. Newt Gingrich’s “Contract with America” set a policy agenda, and Clinton played ball. Things weren’t perfect, and of course, Bill’s cosplaying King David and Bathsheba with an intern distracted everyone. However, it seems that when the parties actually cooperate to, you know, govern, is when we have the best results.

As FiveThirtyEight noted, “we’re not in 1990 anymore, Toto” (I’ll spare you the link to the Wizard of Oz). Polarization and negative partisanship (hating the other party) have squeezed swing voters into the smallest bloc ever. Only in states like New Hampshire, where rugged populism meets rabid libertarians with a social liberal streak, do you find split tickets without a tinge of reactionary bile. In Georgia, voters may split the governor and senate races, but that’s mainly because of the respective candidates liabilities.

Smaller states, in general, tend to be more “elastic,” meaning voters are more responsive to national politics, and “swingier” as FiveThirtyEight put it. So you have Rhode Island, Hawaii, Alaska, N.H., Vermont, Massachusetts, and Maine topping the list, and big states like Texas, California, and Florida less elastic.

Voters in less elastic states need more incentive to swing or split tickets than the more elastic states, historically at least. But as trends go, the country itself is less elastic than it has been, and less “swingy”. Hillary Clinton in 2016 was an exception in that her campaign and the candidate herself was so terrible as to squander non-swingy states like Pennsylvania—which has suddenly become terribly swingy.

So, quality of candidates does matter, doesn’t it? If a terrible candidate after eight years of imperious ObamaNation can give the likes of Donald Trump the White House and both houses of Congress for two years, then where are we right now, with a weak, unpopular president who isn’t invited to campaign for anyone but the safest races in the country?

Does it make sense in this environment to vote for a party? If Republicans can swing one race—Georgia, for instance—without losing a seat, they can control the Senate 51-49. Not enough to overcome a filibuster (if it happens, watch all the Democrats get acute amnesia about ending the filibuster and become ardent minority-party rights defenders), but enough to kill anything Democrats want to do. Combine that with the likely outcome of Republican control of the House. Let’s say voters put Republicans in charge of our national legislature, at the cost of some really janky people in Congress. Is that better?

I replied to my friend, that putting a party in power because you like its policies still means someone has to uphold those policies. You have to trust someone. Mitch McConnell? Kevin McCarthy? McConnell is no Trumpist, but he did let Trump off the hook in 2020 when he could have almost single-handedly brought about a last-day-in-office conviction, barring Trump from ever running again. McCarthy is pretty Trumpy.

If we make the election about who could help Trump engineer a “win” in 2024 by any means, legal or not, then it’s obvious that no matter what policies Republicans hold that voters might like, avoiding that scenario is more important. Many voters are taking this position, but others ignore it or kick the can down the road. Some voters are Trumpists (not enough to elect him), but others are simply agnostic about Trump’s power trips and lies, believing he can be restrained while others make policy.

Until January 6th, I found myself in the latter camp regarding restraint, but find myself placing greater emphasis on individual candidates and their ability to do the right thing. In short, character still matters.

If the GOP takes both houses of Congress, coming into power with nothing but a flaccid “Commitment to America” as a policy statement, and no platform other than “what Trump wants,” can McConnell and McCarthy move the party to a safe harbor of sanity? Can they suppress the MTGs, while keeping (let’s say) Herschel Walker and Dr. Oz in line?

Many Republicans thought that the TEA Party wave in 2010 would move the GOP into sanity harbor, but look at what Ted Cruz has become? The entire movement became a grift, which eventually transformed into a barely-disguised racist, anti-immigrant movement. CPAC is now a disgusting mix of nationalists and anti-liberty authoritarians.

Meanwhile, Democrats are about as toxic as they’ve ever been, driving out even the most mildly centrist like Tulsi Gabbard. The best representation of the Democrats is probably the Los Angeles city council, which is so poisonous that President Biden has given it his full-throated denouncement. Democrats, with control of both houses and the White House, have accomplished very little in the last two years, and not because of Republican obstruction—they’ve gotten much of what they wanted. It’s just that what they wanted has accomplished so little.

Perhaps, voting for actual candidates is better than voting for parties, even now. If Republicans control the House, Democrats have a bare, technical, majority in the Senate, and Biden, all but a lame duck, in the White House, the worst case is nothing at all gets done. I have to say that doing nothing at all is a whole lot better than doing precisely the wrong things.

It’s a free country. Voters are in a bad mood. If you want to elect people based on the “R” or “D”, nobody’s stopping you. But at some point you have to trust someone to live up to the policies (as bland as they are) of the party you’re choosing. Doing that for the sole reason that the other party is insane in your mind is choosing a different form of insanity. We elect candidates to office, not parties, but yes, parties having control can make a difference. As for me, I will stick with candidates, and if, as in the Georgia race for U.S. Senate, my vote—or lack of a vote—means Republicans lose, then maybe Republicans should give me better candidates to choose.