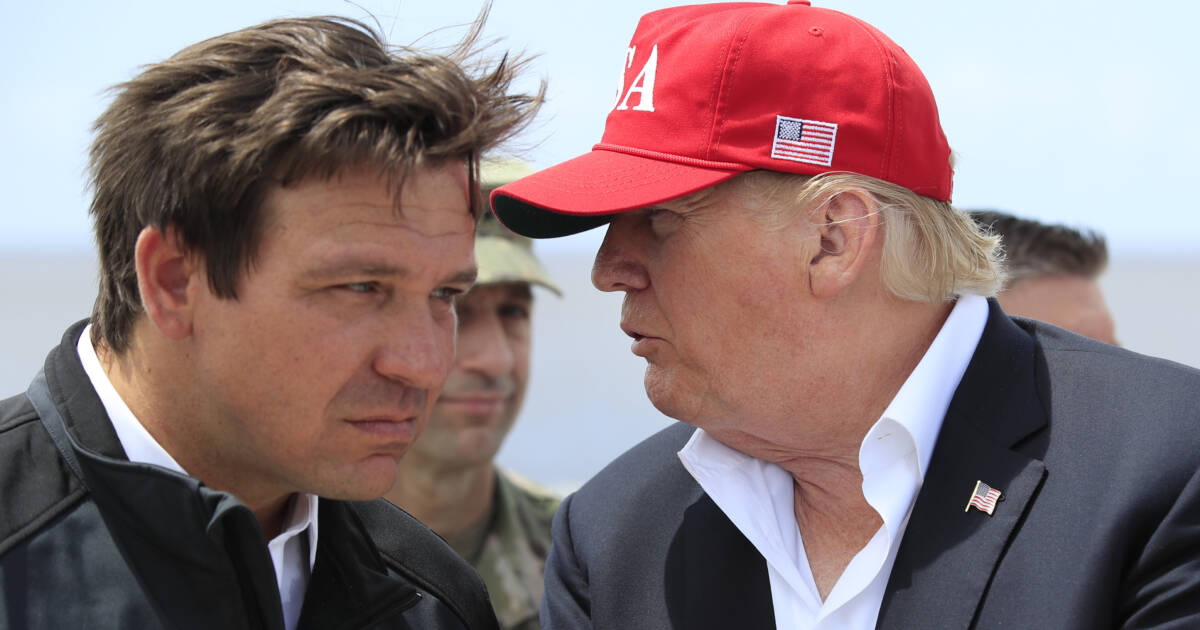 All signs point to Trump wanting to make another run at the White House in 2024. But it sounds like he may have some competition from one of the Republican Party’s rising stars.

According to Business Insider, “Former President Donald Trump is said to be furious that Florida Gov. Ron DeSantis, a rising star in Republican politics, won’t publicly rule himself out of a bid for the 2024 presidency if Trump decides to [run].”

“Trump had been complaining to members and guests at his Mar-a-Lago resort in Florida that DeSantis hasn’t joined other potential rivals in making a public declaration that he won’t run for president in 2024 if Trump decides to,” Politico reports.

“Trump told advisors that DeSantis had privately told him that he wouldn’t run if Trump does, ‘but that’s not enough for the former president — he wants DeSantis to say it in public,’” the report adds.

Florida Governor Ron DeSantis has signed a bill to protect religious institutions from emergency lockdowns; “I don’t think the government has the authority to close a church,” DeSantis says. From Newsmax… DeSantis on Friday signed SB 254, which states that an emergency order may not directly or indirectly prohibit religious services or activities unless the government …