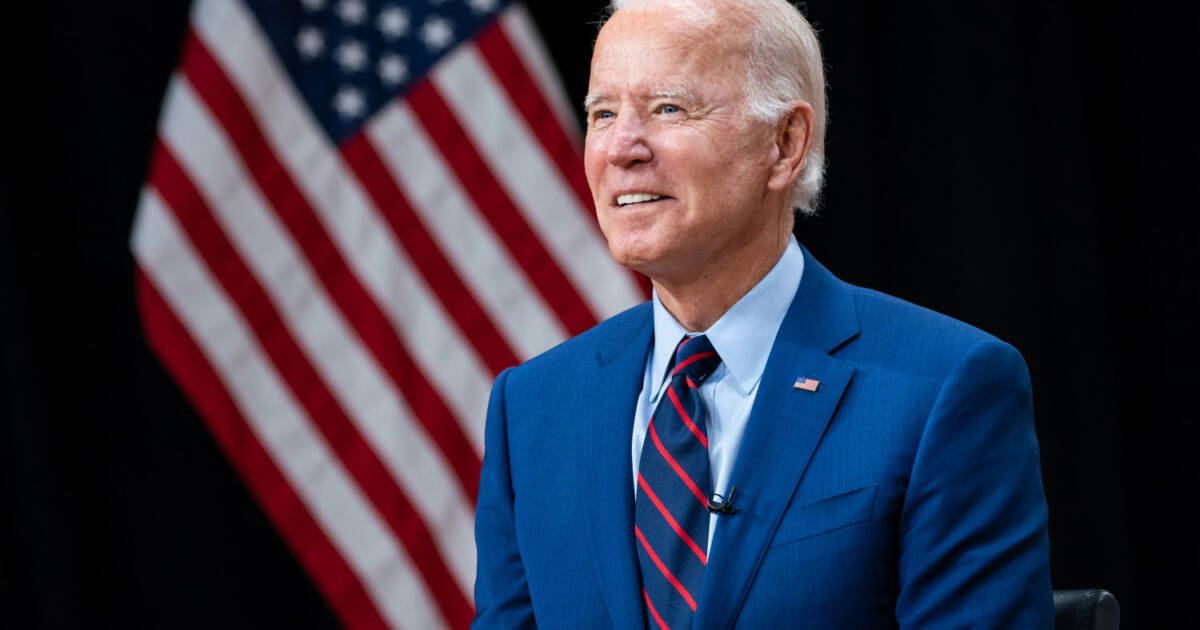 President Biden promised a billion dollars in humanitarian aid to Ukraine on Thursday. Good. He also said that Putin uses chemical weapons in Ukraine, the response would be “in kind.” He appeared lucid, present, and, for the most part, prepared. Good for our president, because we need him to be at his best during this fraught hour. I really do root for him, because the U.S. doesn’t need to fail. If you’re rooting for Biden to fail because you didn’t vote for him, you’re flirting with foolishness, or maybe you enjoy climbing high trees and sawing off the limb where you are sitting?

All that said, Joe Biden is prone to wandering. It’s just who he is. After his prepared remarks, he took a few questionsfrom the media, which for Biden is always a spin of the English language roulette wheel. In this session, he managed to torture a phrase “women and husbands” before correcting himself. After that, he either forgot who he was going to see, or nearly violated OPSEC, I’m not sure which. His recovery made me laugh along with the rest of the room.

I plan on attempting to see those folks, as well as I hope I’m going to be able to see — I guess I’m not supposed to say where I’m going, am I?  But anyway, I hope I get to see a lot of people.  (Laughter.)

The biggest heap of word salad, however, dealt with sanctions. Christina Ruffini from CBS asked a very astute question: “Sir, deterrence didn’t work.  What makes you think Vladimir Putin will alter course based on the action you’ve taken today?”

“Let’s get something straight: You remember, if you’ve covered me from the beginning, I did not say that in fact the sanctions would deter him,” Biden answered. “Sanctions never deter. You keep talking about that.”

But Vice President Kamala Harris said that sanctions do deter. She said it at the Munich Security Conference on February 20th.

We are left with two possibilities here. One, that Biden is talking word salad and doesn’t like to be wrong, or to answer questions that might lead to being accused of being wrong. That’s certainly possible, because the kneejerk reaction from Biden to such accusations tends toward anger at the questioner.

Two, that Biden never expected Putin to be deterred, and sanctions were never meant to deter him, but to limit his window of success, and hinder the long-term viability of his operation in Ukraine. Given what Biden knows of Putin, and his public remarks (Biden claims he told Putin to his face in 2011, “I don’t think you have a soul.”), to me it’s far more likely that Biden believes that sanctions never deter, at least in Putin’s case, if not in most cases with totalitarian despots. They never worked with North Korea, China, or Iran. The dictators simply grin and make their people bear it.

The second option, of course, indicates the low level of respect, or care, that Biden has for his vice president. She may as well not exist, or be replaced with a cardboard cutout. Nothing Harris says is relevant, and if the White House sends her to a conference or meeting, that’s a clear indication the the administration couldn’t care less about what happens there, as far as setting policy goes.

A great deal of this disrespect is directly the fault of Harris herself. If you want a heaping helping of word salad, just read the transcript of any of her press conferences. I don’t think there was ever a lot of mutual love between the Biden and Harris camps; it was always a marriage of pure political calculation, not designed to last beyond November 3, 2020. So Biden will say what he believes, and ignore whatever comes out of Harris’s mouth.

When the Biden White House is serious about something, Joe will go, not Kamala. She is a cipher.

I haven’t been closely following Judge Ketanji Brown’s confirmation hearings. My general opinion is and has alwaysbeen that she’s eminently qualified for the high court. Both she and Leondra Kruger have the experience and qualifications. Jackson was from the beginning the betting favorite. She should be confirmed and it shouldn’t even be the least bit controversial.

During her mostly boring grandstanding hearing, Sen. Marsha Blackburn asked Jackson to define “woman.” Her response was telling: “I’m not a biologist.” I love that answer, because for a progressive liberal, it’s an admission against interest. If “woman” is a social construct, then a biologist would be the last person you’d ask. If “woman” is a power structure to oppress by cisgender white people with penises, a biologist would give a totally useless answer in that context.

The context Jackson chose to use in her answer, however, was biology.

The quickest Google search on “woman” in that context yields Biology Online’s definition.

1. An individual of the sex which conceives and brings forth young, or (in a wider sense) which has an ovary and produces ova. The male and female of each living thing. (Drayton)

That kind of rules out “birthing person,” “bleeder” (such a gross and vulgar term), and other pretzeled definitions that imply biological men can menstruate. Good.

That definition also opens the door to many policy implications, like the performance of trans women on the sports field. If the biological context is primary, the court can’t ignore results like this: The 2016 U.S. Olympic team women versus the top 16-year-old high school boys in the same year. Boys win 92 medals vs the women winning six (just one gold) in track & field and swimming events. It’s not even close.

How could SCOTUS even flirt with ruling that trans women competing against biological women is fair?

I suspect that progressive liberals will claim that Brown was speaking in word salad, or that she can be ignored like Kamala Harris.