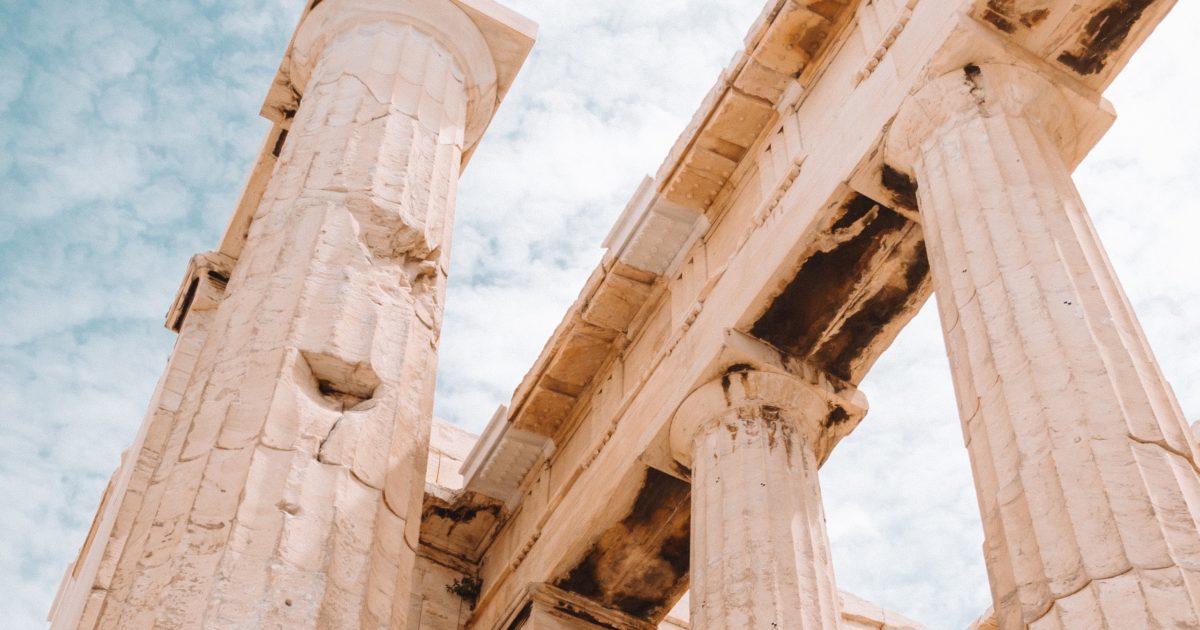 Your candidate is not Samson, and the “other guys” are not Philistines. We cannot pull down the whole temple on top of ourselves and them, in order to somehow make justice out of a mess. This means that regardless of how the election results turn out, we must accept the results.

There’s plenty of reasons to be skeptical of the results. For example, Pennsylvania, which may be the linchpin of the whole election, if it’s close. The Keystone State may be the perfect storm of early voting, mail-in voting, restrictive laws and meddling judges. We may see a quick “victory” by Trump on election night, followed by a chip-chip-chipping away and ultimate reversal of the state by up to 22 points (!) to Biden.

Geoffrey Skelly did yeoman’s work at FiveThirtyEight explaining the scenarios:

About 2 million mail-in ballots have already been returned so far, almost one-third of the total number of votes cast in the state four years ago. But because the state can’t begin processing mail ballots until 7 a.m. on Election Day, it could be awhile before we get full results in Pennsylvania. State officials have said that it could take until Friday to finish counting most ballots. And between Tuesday and Friday, there could be a pretty big shift in terms of which party is favored in the vote tally, given that Biden supporters are far more likely to vote early or absentee than Trump supporters, who are far more likely to vote on Election Day.

Next week, we may be looking at days of uncertainty. We must resist the urge to cry “foul!” or “rigged!” because the task this year is exponentially beyond and harder than anything the nation’s election apparatus has had to digest.

Or, alternatively, we could have David French’s prediction happen. It’s not only possible, it’s very probable. To quote David (and I agree here): “In short, if Trump wins, then I, David A. French, will call for a complete and total shutdown of the polling industry until we can figure out what’s going on.”

I agree because for the polls to be this wrong, once, is a black swan event. For it to happen twice, and in greater magnitude, is a failure of the system.

But just because the political polling system might be broken, America’s election system is not.

A feature of American federalism is that elections are carried out at the most atomic level. One of the most thankless positions in American government is the person who runs an election board. The position, in respect versus blame ratio, is somewhere between the sound guy at a church and a process server. When things go right, or even marginally screwed up but eventually right, the election supervisor gets no recognition, “good job” or pat on the back, just a “hmmpf.” When they go badly, oh gracious, Nelly bar the door.

Remember Brenda Snipes, the Broward County election supervisor, who resigned after accusations she, umm, had her thumb on the scales? Remember 2018, when Andrew Gillum withdrew his concession against Gov. Ron DeSantis? Did the result change? No. But Snipes was one of the casualties.

Gillum called for a Samson approach, “an uncompromised and unapologetic call that we count every single vote.” Gillum was down 34,000 votes at the time, with little chance he could win–in fact, his recount would have had to turn up 15 times the biggest swing ever recorded in a gubernatorial recount, in any state.

“I just don’t want to do this again,” said a weary Mark Herron, one of Florida’s top election-law lawyers, who was part of former Vice President Al Gore’s recount team in 2000 vs. George W. Bush. “I just don’t wanna.”

Stacey Abrams still claims that Gov. Brian Kemp “stole” the Georgia governor election, despite winning by about 55,000 votes. Again, the biggest swing in any state governor race recount was under 3,000 votes. It’s obvious that Abrams lost, fair and square, no matter how many inconsistencies and vote irregularities exist.

The flawed reasoning behind these calls for recounts and claims of rigged elections is that if one election board, county, or municipality has a Brenda Snipes with her finger on the scales, then they all could. This is absurd.

There are 3,141 counties in America, and some states, like New Hampshire, divide voting responsibilities down to the community, with over 200 individual election supervisors and town moderators. Individual state secretaries of state and state election boards carefully draft and maintain procedures in accordance with state law on how to run elections.

The fact that when Democrats tried to run their own caucus in Iowa it became a total disaster, yet states run primary elections as regular as clockwork, with little problem (this year excepted), is proof that the task is difficult, but the machinery of our government system works very well at the atomic level.

Political polls run on very slim representations of voters, then apply statistical methods to project those results onto the electorate. Many, many assumptions are baked in to these polling results, which sometimes lead to outliers like the latest WaPo/ABC Wisconsin poll showing Biden ahead by 17 points. The pollsters running that poll apply proper statistical methodology to extrapolate their results. They earned an “A+” rating by FiveThirtyEight’s modelers. They know what they’re doing. But the results are literally unbelievable.

That has no bearing on the actual election results, which are, in fact, the best possible effort to count every single vote. And in just about all cases where it’s material to do so, they are all counted. I’d give, statistically, the American form of election machinery a “five-nines” reliability rating. That means 99.99999%, the same rating essential machinery like nuclear plants and communications systems get.

The fact is, voter fraud in America is a tiny, and rare problem. I found an academic paper, adapted from a 2003 study, that shows how rare it is. Read it if you want the truth.

Analysis of several cases of election fraud that have received significant attention in recent years suggests that some of the most notable allegations of fraud have proved to be baseless.

Donald Trump has been unfairly treated by the media. Absolutely. And the media/social media/corporate axis of tyranny positively wants Joe Biden in the White House. All true. The polls may be wrong. I’ll believe they may be, and Trump may well win.

But the election itself is gold standard. Whatever the results are, however long it takes to tabulate, whatever lawsuits, rulings, messes, and votes in limbo result, we need to work through those problems like astronauts solving technical issues in space. Work the problem, don’t throw out blame or cover your own behind.

Trump is not Samson. We must not pull down the whole temple of our election system, which works as the best in the world for a large, pluralist, diverse society, just because our candidate lost.

The Democrats are not Philistines, who will have their temple and god Dagon toppled in a festival of blood and death. Republicans are also not Philistines and Joe Biden owes the nation acceptance of the results, even if he loses.

If we destroy the election because we don’t like the outcome, we’ve done more damage to the nation than either candidate could ever do from the White House.

If President Trump calls for rejecting the results because he won the Election Day in person tabulations but lost the mail-in vote counted three days later, I will break from Trump and oppose him. If he lost, he lost, and he must step down.

If you’re a Biden supporter, and Biden refuses to concede, you must oppose him and force him to concede.

On January 20, either Trump or Biden will be sworn in, and that person will be president. It’s important–supremely important–to our nation, that the person taking the oath does so with the nation assured that the election, like 99.99999% of all American elections, was done according to the rules, and every vote material to the result was counted.