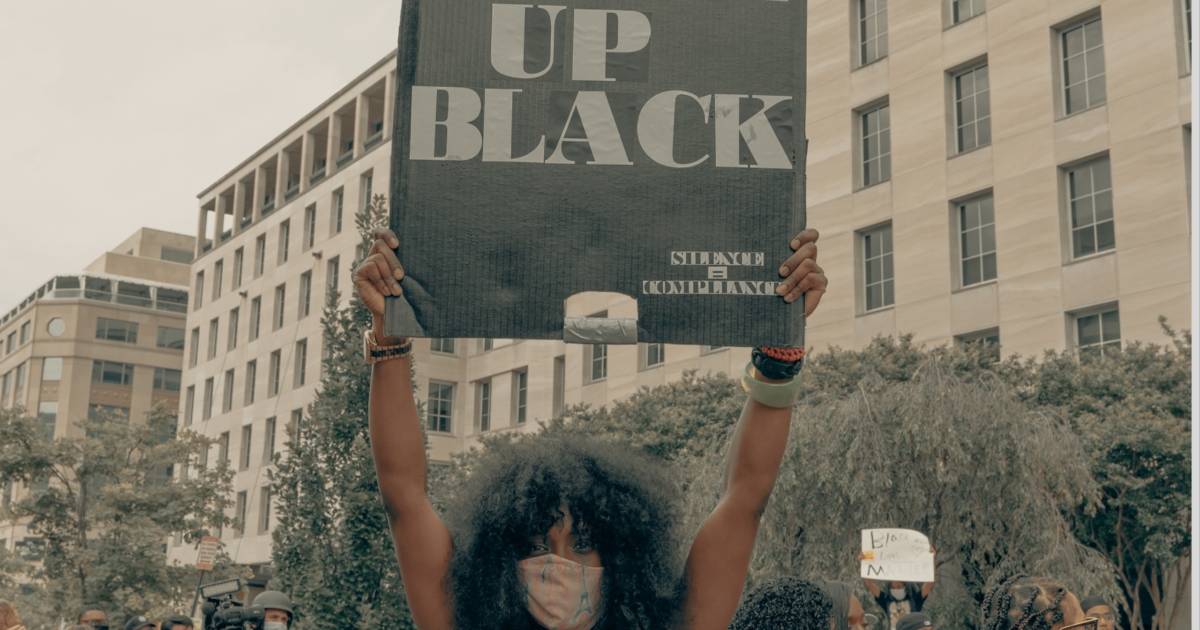 The Great Awokening has spread through corporate America like a Jonathan Edwards New England revival. Company after company has succumbed—nay, joined in with enthusiasm—the social and political racial/sexual/victim identity race that’s been gathered up under the marquee of “equity” in the Biden administration.

When there are so many options in the world to get goods, services, and news, sticking inside your comfortable bubble should not be hard. In fact, it isn’t. But it’s really infuriating to see companies we like and buy from becoming part of the Woke culture. Why is that?

Atlanta-based Coca-Cola recently mandated that outside law firms must comply with a racial diversity policy that requires 30 percent of billed associate and partner time be from “diverse attorneys” and of that at least half (15 percent) be from Black attorneys. Considering that Black attorneys make up about 5% of the legal profession, this will likely start a hiring spree among law firms that want to compete for (or continue doing) business with Coca-Cola.

You say, “who cares?” if you’re not a lawyer. But if you are a law firm, you realize that you will now have to track these kinds of statistics and report them to your clients. What Coca-Cola does today, other big companies will follow tomorrow.

City governments (like Atlanta) have long had minority participation requirements for public contracts. It’s part of their affirmative action programs. Now companies will begin the process of Awokening their business partners, not just their own employees. It was recently leaked that Coca-Cola required some employees to endure an anti-racism class based in Critical Race Theory, the belief that all white people harbor some deep subconscious class privilege, and the only way to expunge it is to confess and become an “anti-racist.” Or, as the class advised, be “less white.”

The continuing brouhaha about Amazon affects not just companies and business partners, but also consumers. Amazon’s newest policy informs the reason it stopped sales of the 2018 book “When Harry Became Sally” by noted researcher and writer Ryan T. Anderson. Anderson has been writing about the transgender movement and sexual morality/family in general for a decade. Amazon said in a letter that it will no longer sell books that “frame LGBTQ+ identity as a mental illness.”

Perhaps Amazon will also stop selling books by the American Psychiatric Association, which publishes its “Diagnostic and Statistical Manual of Mental Disorders (DSM-5).” Gender dysphoria is included in the manual: “Some people who are transgender will experience “gender dysphoria,” which refers to psychological distress that results from an incongruence between one’s sex assigned at birth and one’s gender identity.”

Some companies refused to do business with Trump brands, and some CEOs were deposed for not opposing him. Travis Kalanick lost his job at Uber partially due to accepting (then resigning) a position on Trump’s economic advisory board in 2017.

Again, these are corporations that have the perfect right to sell (or not sell) to whomever they please. If you are an employee there, you have the right to find another job that better suits your political tastes. You can even sue in federal court if you believe you have a case of a Title VII violation. Companies can’t go beyond “affirmative action” and actively set up a hostile environment for white employees, which many believe is exactly what Critical Race Theory demands.

So why be so angry that companies are simply acting in their best interests and pleasing a group of consumers, regulators, and shareholders (collectively, stakeholders) that they deem important to please?

I think the reason has more to do with expectations and getting what we signed up for than it does any real ideological difference.

For example, both the left and the right politically condemn China’s treatment of the Uighur people, and Disney has kowtowed to China in very real ways. In the credits of the 2020 live action “Mulan” movie, they publicly thanked the public security bureau in the Xinjiang province city of Turpan, where China is accused of operating at least a dozen “reeducation” camps, along with the publicity department (read: propaganda ministry) of the CPC Xinjiang Uighur Autonomy Region Committee.

Disney replied to criticism with a “clarification” consisting of nonsensical corporate pabulum.

Yet Disney Plus hit 90 million subscribers three years ahead of plan, and just crossed the 100 million mark, which is half the number NetFlix has, in just 16 months. The vast majority of these subscribers are Americans.

People expect Disney to produce watchable movies and television shows (now all contained within the lane of “streaming content”) and as long as Disney fulfills that expectation, most Americans will ignore the occasional bow to vicious communists. Just as they ignore it with Apple, Tesla, and other companies that do huge business with the CCP, while publicly pushing Wokeism.

People will also ignore social justice virtue signaling and grandstanding. Even the Wokest in academia and politics know that all the noise hasn’t moved the needle beyond 1-2% in Black programmers in Silicon Valley. But we haven’t seen Coca-Cola tell its software vendors they must subscribe to the same requirements as their law firms, or perhaps they might only use software companies in Washington, D.C., the only place in America where the percentage of Black tech workers resembles the national demographic.

But we will not ignore buying a pack of M&Ms and getting Skittles. When our expectations are trashed and we see companies as doing things that break the basic social contract they agreed to with their consumers, then we get angry.

Coca-Cola has always been about Americana; they invented the modern Santa Claus, for Pete’s sake. “Have a Coke and a smile” and “The Real Thing” are part of American culture. So when Coke decided that be “less white” is important for its employees, that’s pretty insulting to its white consumers. We expect that behavior from places like Smith College—liberal white towers of academia—but not from the ubiquitous red and white logo stamped on everything we drink.

Amazon built its reputation by selling books conveniently, inexpensively (mostly), and digitally, with its Kindle reader. (People do still buy Kindles, but they are rapidly fading, thanks to iPads and smart phones. Digital books, on the other hand, continue to grow in market share.) We all know Amazon was in a liberal bubble, but its bubble has ruthlessly consumed so many other bubbles.

The Amazon empire owns so many companies that it made up nearly 38% of the entire e-commerce market in 2019. When you shop at Whole Foods, that’s Amazon; look up a movie on IMDB, it’s Amazon; secure your home with a Ring video doorbell, it’s Amazon; listen to an Audible book, you guessed it. Then there’s Alexa and all the content it streams. And Jeff Bezos owns the Washington Post.

Thousands of websites are powered by Amazon Web Services, including the former customer Parler.

A company of this enormous size and breadth did not have a social contract to be America’s censor. It took its power after amassing it and flexed Woke.

People don’t like it when others flex to something they don’t expect. On a personal level, it happened to me when in mid-1999 I became a born-again Christian. I remember the day after I had a supernatural encounter with God in February 1999, I came to work that day and asked everyone to join hands and pray with me. It took me another four months to accept Christ, but the encounter changed me at a basic level.

If you knew me then, you’d have been as surprised (and possibly creeped out) as my employees were. I was a CEO and a lapsed Jew who didn’t believe in a whole lot except making money. Overnight, I became a different person, and I flexed it. Our ISP dropped the most heinous pornography stores on the old USEnet network. I was accused (sometimes by Christians) of censorship. People didn’t like me preaching to them, using my company and its influence a bit too on-the-nose dealing with morality.

My experience was fairly minor. Years ago, I read Chad Williams’ book “SEAL of God.” Williams spent his youth obsessed with fitness, and after 9/11, decided to become a Navy SEAL. He achieved this goal, and fell in among the hard-drinking, hard-partying crowd in the elite special operations group. Then he encountered God.

You’d think that in a diverse group like the U.S. Navy, there would be Christians, atheists, and everyone in between, and someone could fit in no matter where they fell in the spiritual or political spectrum. That’s true, if you don’t change or flex. Williams changed, and his hard-partying friends didn’t appreciate it. They showed their displeasure by beating him to a pulp and leaving him to drown in a swimming pool.

Williams had to move to a different SEAL unit to escape his past associations, and even then he never really fit in, because once a hard-partying sinner in the SEALs, that reputation tends to stick, and being a preacher-type doesn’t look good. If you come in as a preacher-type, I would guess you’d be treated with respect, as much as anyone else. But changing from one thing to another provokes anger.

It’s no different with divisions within the evangelical church. Preachers you thought wouldn’t delve into politics, like Dr. Robert Jeffress, became Trump sycophants, and it stung when they had to weakly repent of it.

The bubbles you thought you were in have been consumed by other bubbles you didn’t sign up for. You bought a bag of M&Ms and got Skittles. It’s the flex, not the pitch. You got the box of chocolates with the “map” printed on the cover, but the map was totally wrong. You reserved and confirmed a double queen room at the hotel, and when you got there with your wife and kids all they had was a single king-sized bed.

When companies flex Wokism, they break the social contract with consumer expectations. Companies like Amazon and Coca-Cola have very specific expectations they’ve cultivated and now they’re breaking those on purpose, and though the stakeholders they are trying to please are praising them, the rest of us are decidedly not pleased.

In the end, this is no different than media bubbles with Fox News, political bubbles with Donald Trump, or religious bubbles with Beth Moore and the SBC. Companies can flex all they want, as long as they don’t give out Skittles when their customers ordered M&Ms. When they do, it’s infuriating.