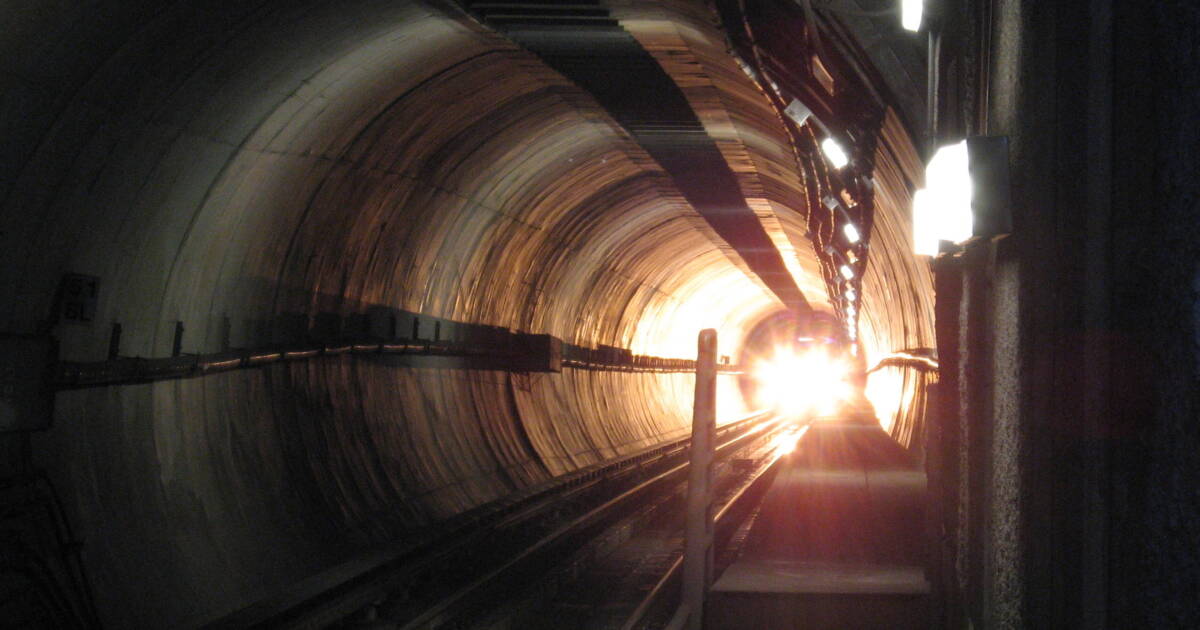 There’s a reason bubble-dwelling folks don’t see what’s coming. The system is not to be trusted, and that light you heard is at the end of the tunnel might just be the train.

Let me start with a funny-but-true to illustrate how people deal with problems, and why we miss so much.

An engineer smells smoke in his office and opens the door. He sees a small fire in the hallway, does a quick estimate in his head of how much water it would take to put it out, finds a pail, fills it, throws it on the fire. He happily observes the fire is out and goes back to work.

A physicist smells smoke, opens the door, sees the fire. He carefully observes the flame color, measures the temperature, and records the results. Then he formulates a hypothesis: what is the exact amount of H2O (verifying that water, indeed, will quench that type of fire) needed to extinguish the blaze? He calculates it carefully measures it out, and dumps it on the fire. When the fire is out, he is satisfied that his hypothesis is proven experimentally, and writes up his findings. He’s already forgotten what he was working on before he smelled smoke.

A mathematician smells smoke, opens the door, observes the fire, and stands there in deep thought. Finally, after long moments, he smiles, confident that he has worked out the proof that the fire can be extinguished. He closes the door and goes back to work. The actual putting out of the fire is left for the student to complete.

I could go on for another thousand or two thousand words (What does the banker do? Or the bureaucrat? Or the diplomat? Or the Marine?) but you get the idea.

I hear a lot from people that the economy is going to recover. I’ve heard it many times over the past 18 months: COVID supply disruptions are temporary; the Great Resignation is to blame; inflation will be controlled by Fed policy; oil production is at an all-time high. And in global terms: Ukraine doesn’t need our help any more; China isn’t so big a threat; Russia can be negotiated with.

Numbers lie, and statistics are large collections of lying numbers amplifying the lies. Economists use those numbers to twist elaborate macramé patterns based on all kinds of assumptions when the fire is burning out in the hallway, with reporters throwing gasoline on it and regular people begging to call 911. But 911 won’t answer because they’ve been told the fire is out.

The U.S. labor participation rate is down to 62.3 percent in October, from 62.4—a very high number in the COVID era. But the LFP Rate, as it’s called by Fed wonks, had been increasing prior to COVID, yet over time, declined from its peak in the mid-1990s. Some of that has to do with the gig economy, and prime working age people spending more time (and borrowed money!) going to school.

But the unemployment rate, the number of Americans who are unemployed and actually looking for work, is back below 4 percent, where it was before the pandemic. the rate of job offers is declining after a post-COVID peak early in 2022. Meanwhile, wages growth remains between 8-10%, the highest it’s been since 1980.

The numbers are based on companies reporting to the Bureau of Labor Statistics (BLS). Companies don’t always report the exact numbers, because things change quickly, and their reporting is sometimes historical, or simply an exercise in pencil-whipping. The numbers gathered, large scale, are then aggregated and extrapolated. And economists make their assumptions, like the St. Louis Fed has been doing for decades. And they’re wrong because what’s going on on the rails is the train coming.

In the tech industry, where salaries are high and jobs are competitive, layoffs are now a fact of life and will continue to be for the foreseeable future. Crunchbase News keeps a database of layoffs, and it’s ugly. For example, Beyond Meat (the veggie burger company) is laying off 240; Peloton is laying off over 4,000 employees; Netflix, Twilio, and Patreon are laying off somewhere between 10-17% of their workers. Online ad company Taboola is laying off 6 percent; Groupon is laying off 500; Robinhood is shedding 30% of its workforce. Shopify, Outbrain, Vox Media, EV-maker (heavily invested by Amazon) Rivian are all laying off.

High interest rates and wage inflation make some products that were profitable into dogs. These things don’t recover quickly. They wind their way through the economy and affect everything, because the high-earners with disposable income stop buying luxury goods, people stop high-interest purchases, and deals like startup Brightspeed’s purchase of Lumen’s ILEC network risk investor money instead of expensive debt.

Smaller companies are having trouble fulfilling their contracts. At the rust-on-the-rails end, I’m seeing mechanical/HVAC/plumbing companies extending service contracts because they could not fulfill preventative maintenance responsibilities on time. I’m seeing electrical contractors, builders, and large equipment manufacturers that make everything from cranes to high-speed printing equipment falling behind on delivery schedules and dropping entire projects that are no longer possible or profitable.

The economy is headed for a contraction because everyone who wants to work has a job, or maybe they’ve gone back to school to live off the government’s dime. Or they’re selling their house if they have equity in the high market and going back to a cheaper way to live. Or they’re doing side hustles, which will eventually also begin to dry up as capital contracts.

The numbers the Fed gets are not accurate because they are highly massaged, interpolated, extrapolated, and modeled. The models are designed so you don’t see what’s coming unless you question the model. The financial press frequently sides with the models, but people like Elon Musk, or the real money folks at Goldman Sachs, see what’s coming.

The government’s oil policy is terrible. Oil numbers are not what they were pre-pandemic, and the world market is nowhere near stable. A cold winter, high prices, and a poor economic outlook are not a recipe for recovery.

When the train hits, the politicians telling us the light at the end of the tunnel is a good thing will blame the voters, and the reporters will blame whoever is convenient to make the best headlines.

Read this piece by Peter Savodnik about John Fetterman. Read the whole thing. Everyone should know by now that it’s not “ableist” to claim that Fetterman is medically unfit to serve. David French noted a lot of folks should apologize to Dasha Burns for her remarks about Fetterman’s incoherence.

Just remember: the same media that circled the wagons to hide Fetterman’s disability are in the bubble selling how awful a person Herschel Walker is. I’m not saying that none of the allegations about Walker are true—his own son is disgusted—but I am saying there’s an agenda at work here.

If you want to question both Walker’s and Fetterman’s fitness, for different reasons, that’s your decision. But know that the media isn’t going to give Sen. Raphael Warnock the same attention to his own failings that they give to Walker. They are the cut from the same cloth (some times the same people) of those who defended, and continue to defend (read the bottom of Erick Erickson’s newsletter this morning) Fetterman despite the fact anyone can see with their own eyes and hear with their own ears.

The light at the end of the tunnel could very well be the train, and the media will tell you to head into the light if it benefits them to write about a train wreck. Who’s unfit? It’s not always the politicians, and in many cases, it’s the media that’s unfit.