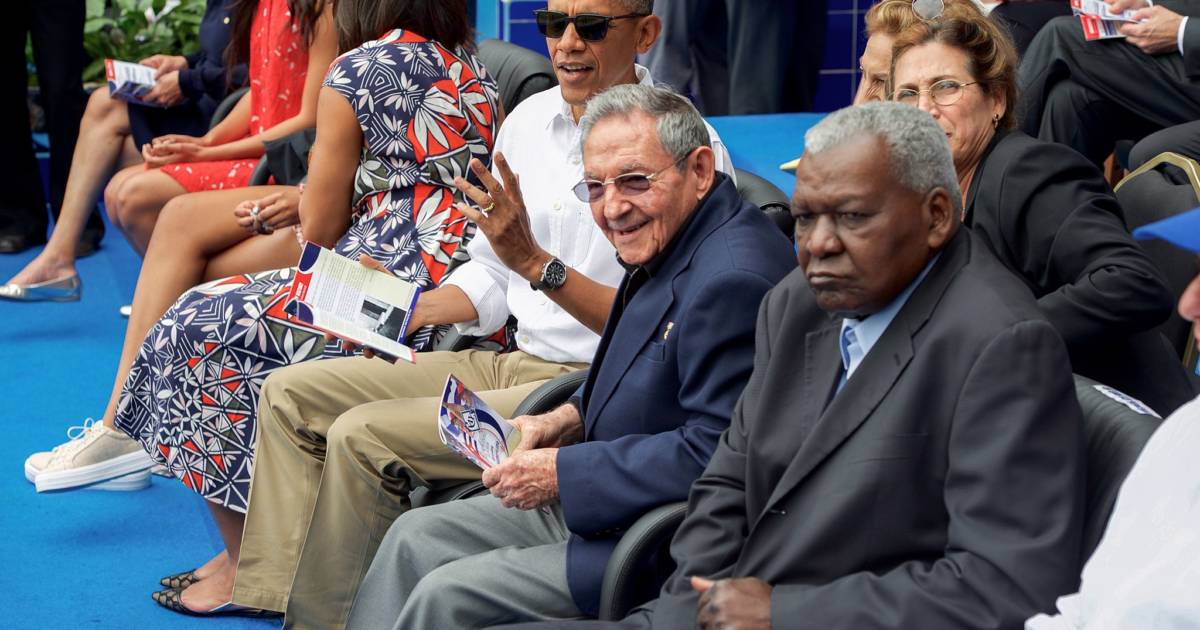 Leave it to the New York Times, home of Walter Duranty, to frame the context of hundreds gathering, at risk to life and limb, in Havana, Cuba to protest their government’s mishandling of the COVID-19 pandemic, among other insults to their basic humanity, as “anti-government slogans.”

Shouting “Freedom” and other anti-government slogans, hundreds of Cubans took to the streets in cities around the country on Sunday to protest food and medicine shortages, in a remarkable eruption of discontent not seen in nearly 30 years.

Remember, Cuba is the left’s version of a worker’s paradise, just 90 miles off the coast of Florida. Just last April, Reuters extolled the “charismatic” reign of Fidel Castro, a tyrant who jailed and slaughtered anyone who dared cross him. They, as all leftiast American Cuba-defenders do, blamed Donald Trump for unraveling “a detente Castro reached with his predecessor Barack Obama.”

Obama’s coziness with communist dictators isn’t something to be proud of. Now that Raul Castro has walked away from his brother’s throne, Cuba is truly an administrative tyrannical state managed by apparatchiks who solve everything through bureaucratic doublespeak and jackbooted crackdowns.

In 2002, former President Jimmy Carter went to Cuba for a photo op playing baseball with Fidel (who in his day was a formidable pitcher and could have easily been a pro). Then in 2014, Obama normalized relations with the communist island, the first sitting president to visit Havana in 88 years.

In the heat of government incompetence, shortages of basic needs, including COVID-19 supplies and vaccines have emboldened the people, for whom the glorious bloody revolution was supposedly to benefit, to stand up for themselves in opposition to their government. Their slogan: “Freedom.”

Such subversiveness has rarely been glimpsed since Florida beachgoers refused to mask up last summer.

NYT reporter Frances Robles would get an award for understatement if she had indeed written the subhead calling Cuba “a country that limits dissent.” I suspect some editor, using a careful style guide for referring to leftist workers’ paradises that are also repressive dictatorial regimes, penned that particular phrase.

In a country known for repressive crackdowns on dissent, the rallies were widely viewed as astonishing. Activists and analysts called it the first time that so many people had openly protested against the Communist government since the so-called Maleconazo uprising, which exploded in the summer of 1994 into a huge wave of Cubans leaving the country by sea.

Cuban President Miguel Díaz-Canel took to television Sunday (interrupting all channels) to warn that “destabilization in our country” would be met with a “revolutionary response.” I think we all know what that means.

Seventeen-year-old Yusniel Pérez was reported by an independent web journal qcostarica.com, “We’re here because we’re hungry and poor. We don’t have food. We don’t have anything.” He carried a rock in each hand.

“We call upon all the revolutionaries of the country, all the communists,” Díaz-Canel continued, “to take to the streets.”

Demonstrations have also spread to the Cuban exile community in the U.S., with thousands marching in Miami.

The NYT’s article closed with a harrowing story of Adonis Milán, a theater director in Havana.

“This is no longer a question of freedom of expression; it’s a question of hunger,” Mr. Milán said. “People are hitting the street. They are asking for an end to this government, to one-party rule, to repression and the misery we have lived through for 60 years.”

Milán later reported in tears that the Internet had been turned off, police anti-riot squads were effecting many arrests, including a number of artists who demanded television airtime, and that he somehow “managed to escape.”

t’s stuff like this the makes me miss President Trump’s style. He would have been calling for the people of Cuba to rise up and overthrow Díaz-Canel. There’s really no gray area here. Cuba, for 62 years, has been run by communist thugs, who worked for a doctor who enjoyed murder, the oppressive maniac Ché Guevara.

It’s decades past time that Cuba’s government be given to its people, which was the promise Guevara and the Castros made, and never fulfilled. President Biden should stand up and support the spark of freedom just off our shores, where over 500 have been picked up by the U.S. Coast Guard just this year fleeing the island for American shores.

The last time protests of this kind erupted in Cuba, a wave of boats followed. In Jimmy Carter’s days, the Mariel Boatliftallowed Fidel Castro to empty his prisons and send his criminals, along with any troubling dissidents and political opponents, to a welcoming U.S., who then had to deal with them. Carter was a fool.

Biden should not be a fool. Let’s not let a new generation of thugs empty the streets of Havana by sending the new freedom movement’s leaders to America, along with rafts full of petty criminals. The Biden administration should support immediate change of regime in Cuba.

Judging by the New York Times’ coverage, that probably won’t happen, because the myth of “anti-government” insurrection must be maintained. If we support what’s going on in Havana, Biden’s administration might lend some modicum of legitimacy to the crowds in Washington on January 6th. And we can’t have that. (For the record, what happened January 6th was illegitimate, but supporting Cuba won’t change that, unless you’re fundraising for the 2022 midterms, that is.)