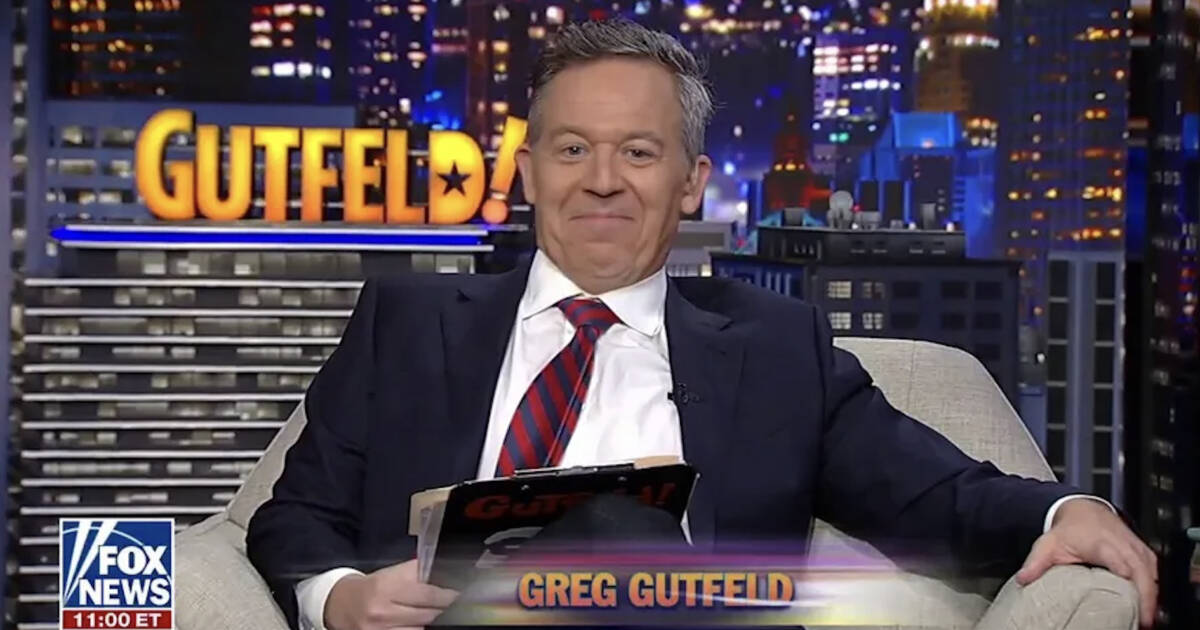 During Monday’s episode of The Five on Fox News, Greg Gutfeld was visibly annoyed that the show decided to play a recent clip of protestors throwing a can of tomato soup at an $85 million dollar van Gogh painting in London.

“Let’s not show it,” Gutfeld can be overheard saying. “Don’t show it.”

One of the hosts, Jessica Tarlov, states, “no, I don’t think we even have it,” as the network played the clip of activists vandalizing the famous painting with cans of tomato soup, as The Daily Wire previously reported.

“Once … yes, this is a brilliant play,” he added, disputing his cohost Judge Jeanine Pirro who said it wasn’t. “We’re not supposed to play this crap. We’re amplifying their stupid silly message. But I get it. It’s fun to watch.”

“But it’s not hard to find out how they figured this out,” Gutfeld continued. “It all works with mass shootings as well. If you can just read the press, we’re suckers. We’ll just play the same thing, over and over and over again. Like when it was happening at sporting events. It happened once. Then it happened twice and then it kept happening. And then it stopped.”