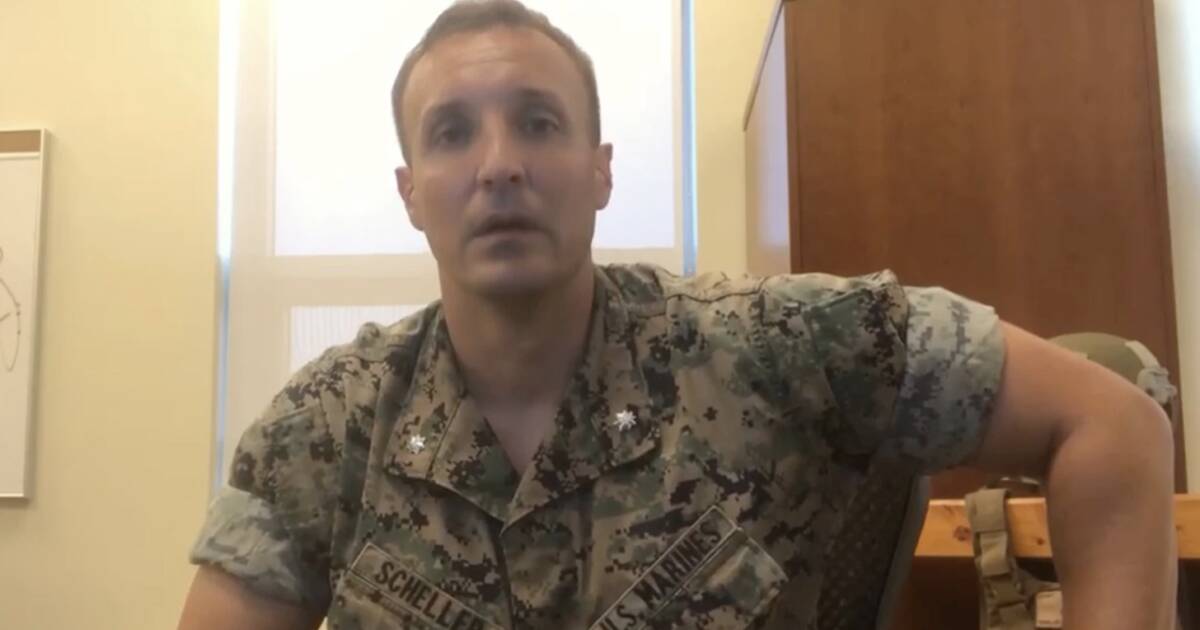 Stu and Cathy Scheller, parents of jailed marine Lt. Col. Stuart Scheller, have a message for the American people: “Find your voice. Stand up, demand accountability of your Congresspeople. Ask for Lieutenant Scheller to be freed.”

The Scheller’s don’t know the specific charges against their son, but do know that he was thrown in the brig after speaking out against President Biden and senior military officials in the wake of the botched withdrawal in Afghanistan.

“They put him under a gag order. They took away his right to post, to talk on social media, to email, to text,” Stu Scheller Sr. told Tucker Carlson. “He shared it with America. And he knew…when he posted again and he broke his silence, that they were probably going to arrest him…So, he is a very intelligent man. He understands what’s going to happen to him.”

Stu and Cathy Scheller say their son’s only crime was “speaking truth to power, and power couldn’t handle it.”

Watch the interview with Scheller’s parents below.