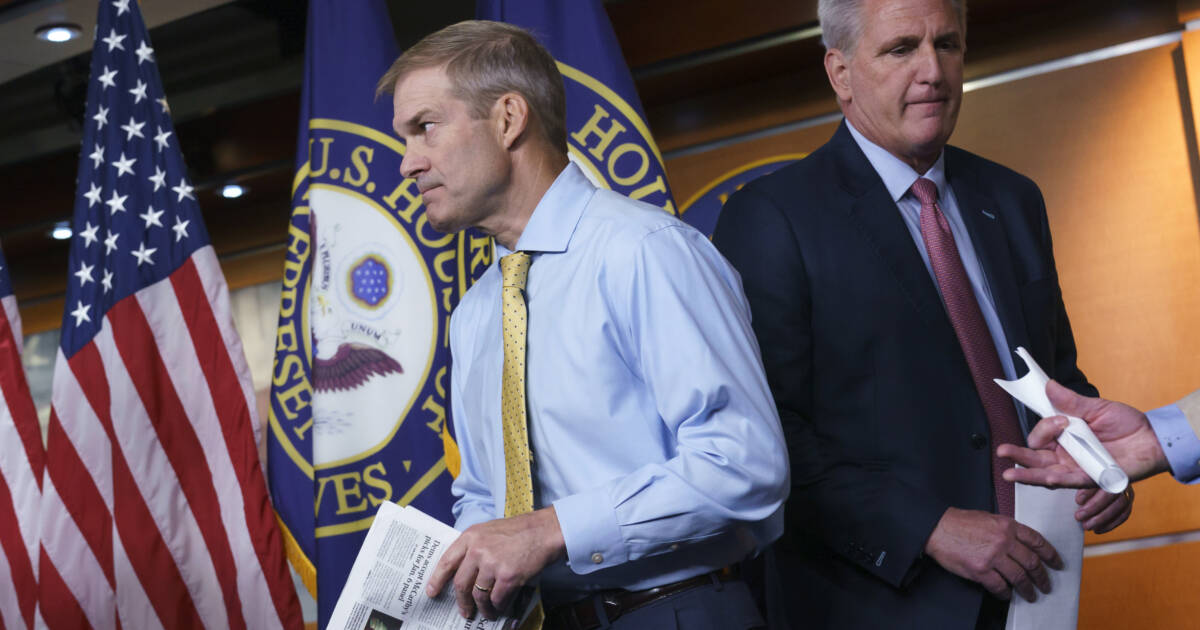 “If the American people put us back in charge, we are definitely going to do this because we now know without a doubt that Dr. Fauci knew on Jan. 31 and Feb. 1 that this thing came from a lab,” Jordan claimed. “The top scientists in the country were saying it came from a lab. One scientist says we got the notes now from the conference call on February 1st. One scientist says, ‘I don’t see how this can happen in nature, but it would be easy to do in a lab.’”

“And yet just in a matter of days, they changed their position, write the article that appears in Nature of Medicine Magazine, which then gets cited in the now famous letter in The Lancet, which became the gospel for the fact that Fauci can go out and tell people it didn’t come from a lab when in fact they knew it did,” Jordan continued. “The interesting thing is. We point this out. We just learned this last week, the two doctors who were most adamant that this thing came from a lab early on: one is Dr. Kristian Anderson. On Jan. 31, 2020, he says this to Dr. Fauci in an email: ‘Virus looks engineered. Virus not consistent with evolutionary theory.’ So, he knew it came from a lab.”