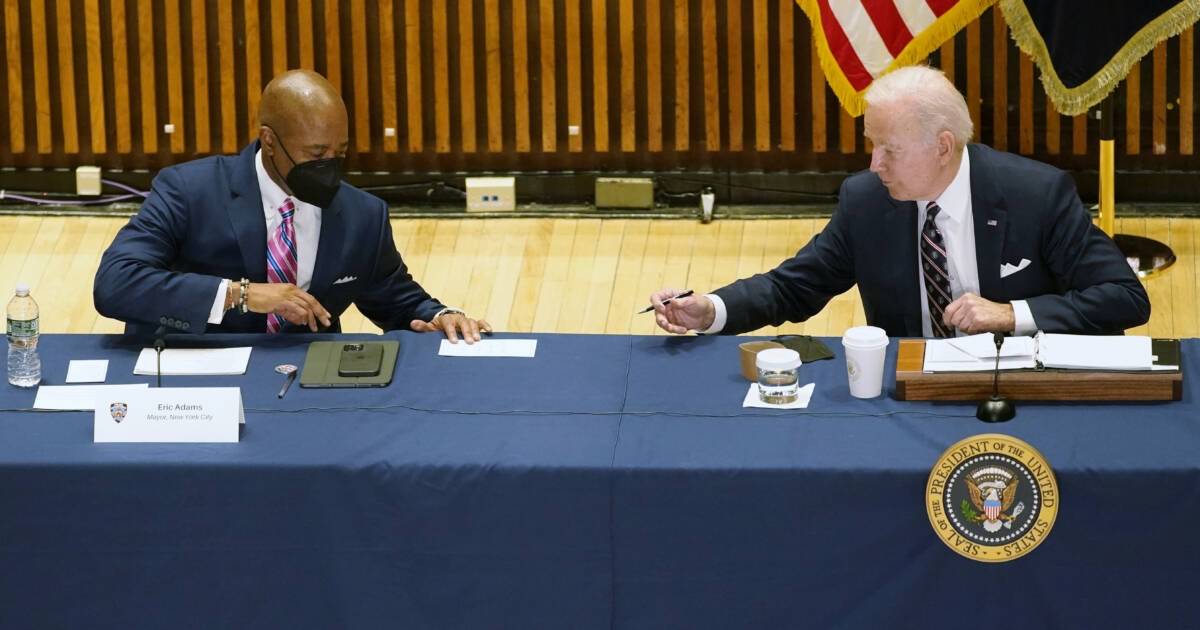 Hey, Joe has an idea —DON’T defund the police. Okay, thanks Joe.

The President paid a visit to New York City on Thursday amid rising crime and gun violence; he spoke with Mayro Eric Adams and other senior law enforcement officials.

“Mayor Adams, you and I agree, the answer is not to abandon our streets, that’s not the answer,” the President said.

“The answer is to come together, police and communities, building trust and making us all safer. The answer is not to defund the police, it’s to give you the tools, the training, the funding to be partners, to be protectors and the community needs you, know the community,” Biden added in remarks at One Police Plaza, the headquarters of the NYPD in Lower Manhattan.

“He called for increased funding for community policing and for the Bureau of Alcohol Tobacco and Firearms and the U.S. Marshalls office, arguing that monetary support will help reduce violence,” the HIll reports.

“We’re not about defunding, we’re about funding and providing the additional services you need beyond someone with a gun strapped to their shoulder,” he said.

“We need more people who when you’re called on these scenes and someone’s about to jump off a roof, there’s not just someone standing there with a weapon, it’s also someone who knows how to talk to people, talk them down,” he said.

“We can’t expect you to do every single solitary thing that needs to be done to keep a community safe,” Joe added, referring to police.