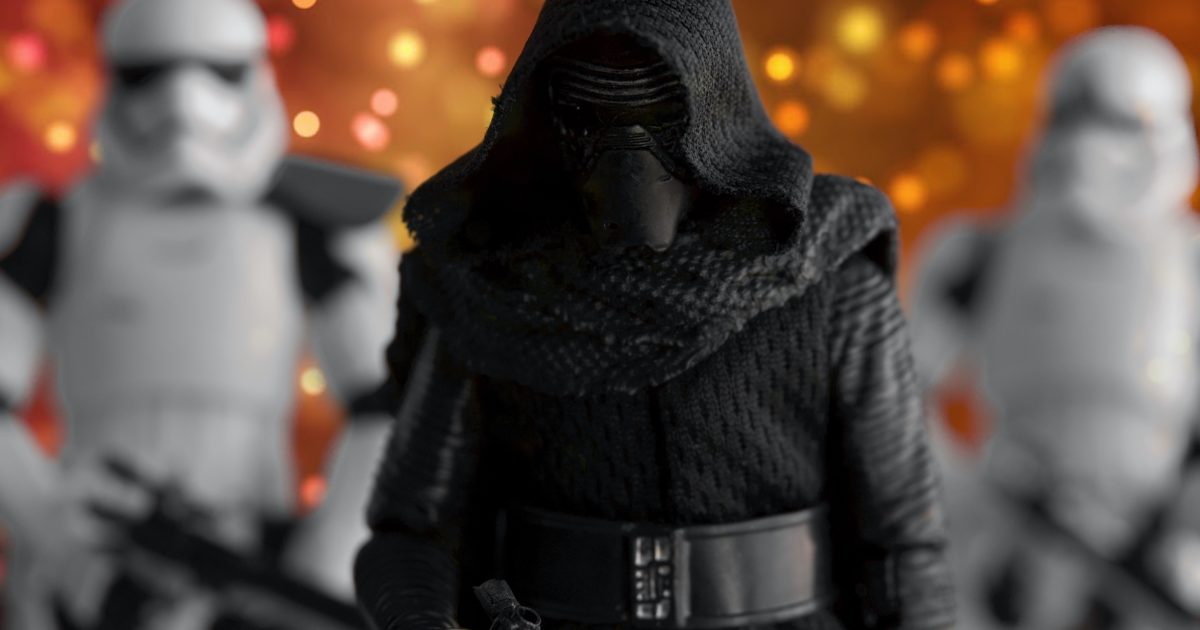 Now I suppose we have to save the world again. Or better, “No, I am your father.” –Darth Vader. The parallels between Vader’s speech to his son Luke and the mainstream media’s relationship with bloggers and rebels among them is becoming more a “life imitates art” moment every day. Bloggers are the disavowed children of legacy media, and at the same time, the media wants to win them back–or destroy them–to impose its version of order.

To which, we reply, “I’ll never join you.” At least not until you join us, so welcome aboard, rebels.

I’m speaking for bloggers in general, especially the newly-minted Substack crowd that has been ostracized from their cushy cages in the moneyed New York/Washington zoo. The latest to join the rebels is Vox co-founder Matt Yglegias–hardly Rush Limbaugh here. He’s in the company of Intercept founder Glenn Greenwald, former Rolling Stone editor Matt Taibbi, the weekly musings of Washington Examiner managing editor Jay Caruso and my erstwhile boss Erick Erickson.

I thank God for bloggers, and I curse their very entrails, as any blogger can tell you. Twenty-five years ago, bloggers saved us from blissful ignorance, and set in motion a revolution that has today consigned us to a constant flood of unfiltered news mixed with partisan hackery and garbage. It’s up to bloggers, once again, to save us from the unity the masters of the mainstream media and big tech want to impose.

Indulge me giving some history here, if you would, because tracing the begats and begots of the media and blogosphere is as important as the genealogies of Jesus in the Bible, and not as monotonous.

For 50 years in the modern television era, the big networks, newsmagazines, and national newspaper cartels like Hearst owned our media. They–and they alone–decided what most American viewers and readers would learn, or not learn. Aside from the occasional scoop-war, most stories would have to pass through a series of unwritten rules kept by editors who would think about dealing with future situations, access to newsmakers, and of course, losing paid advertisers or subscribers. Ronald Reagan came up out of this system, and boy howdy, he mastered it.

Then came CNN. For 16 years, CNN dominated the realm of 24 hour cable news. CNN catered to the New York and Washington media, because that’s all there was to cater to in the national television news space.

That caught media mogul Rupert Murdoch’s ears (money follows audiences is an unbreakable media law). After Murdoch tried and failed to buy CNN, he hired Roger Ailes to create a political news network that caters to people outside the bicoastal influence sphere of traditional media. The people in “flyover country” got a network to go along with talk radio. Now both stand on top of the ratings heap.

Since 1995, when Matt Drudge caught Newsweek sitting on the Monica Lewinsky story, the left-leaning mainstream media has so many stains and slanders on its resume, it’s no wonder people don’t trust them when they say how perfect this last election has been. Then came Andrew Breitbart, then came Steve Bannon. Then came Erick Erickson and RedState.

“WAR IS PEACE, FREEDOM IS SLAVERY, IGNORANCE IS STRENGTH.” The three slogans of Ingsoc, the Party, were written in elegant lettering on the 300 meter towering pyramid of Minitrue, the Ministry of Truth, in George Orwell’s novel “1984.” On February 17, 2017, accompanied by a propaganda video that would make Big Brother grin with accomplishment, The Washington Post changed their masthead to include the paper’s first slogan in 140 years, “Democracy dies in darkness.”

Since Donald Trump ascended to the presidency, the members of the mainstream media, in lockstep with the Democratic Party, has made it their personal mission to destroy him. And using every rebel, tool, and mastery of social media, Trump has fought back, tooth and nail, against the media’s empire.

While the media has been free to delve into pure conspiracy, made-up quotes, puffed up anonymous sources, and attempting to crush the futures of multiple teenagers (Kyle Kashuv was banned from Harvard after being accepted, and Nick Sandmann received several large settlements from media that libeled him), the blogosphere and talk radio has been heaped together as a source of “disputed” or “fact checked” fakery.

How quickly the mainstream media forgets that if not for the Internet heroes in 2004, Dan Rather might have gotten away with his “October surprise” on President George W. Bush. Bloggers debunked the story, by quickly figuring out that the typefaces used on Rather’s Air National Guard letter didn’t exist at the time it was reportedly written.

Bloggers broke many stories, and debunked many others that were reported, which embarrassed the mainstream media. President Trump elevated many bloggers to the level of national White House press, angering the empire media.

Of course, bloggers have our own problems with truth and spin. Stories floating around the Internet from unknown websites and others who should know better report things like Dominion Voting Systems is a Canadian company. It’s not. It’s domiciled in Delaware, and its headquarters is in Colorado.

Other reports like Bill Gates or George Soros have ownership stakes in Dominion or Scytl Secure Electronic Voting, S.A., also have no evidence supporting them. Scytl is part of the Service Point Solutions division of the Paragon Group, a private acquisition company based in Europe. One of its divisions is Paragon ID, which makes RFID devices and electronic ticket readers like those used in the London Underground. Paragon ID is listed on the Euronext exchange.

How about if I told you that Euronext is owned by Intercontinental Exchange, which also owns the New York Stock Exchange (NYSE/Euronext)? What if I told you that Intercontinental is helmed by Jeffrey Sprecher, who is also the Chairman of the NYSE? What if I told you Sprecher is the husband of Sen. Kelly Loeffler, a Trump supporter in a Georgia runoff against Rev. Raphael Warnock? (This is all true.) Would you say that Leoffler is a Deep State globalist operative who is working with Bill Gates and George Soros to defeat Trump by changing ballots so she can lose her own election?

It’s easy to build narratives when you cite 50 truths and one big lie. The Democrats and the media have been doing this for many years, and when bloggers do it, they cry foul and gather the social media kingpins to shut it down.

“Fake news” for thee, but not for me.

“Fake news” is a problem for right-wing bloggers to deal with, but increasingly, it’s a problem for left-wing editors and website founders like Taibbi, Greenwald and Yglesias, along with Bari Weiss, formerly of the New York Times editorial page. The left (Democrats) has its narrative, and the groupthink must not be violated. Those who do find themselves joined with the rebels.

This has always been my motive when I cast my vote for Trump. The media and the Democrats have become a unity of their own, an axis of power and coercion to which the First Amendment is not something to be cherished and preserved, but a nasty obstacle to be gone around, undermined and torn asunder.

Now that each day since that media declared Joe Biden the victor of the election, it seems more and more confident that their narrative and the actual events may converge, the media empire believes it absolves them of all the crimes, sins, and underhanded garbage they pulled to get here.

The election may not literally be stolen in the sense that the votes were changed (some may have been, and undoubtedly, there’s always some small element of fraud if you look hard enough), but it’s been hijacked, flown to Cuba and distributed to the grand socialist revolution singing The Internationale, by the groupthinking, goose-stepping, going-to-war, General Tecumseh Sherman-loving mainstream freaking media.

You can hear their refrain as they march toward their glorious future with the titular hair-sniffing, handsy, avuncular old man being pulled forward, always forward by their glorious new united front. Let the riots continue, they shout.

’Tis the final conflict
Let each stand in his place
The International Union
Shall be the human race.

Trump may well end up gone, but it will never be enough for the groupthink crowd, who refuse to deal with their own very deep problems with fake news, trashing of journalistic ethics, and ignorance of many facts of Americans’ lives, cares, and troubles outside of their urban circle of party acquaintances and drinking buddies.

I’m not nearly so worried about a Biden administration as I am the empire it empowers. On that one piece of common ground, I am overjoyed to welcome liberals into our rebellion. Join us, or suffer the unity of the empire. When enough join, the media will have to address their problems, or meet the fate all overconfident empires meet.