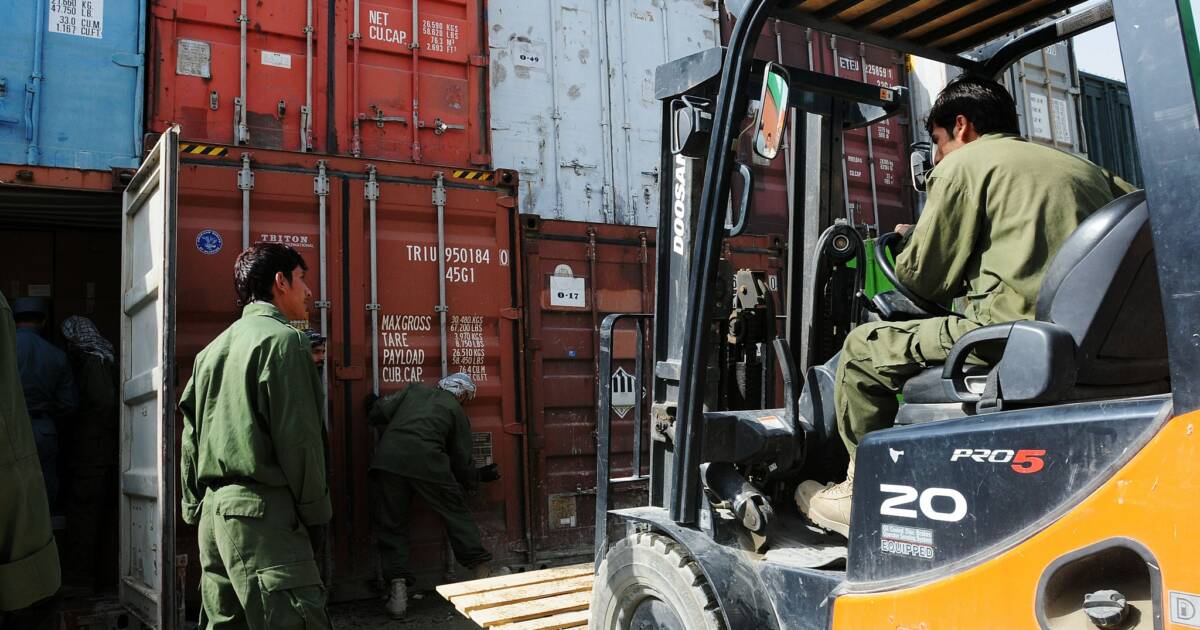 In August 2017, the U.S. Army awarded a $727,689,796 contract to Leidos Innovation Corp. out of Gaithersburg, Maryland (Leidos had $12 billion in revenue, just about all of it from our tax dollars). The contract was to provide support for Afghan Air Force helicopter and fixed-wing fleets, in Kabul. This is just one of the myriad contracts and contractors who powered the nearly two-decade war in Afghanistan.

The Congressional Research Service reported that at the end of FY 2020, US Central Command had 27,388 contractor personnel working in Afghanistan, Iraq and Syria. In 2012, when President Obama was in full re-election mode, the number of Afghanistan-based contractors peaked at over 28,000.

We’ve been planning to leave Afghanistan for years, and we knew exactly what our troop levels and contractor personnel were at any given time. No surprises.

As we evacuated Bagram Air Base in early July, disappearing in a 3 a.m. bug-out without even telling the Afghan commander, we left behind thousands of items, while hurriedly destroying 17,000 pieces of equipment to deny them to the Taliban. We knew what was about to happen.

Our intelligence agencies watched the Taliban begin its takeover in July, and warned that the Afghan government wouldn’t likely last the 90 days that Biden’s organized and efficient timetable narrative described.

In April, Foreign Policy detailed the costs of leaving, including paying the 300,000 members of the Afghan National Security Forces (ANSF). What will happen to the $3 billion that Congress allocated to the Afghanistan Security Forces Fund is still up in the air, now that the Taliban is in control and the ANSF no longer exists, but you can bet it will be spent.

In the 18 years between 2001 and 2019, the U.S. spent around $2 trillion in financing the wars in Iraq and Afghanistan. That doesn’t include the interest on the debt financing, which can bring the total load up to $6.5 trillion by 2050, according to a Watson Institute paper published in 2020.

Just because we left Afghanistan, abandoning aircraft, helicopters, supplies, armored vehicles (including MRAPs), and all manner of computer, communications, and other equipment, doesn’t mean we get to stop paying for it.

As late as July 3, 2019, the DOD was awarding multi-hundred million dollar contracts for supply chain and logistics for Afghan security forces. This contract ends in 2025:

In fact, the military has many signed and awarded contracts for Afghanistan going well into 2023, and kept awarding work almost up to the point where we were leaving the country. This is typical, by the way. I remember in the 1990s when the Air Force handed over Pease Air Force Base to the City of Newington, N.H. for one dollar, and still completed a large single-point refueling system for the former SAC base, and built a brand new BX (base exchange). The large BX is used one weekend a month by reservists, and the refueling system is used by FedEx (last I heard). Troops may go, bases may close, but the Contracting Office’s work must go on.

The latest, this little nugget highlighted by CNN’s Oren Liebermann this morning, which suggests Washington will be sued by private companies that have contracts with the U.S. government if they cannot continue operating in Afghanistan through 2022 and 2023. In fact, according to Liebermann, some 18 contracts totaling $931 million dollars were signed after the Doha Agreement in 2020 that outlined the U.S. departure this spring.

That’s right. Because we left Afghanistan, and abandoned the work these contractors were doing, trapping many of their employees in country, or in places like Dubai, the contractors will get to sue the U.S. government for breaking these contracts, and collect.

Meanwhile, we are expected to believe the Taliban, that they will allow “safe passage” for their countrymen who collaborated with the U.S. military, or worked for one of our contractors, to leave Afghanistan. I expect that they’ll let out who they want out, and detain who they want detained, or kill who they want killed. The narrative will be one of a magnanimous victor, who pledges to “respect women” even as they bar girls from going to school.

Taliban spokesman Zabihullah Mujahid told a news conference that the group would honor the agreement reached with President Trump’s administration, that would not allow Afghanistan to be used as a base for attacking other countries. We are expected to believe that the Taliban is now filled with moderates, despite reports of armed men going door to door in Kabul looking for those who collaborated with the U.S.

I was never a believer in “endless war” to somehow transform Afghanistan into a democratically run paradise, but the fruit of our efforts, despite the cost, has value.

Percentage drop in infant mortality rate since U.S., Afghan and other allied forces overthrew the Taliban government, which had sought to restrict women and girls to the home: About 50.

A fifty percent drop in infant mortality and teaching illiterate girls to read will have long-term, positive effects on Afghanistan. It’s a bloody shame that we won’t be around to ensure those effects aren’t totally reversed. Worse, the cost of us leaving, besides the billions of dollars of infrastructure, weapons, supplies and materials we either destroyed or abandoned, will continue to accrue interest for decades to come.

The cost of removing 2,500 troops and 7,800 U.S. citizens just to make some talking points for politicians, while we continue to pay contractors for work that will never be done, is a national tragedy.

The fact that our political leaders fail to see it is reason to vote them out.