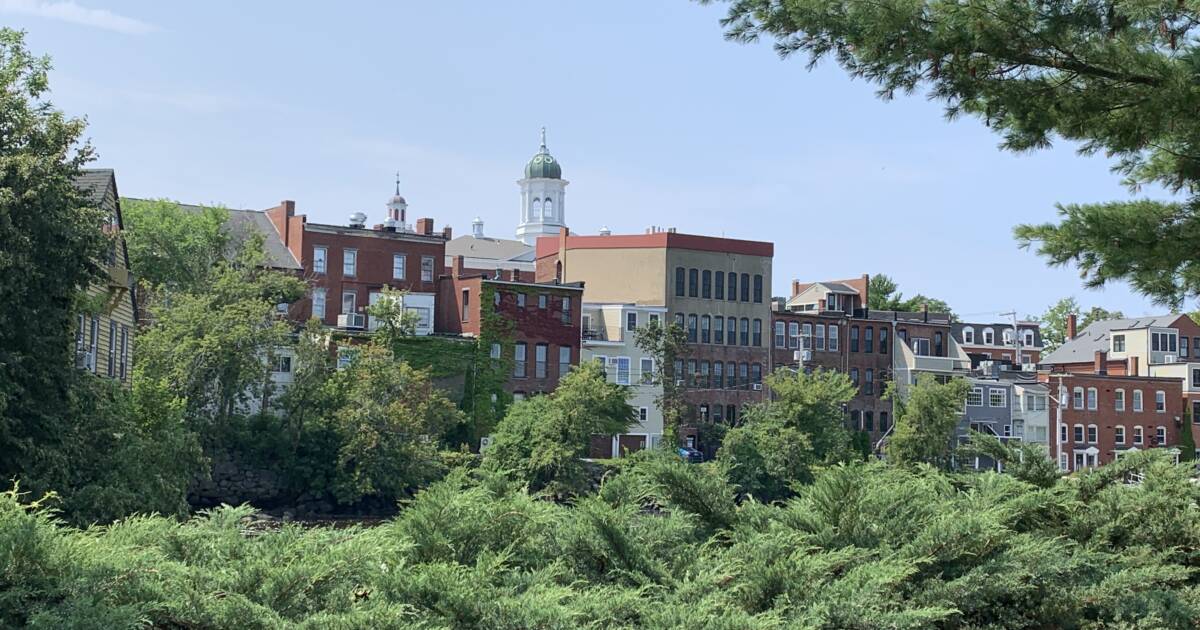 On Tuesday, my nephew Ben texted me a story from Exeter, NH that was picked up from the local Portsmouth Herald newspaper by the NY Post.

It seems a football player at Exeter High School expressed a forbidden opinion which was overheard while he was riding the bus. He opined that there are only two genders, and a girl riding on the same bus overheard and decided to correct what she believed to be his ignorant take. It didn’t end there. The girl got the boy’s phone number and continued her correction by text, which led to this exchange, as reported by Fox News:

“Gender and sex mean the same thing,” he wrote her. “There are only two genders and sexes.”

She insisted that gender is different from the biological sex one is assigned at birth. “Your [sic] in high school you should know this,” she shot back.

“I also know that ur a bozo,” he replied. “Just stfu and leave me alone,” he wrote, according to the lawsuit.

Now, that is funny. And yes, there is a lawsuit because the boy’s mom is suing the school for suspending him. But let me back up a moment here for some needed context.

Exeter is a beautiful little town bisected by the Squamscott River. It is also a very aggressively liberal social enclave in a part of northern New England steeped in Yankee tradition, populist take-your-opinion-and-shove-it-where-the-sun-don’t-shine mentality, and pockmarked with rabid libertarians. The town is the centuries-long home of Philips Exeter Academy, which has graduated two president of Harvard University, close to 20 state governors, and one President of the United States. PEA has among its alumni a long list of corporate scions, and notables like David Eisenhower (the namesake of Camp David); Thomas Wilson Dorr, who led the Dorr Rebellion in Rhode Island; and Mark Zuckerberg, the Meta man.

People, however, seem to forget that Exeter also has a public high school. It’s actually quite a good school, although not as good as my high school alma mater, Winnacunnet (means “beautiful place in the pines”) High School in neighboring Hampton. We regularly beat the stuffing out of Exeter in football and most other sports. I’m sure my nephew Ben, a recent WHS grad, would agree.

While the high fallutin’ moneyed kids, along with a few fortunate locals who are smart enough to earn scholarships set aside for the community, go to PEA, most of the rest of the hoi polloi attend the public school, play football, hockey, and live like regular New Hampshirites.

When PEA’s liberal values extrude outside its ivy and glass exterior, is when we get vice principals who are presented evidence of disrespect of pronouns, and take action to suspend the offending student.

Exeter Mom vigorously defended her boy, and the school responded by reducing the football suspension from one week to one day. Now a one day football suspension is basically nothing, a mere slap on the wrist. But it is still a penalty for violating a rule, and Exeter Mom doesn’t believe the rule should even exist.

Hence the lawsuit, which simply seeks to bar Exeter High School from enforcing a policy regarding “not respecting pronouns” of gender nonconforming students. I do believe it’s a patent case of a school stomping on a student’s First Amendment rights in this case—a high school kid should be free to express any personal opinion on the bus to his friends, within earshot of others on the bus without fear of being pursued by text message, and then handed over to those in authority.

If I was the vice principal, I’d be asking the girl why she felt compelled to get the phone number of a boy she hardly knew, in order to chastise him—or evangelize him to her own worldview. Then failing in her mission, I’d ask her why she felt the school should punish him not her for her little crusade. This is a clear cut case of intentional bias for speech that occurred outside of school property and outside the purview of pedagogical purpose. That is, unless you want to argue that the school bus is some great center of learning and growth.

At worst, if a kid said something on a school bus that was offensive in earshot of someone who was actually offended (like denying the Holocaust in front of a Jewish kid whose grandparents perished in it), you could accuse the kid of being obnoxious. But to officially punish for an opinion is nothing more than religious extremism, and enforcement of secular liberal orthodoxy that is as rigid in its dogma as anything the Pope has ever penned.

But a lawsuit, is it warranted?

When things like this happen, I admit my normal instinct is to roll my eyes back into my skull and dub the boy’s mom an Oscar-nominated Karen. However, I believe Exeter Mom is a hero. She didn’t take the school’s retreat as a compromise. She took it as a challenge to preserve their power to trample free speech, while acknowledging the absolute stupidity of their own policy regarding gender fluidity and “respect for pronouns.”

The fact that there are two genders—male and female—is not a matter of opinion. It’s a matter of biological fact. Any person who is neither male nor female, or is biologically both is a genetic aberration, not a part of the taxonomy classification of species. There is no self-replicating gender fluid race of humans. It does not exist. The “gender” pronoun preference is as personal, and is irrelevant to all except the self-indulgent people who think words mean only what they say they mean.

However, saying things that are objectively true, and ridiculous when claimed otherwise, should not be grounds for punishment, especially at a public school. Exeter Mom is doing the right thing, even when the punishment itself is pointless. The point is to expose the ridiculousness and illiberalism of the school’s position.

I hope more parents rise up against their power-drunk school administrators, who in small and great ways, infringe on the liberties granted by the Bill of Rights. We need a million Exeter Moms to fight unneeded mask mandates for preschoolers, or kids playing outside, pronoun idiocy, and outright lies like the 1619 Project Curriculum, which preaches Critical Race Theory.

Exeter Mom is my hero. Let her stand against jackbooted enforcement of ultra-left theocracy be an example to all of America.