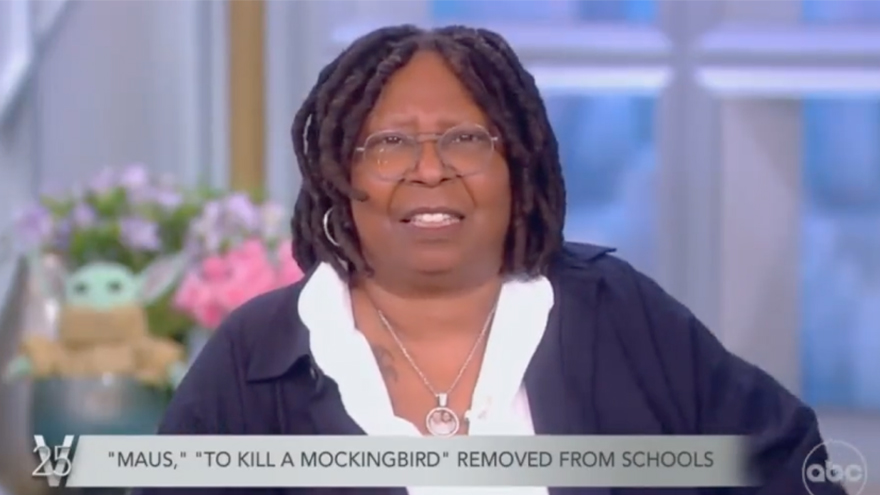 Comedian Whoopi Goldberg weighed-in Monday on the ongoing cultural battle over public education, asserting that the Nazi Holocaust of six million European Jews was “not about race.”

“If you’re going to do this, then let’s be truthful about it,” Goldberg said. “Because the Holocaust isn’t about race. No, it’s not about race.”

“Then what was it about?” asked her co-host.

“It’s about man’s inhumanity to man,” Goldberg responded. “That’s what it’s about.”

“But these are two groups of white people,” Goldberg added. “But you’re missing the point. The minute you turn it into race, it goes down this alley. Let’s talk about it for what it is. It’s how people treat each other. It’s a problem. It doesn’t matter if you’re Black or white, because Black, white, Jews … everybody eats each other.”