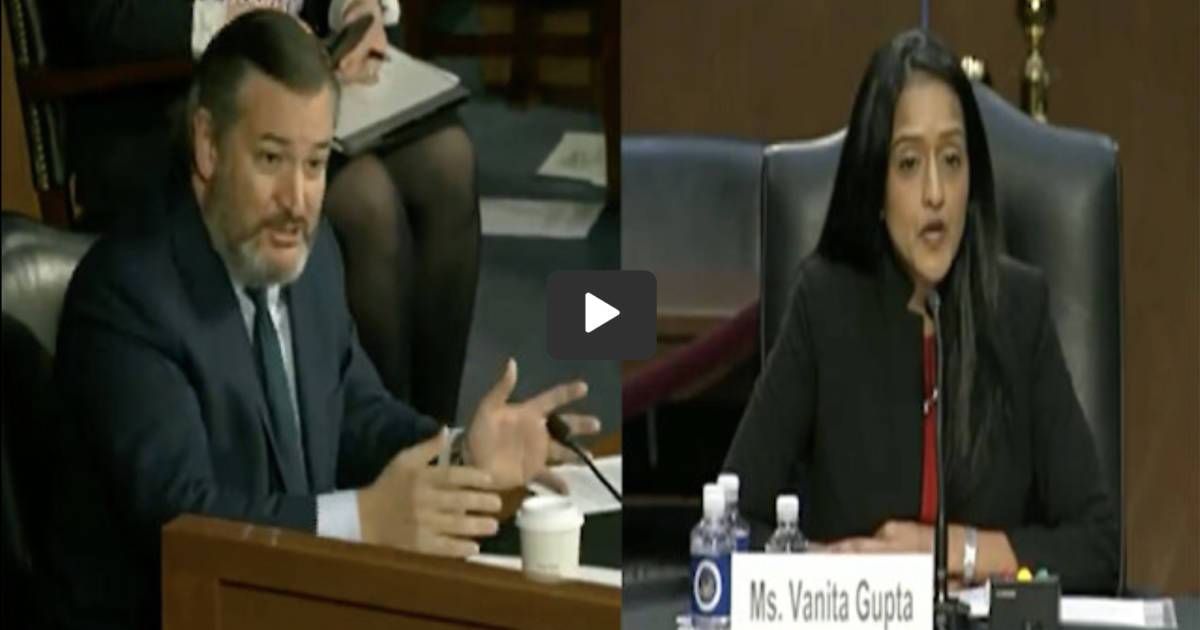 In a speech that was vintage Ted Cruz, the Texas Senator delivered a blistering takedown of Biden’s nominee for the number three spot at the Department of Justice, Vanita Gupta.

“I think one of the worst legacies of the Obama-Biden administration was the politicization of the Department of Justice,” Cruz began, before adding how important it is for those within the department to remain apolitical. Gupta, however, had been very vocal about her disdain for Trump while working as the president for the liberal Leadership Conference on Civil and Human Rights.

“As I look at your record on every single issue, the positions you have advocated for are on the extreme Left and you have demonstrated an intolerance for and hostility to anyone who disagrees with the extreme Left political positions.”

“The rhetoric has gotten quite harsh the last several years, and I have fallen prey to it. I wish I could take it back. I can’t,” she said.

However, she tried to dismiss Cruz’s concerns: “As a lifelong civil rights advocate, I have a duty to enforce the Constitution, not to enforce anyone’s policy agenda or a partisan agenda.”

Watch Cruz’s response and how he calls her out to her face below: