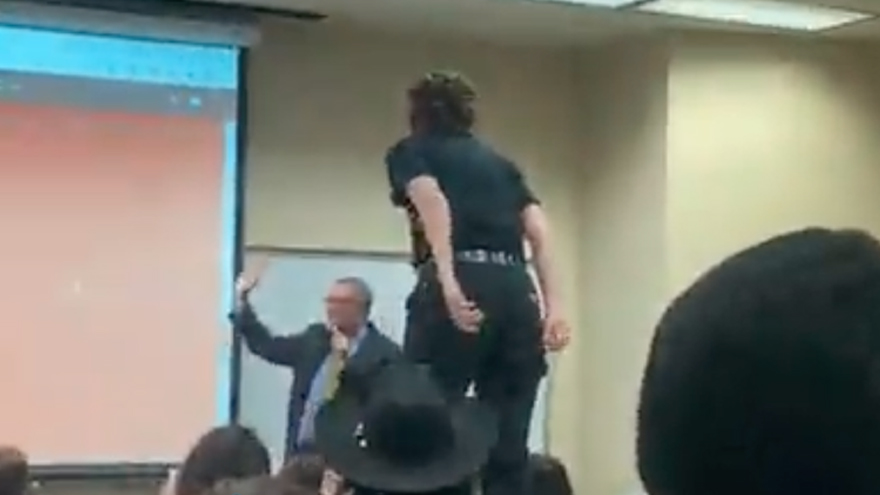 Footage went viral on social media Thursday showing a group of students in Texas calling a father who lost custody of his son for refusing to transition his gender a “f***ing fascist!”

A Dallas-area father is running for the Texas House of Representatives to outlaw sex reassignment surgeries for children after losing a years-long battle for custody of his 9-year-old twins, one of whom is a transgender girl.

Jeffrey Younger of Flower Mound filed to run as a Republican in Texas House District 63 on Nov. 23. He blames a pediatrician for incorrectly diagnosing his child, who goes by Luna, and claims the doctor “planned to put him on chemical castration drugs” when Luna turns nine.

“​This is child abuse, as every conservative knows,” Younger says on his campaign website. “Even the Texas Department of Family and Protective Services considers medical transitioning of children [as] child abuse. But still the [Texas] Legislature hasn’t acted. Texas is one of the nation’s largest providers of sex-change surgeries and chemical castration hormone treatments to children.”

Younger accuses the nearby Coppell Independent School District of “right now actively teaching” his child to be a girl.

“When I took James to school in boys clothing, the teacher gave him a dress to wear,” Younger says, using his child’s birth name. “The school doesn’t call James by his real name. They use a girl’s name. They actively teach James that he is really a girl. They even make James use the girl’s bathroom.”

Younger blames “his mother, the courts, the schools and the Legislature” for the situation. He blames the Republican-controlled Legislature for failing to outlaw sex-change surgeries on children in the last two sessions. He refuses to refer to his child by her preferred name, Luna.