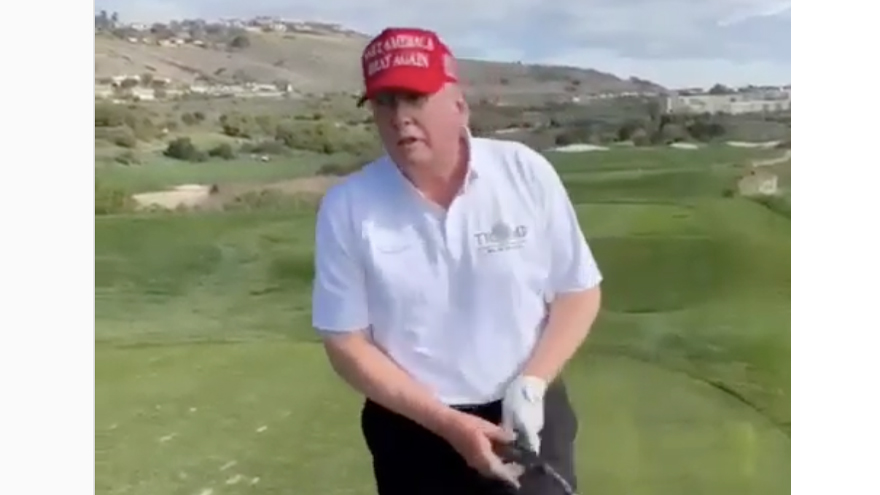 Donald Trump teased another run for the White House while playing golf with supporters this week; declaring himself the “45th and 47th President.”

The former Commander-in-Chief made his remarks on a video that went viral on social media Wednesday. It remains unclear when the footage was filmed.

“Now on the tee, the 45th president of the United States,” states the narrator.