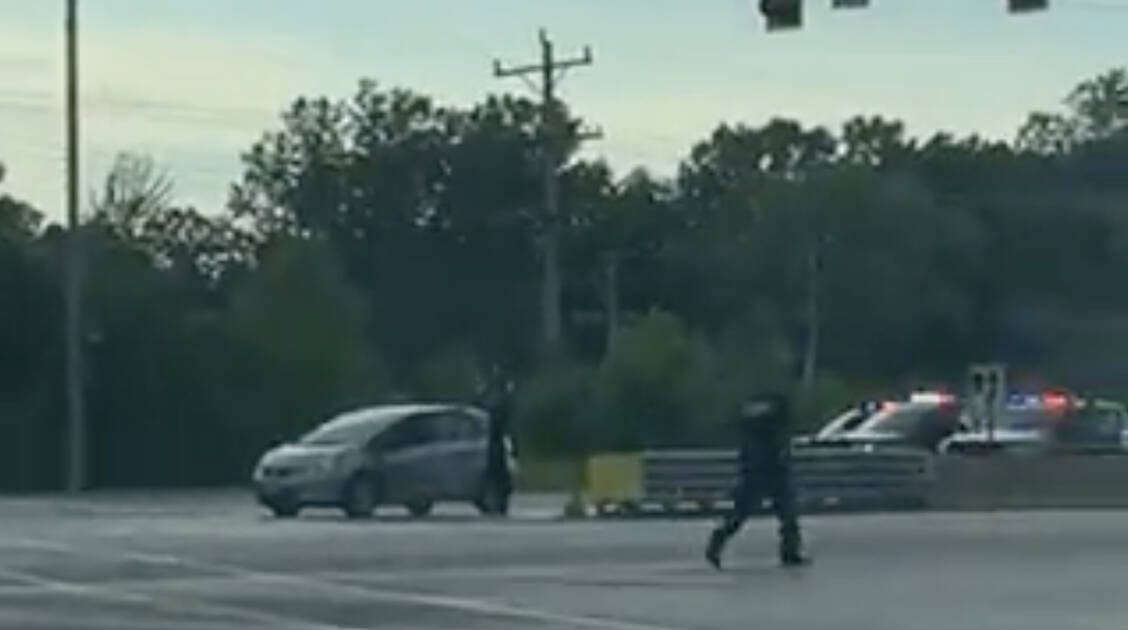 The dramatic footage that was recorded by a passing motorist in Lake Forest Monday night opens with a man dressed in all black standing with his hands up outside a silver Honda Fit at an intersection packed with patrol vehicles.

An officer with a megaphone can be heard directing the man to raise his hands “all the way up,” while another cop has a gun trained on him from the other side of the road.

The man, who was later identified as Crimo, is ordered to turn around and kneel, and then lie face down on the ground.