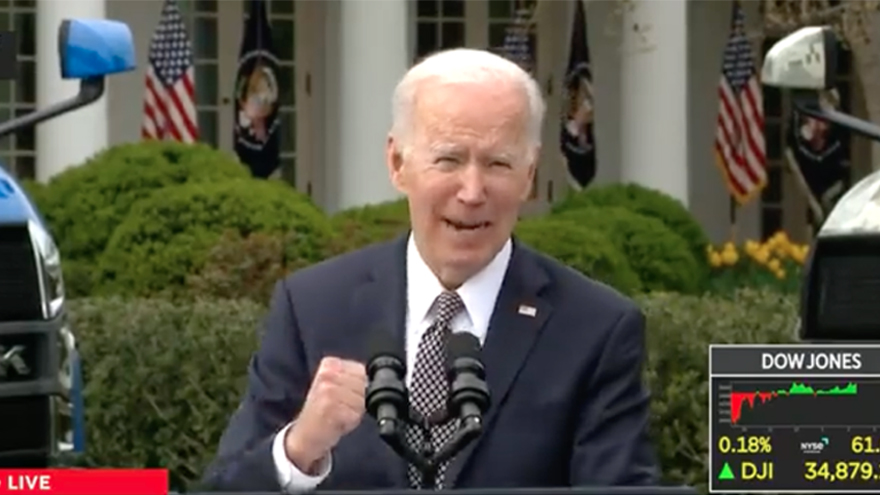 President Biden spoke with an audience at the White House Tuesday where he launched into a strange tirade about a woman truck driver he once met named Big Mama.

“The only woman truck driver I ever knew was named Big Mama. She said, ‘This is Big Mama, No Room.’ I swear to God. She said, ‘I’ve got a United States Senator driving my truck.’ She said, ‘I got the damn President in mine.’ So what? I’ll never forget that. I was a very powerful guy. Anyway,” said Biden.