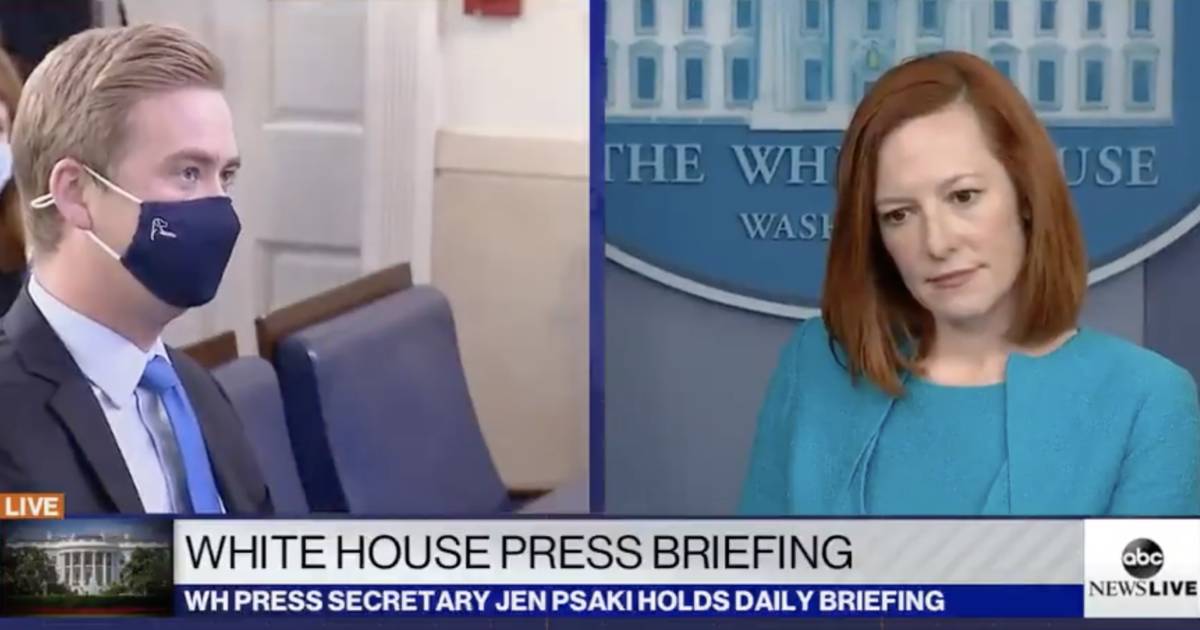 Fox’s Peter Doocey once again seemed to get the best of Press Secretary Jen Psaki Tuesday when he reminded her of Biden’s comments on immigration during the campaign and how different they are from his current stance.

“So now that Border Patrol agents in the Rio Grande Valley are letting adult migrants go without even issuing notices to appear, is the Biden immigration policy just becoming more of, like, the honor system?” Doocy asked.

Psaki, whose stare could kill, said that’s an “inaccurate depiction” of the policy.

Later is when Doocy dropped the hammer: “Two years ago, President Biden said, ‘We are a nation that says, ‘You want to flee, and you’re fleeing opposition, you should come.’ They deserve to be heard. That’s who we are.’ Now he says, ‘I can say quite clearly, ‘Don’t come over.’’ So why was his position different campaigning than it is governing?”

Watch below to hear Psaki’s response and the look on her face: