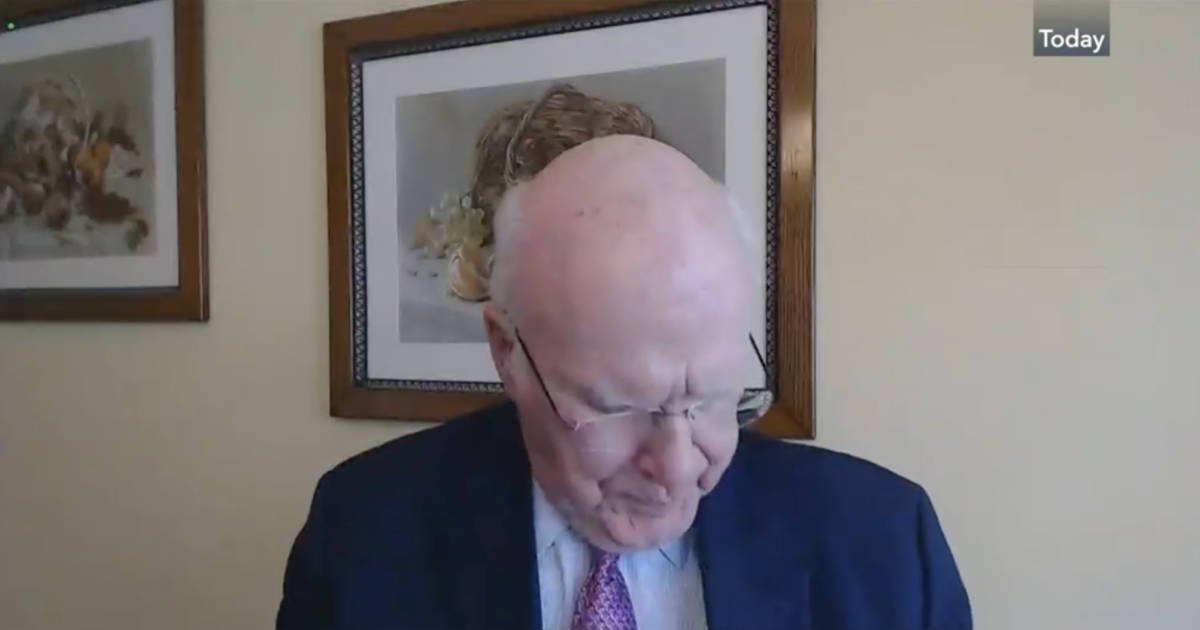 Democratic Sen. Patrick Leahy (Vermont) showed that no one is immune from the trouble of a poor Zoom connection during a Senate hearing Tuesday on two of Biden’s top DOJ picks.

The awkward, and quite frankly comical, moment happened when Judiciary Committee Chairman Dick Durbin called on Leahy to ask his questions. Almost immediately the senator sounded more like the teacher from Peanuts than he did a politician (or maybe the two just sound so much alike).

Durbin then stepped in to stop the awful noise: “Senator Leahy we’re having trouble receiving you.”

Echoing a line millions of Americans have said themselves, Leahy asked, “Is that any better?”

When it didn’t get any better, Durbin quipped, “Maybe someone can give Senator Leahy some advice on this.”

Watch the cringe-worthy moments below, and pay special attention to the looks on the faces of those in the room: