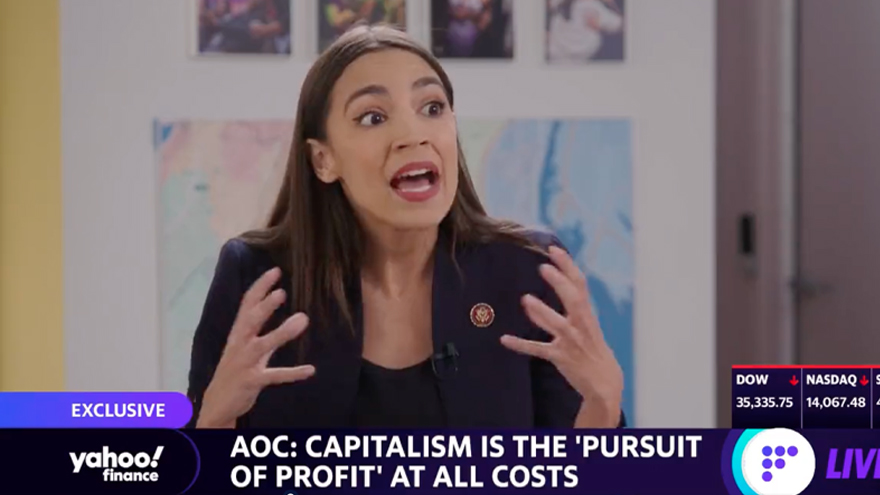 An unhinged AOC slammed the American capitalist system during an interview with Yahoo News over the weekend; saying a “small group” has control over “what we eat.”

“To me, capitalism… is the absolute pursuit of profit at all human, environmental, and social cost.” Rep. @AOC says. “What we’re also discussing is the ability for a very small group of actual capitalists… [to] capture governments. … That is not a redeemable system for us…”

“It’s a small group that has privatized control over what we eat and how we fuel our society,” she added.