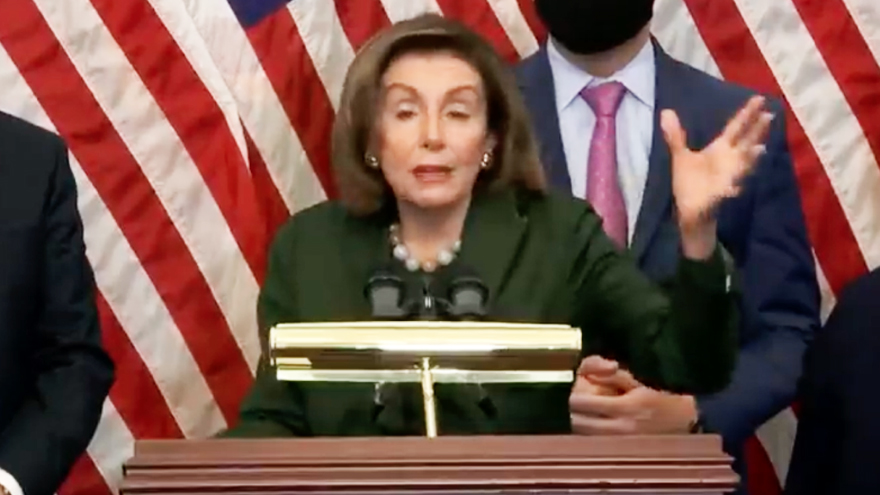 Nancy Pelosi addressed the American public Wednesday from the US Capitol to weigh-in on Russia’s invasion of eastern Ukraine, seemingly confusing that country with the nation of Hungary.

“If you look at the map and you see Hungary and you see how it is encircled. Russia, Belarus, Crimea, which they have taken over. It’s still a danger now to the Ukraine,” explained the Speaker of the House.

Read excerpts of his speech below:

Well, good afternoon. Yesterday Vladimir Putin recognized two regions of Ukraine as independent states. And he bizarrely asserted that these regions are longer part of Ukraine and they’re sovereign territory. To put it simply: Russia just announced that it is carving out a big chunk of Ukraine.

Last night, Putin authorized Russian forces to deploy into these regions. Today he asserted that these regions actually extend deeper than the two areas he recognized, claiming large areas currently under the jurisdiction of the Ukraine government. He’s setting up a rationale to take more territory by force in my view. And if we listen to his speech last night, and many of you did, I know, he’s setting up a rationale to go much further. This is the beginning of a Russian invasion of Ukraine, as he indicated and asked permission to be able to do from his Duma.

So, let’s begin to — so, I’m going to begin to impose sanctions in response far beyond the steps we and our allies and partners implemented in 2014. And if Russia goes further with this invasion we stand prepared to go further as with sanctions. Who in the Lord’s name does Putin think gives him the right to declare new so-called countries on territory that belonged to his neighbors?

He directly attacked Ukraine’s right to exist. He indirectly threatened territory formerly held by Russia, including nations that today are thriving democracies and members of NATO. He explicitly threatened war unless his extreme demands were met. And there’s no question that Russia is the aggressor.

So we’re clear eyed about the challenges we’re facing. Nonetheless, there is still time to avert the worse-case scenario that will bring untold suffering to millions of people if they move as suggested. The United States and our allies and partners remain open to diplomacy, if it is serious.