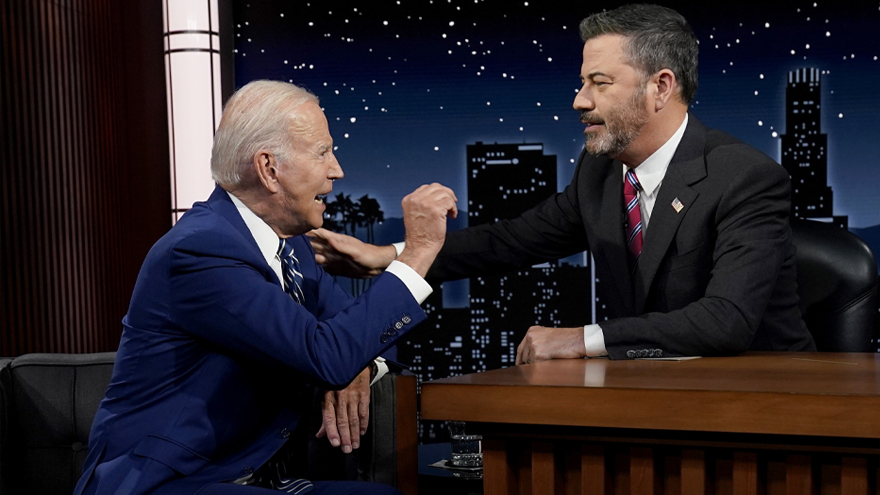 Comedian Jimmy Kimmel abruptly cut-off President Biden during his appearance on late-night television Wednesday after the Democrat launched into a bizarre 60 second rant about reporters.

“We haven’t been able to communicate… Uh, let me say it another way… Look how the press has changed… You overstand it… Here’s the deal. One of the things, that, it’s very difficult now… Even with notable exceptions, reporters have to get a number of clicks… Anyway, everything gets… I’m convinced we can get through this. One of the things, look…” bumbled Biden.