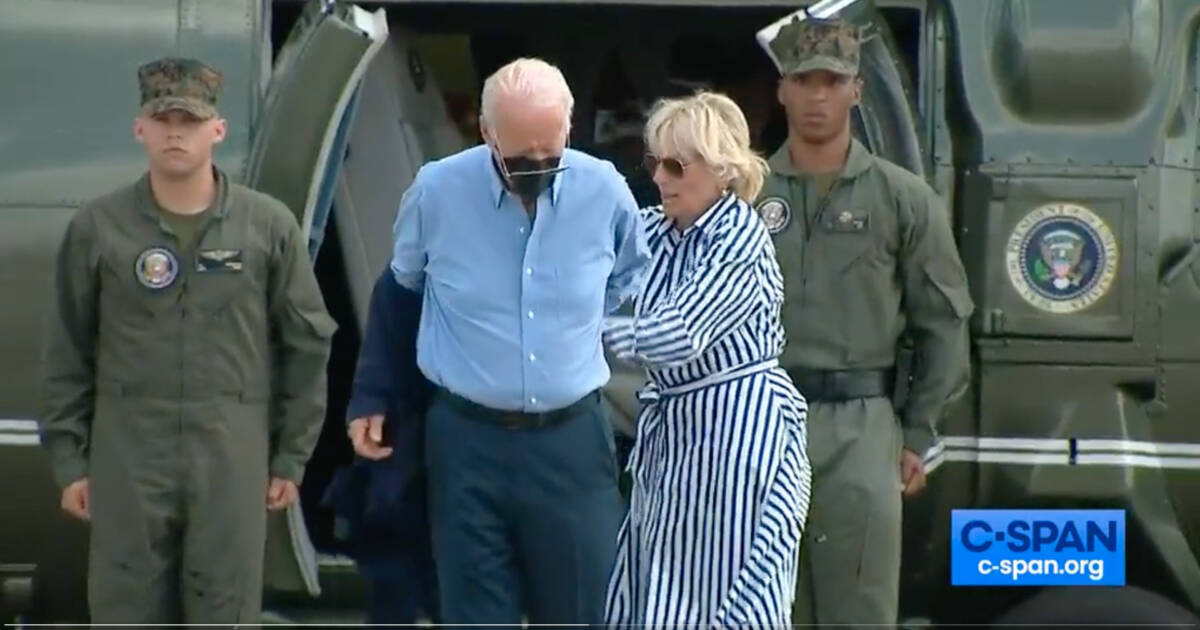 President Biden continued to baffle millions of Americans this week when he was unable to put on his own jacket and keep his glasses off his face, eventually needing help from First Lady Jill Biden.

The President briefly spoke with reporters before departing for Kentucky Monday.

Q    Mr. President, how worried are you about the situation in Taiwan?  Because China is — they’re kind of keeping a bit of a grip around the whole island now.

THE PRESIDENT:  Well, I am — I’m not worried, but I’m concerned that they’re moving as much as they are.  But I don’t think they’re going to do anything more.  I think —

Q    Do you think it was a wise move of the Speaker to go to Taiwan — looking at it now?

THE PRESIDENT:  That was her decision.