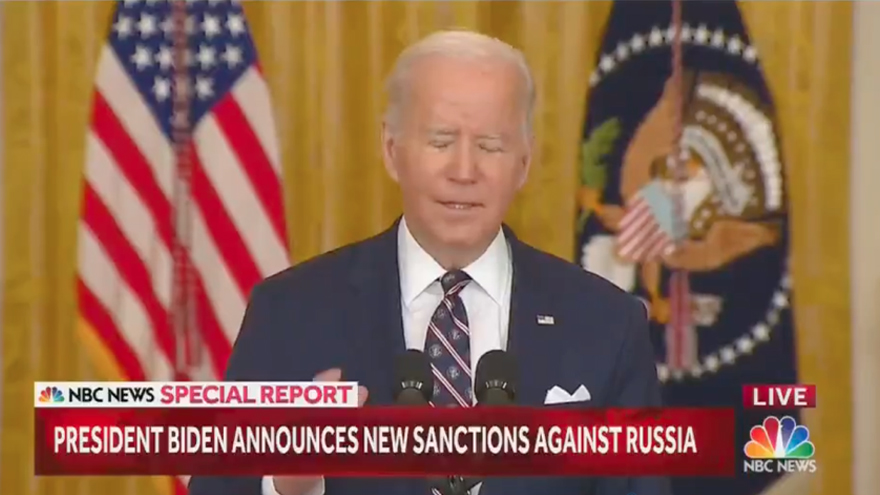 The Commander-in-Chief apparently lost his train of thought mid-sentence, simply declaring “Well, I’m not going to get into it.”

“Yesterday, the world heard clearly the full extent of Vladimir Putin’s twisted re-write of history… Going back more than a century, as he waxed eloquent… Noting… That, well, I’m not doing to go into it,” said the President.