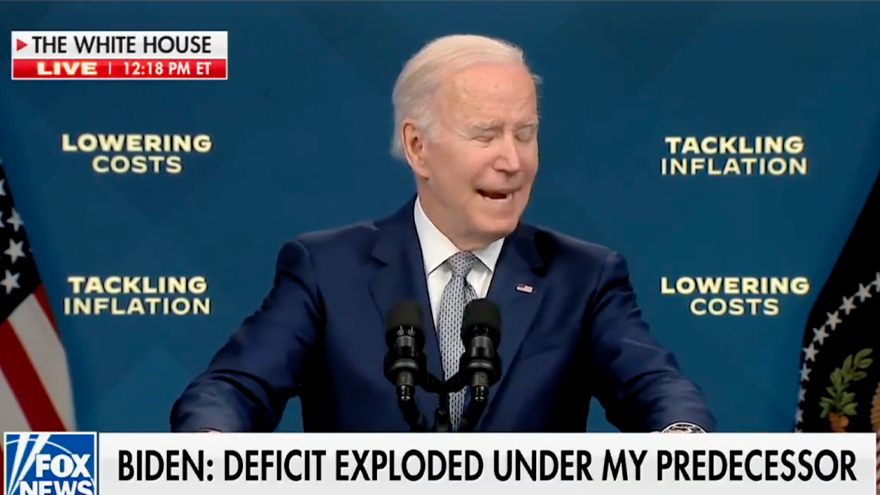 Joe Biden once again called-out Trump supporters during his speech on the economy Tuesday, saying the ‘Ultra MAGA’ crowd wants to “lower the income for American workers” and eliminate programs like Social Security.

“The bottom line is this. Americans have a choice right now between two paths reflecting two very different sets of values. My plan attacks inflation and grows the economy by lowering costs for working families,” claimed the President.

“The other path is the Ultra MAGA plan put forward by Congressional Republicans… Raise taxes on working families, lower the income for American workers, threaten sacred programs Americans count on like Social Security,” he added.

“Just like they did the last time they were in power,” explained Biden.