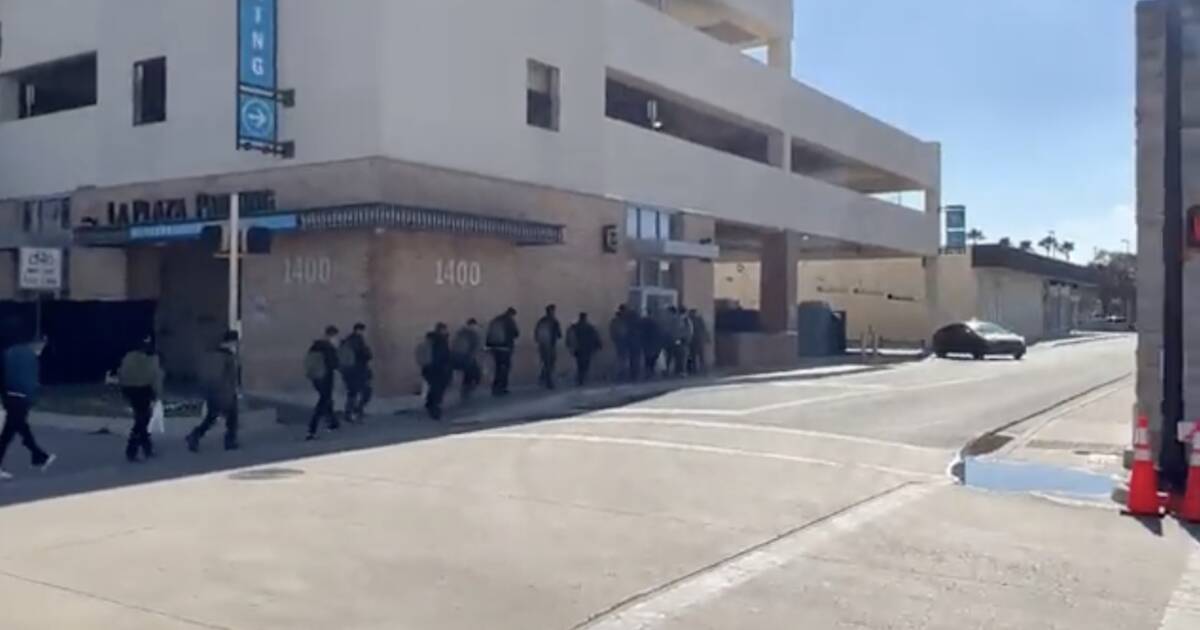 U.S. Customs and Border Protection reported more than 2 million migrant encounters last year. According to recent DHS reports, we know that tens of thousands of migrants have been released into the country —some with ankle monitors, some with new supervision at all.

“BREAKING: The federal government continues to mass release single adult male migrants at a parking garage in Brownsville. We’ve seen 4 of these groups in last 2 hours. Some have ankle monitors on. All being released to bus stations or the airport. Not Title 42’d.”