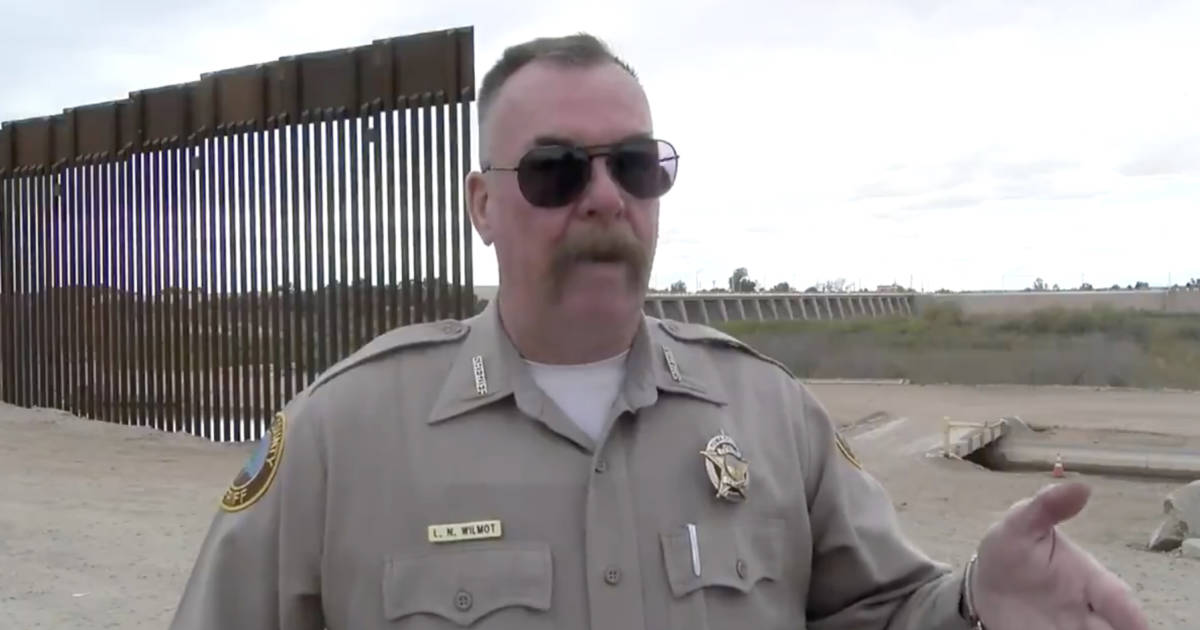 Yuma County (Arizona) Sheriff Leon Wilmot didn’t mince words this week when he explained the crisis at the border and made it clear who’s to blame for the increasing debacle that it’s turning into.

“This is a catastrophic crisis created within the last two months because an executive order was issued by the president of the United States … ,” he said. “That just allowed the cartels to further exploit the whole situation.”

He added that the cartels are running rampant on the border as the administration argues over whether to call it a “crisis” or not. At the heart of it is a spike in illegal immigration. According to Wilmot, it’s all about distractions. The cartels are using the crossings — and the subsequent orders from the president with how to handle them — to preoccupy Border Patrol agents so that they can then flood America with illegal narcotics.

“That takes our Border Patrol troops off of the front line … so the cartels can now get their illegal narcotics smuggled into our country and distributed throughout the United States,” he explained.

“People are dying,” he warned.

“But yet Border Patrol has now been turned into, by this administration, the Uber for the cartels to get to where they need to go in the United States.”

Wilmot knows what he’s talking about. In fact, a new documentary set to air on Thursday explains just how right he is, and how the cartels and the Chinese are working to destroy America from the inside using illegal narcotics and the administration’s new policies.

Over the past year, as our focus has understandably been on the COVID-19 pandemic, the drug crisis has continued festering below the surface. It’s just as comfortable in the buttoned-up suburbs as it is in the shadows and back alleys. And while we’ve been preoccupied, this destructive force has gone largely unchecked, wreaking massive havoc on the lives of millions of Americans.

In 2020 the United States saw a 20% increase in the already huge number of fatal overdoses attributed to opioids, fentanyl, and carfentanil, the drugs Wilmot noted are being ferried across the border. Mexican drug cartels and the Chinese, emboldened by our focus elsewhere, have been pumping this deadly, non-stop supply of lethal drugs to an American clientele weary of lockdowns and cut off from friends and family. The result is the potential destruction of an entire American generation…and maybe even America itself.

This Thursday, the documentary “America’s Forgotten Epidemic” will air exclusively on The First and it will expose the war that our enemies are waging on us through drugs, narcotics, and prescription pain killers. A war that’s raging right under our noses.

(Here’s a sneak peek of what you can expect.)

How is this stuff getting here?
Who’s behind it?
How has COVID made it worse?
What’s our response?
What needs to be done?

Armed with knowledge, you’ll better understand who the enemy is and how to fight back.

For the sake of your family, friends, neighbors, and this country, you have to watch “America’s Forgotten Epidemic,” airing Thursday at 9p ET only on The First.