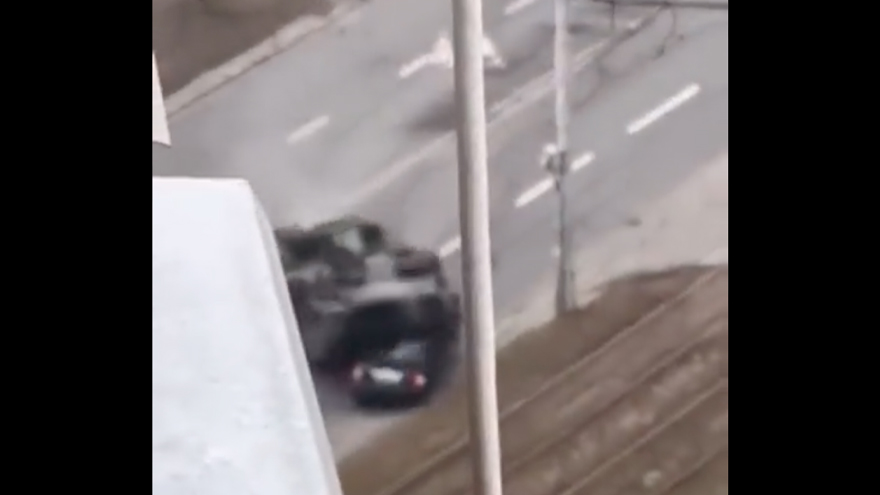 Disturbing footage emerged on social media Friday apparently showing a Russian tank deliberately crushing a civilian car with at least one driver inside.

“What we’re seeing is that Russia, under [Russian President Vladimir] Putin’s leadership, has invaded a validly elected democracy, an independent nation, violating international law,” Rep. Mike Turner told Fox News. “It’s a threat to Europe and a threat to our NATO allies and therefore to the United States.”

Watch the disturbing footage above.