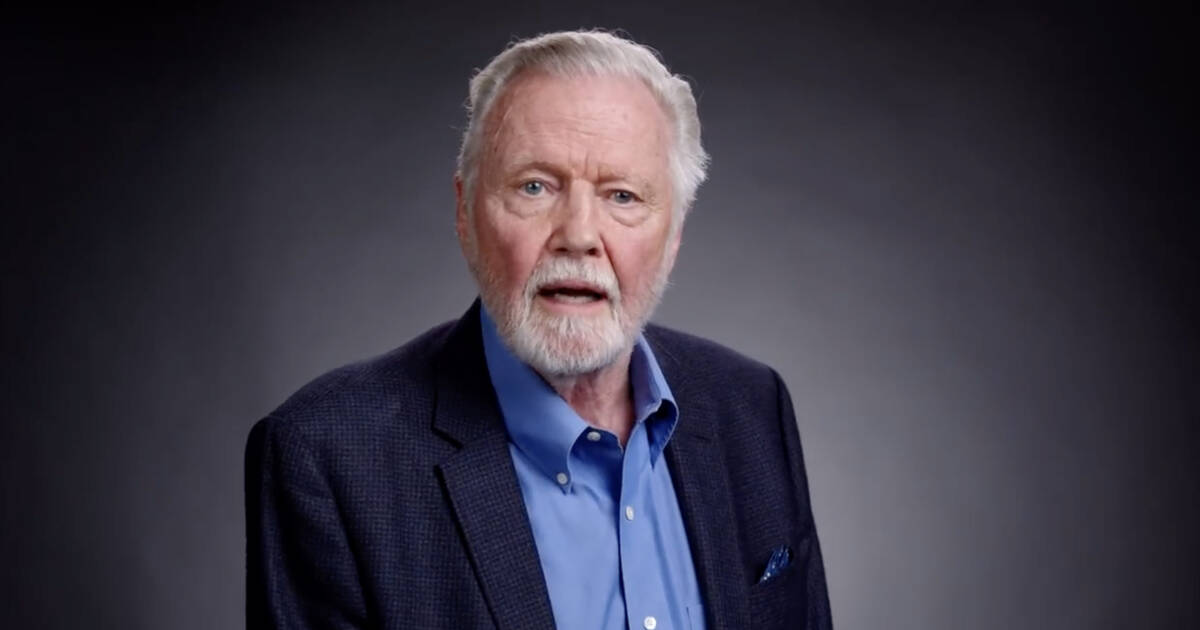 Hollywood legend Jon Voight is back cutting videos in support of former President Donald Trump; Voight says Trump and only Trump can drain the swamp.

“My fellow Americans, we are in danger of a third world war. We as a family of one truth must hear this now. Look at this lie, this deceit that continues day after day.”

‘It’s supposed to be the land of the free but it’s far from this. It’s a dark web. A dark world, but not for long because, my friends, a change is coming and a new light will emerge. We must all see this truth and allow justice to take place now,’ he continued in the video posted to Twitter with the instruction: ‘Wake up America’.

‘The only way we can win these elections is to see the lies deceit and corruption from the left, the media and the unknowns, who know who they are. Let us all come together and to vote for true justice for all,’ he went on before stating how Trump was the only one who could ‘rebuild’.

‘Let us pray that the one president who understood truths and had the best interests of the American people, the American dream, President Donald Trump will return to the presidency. He and only he can stop this swamp. Allow President Trump to rebuild our soil and our land so we can rise to our glory,’ Voigt stated.