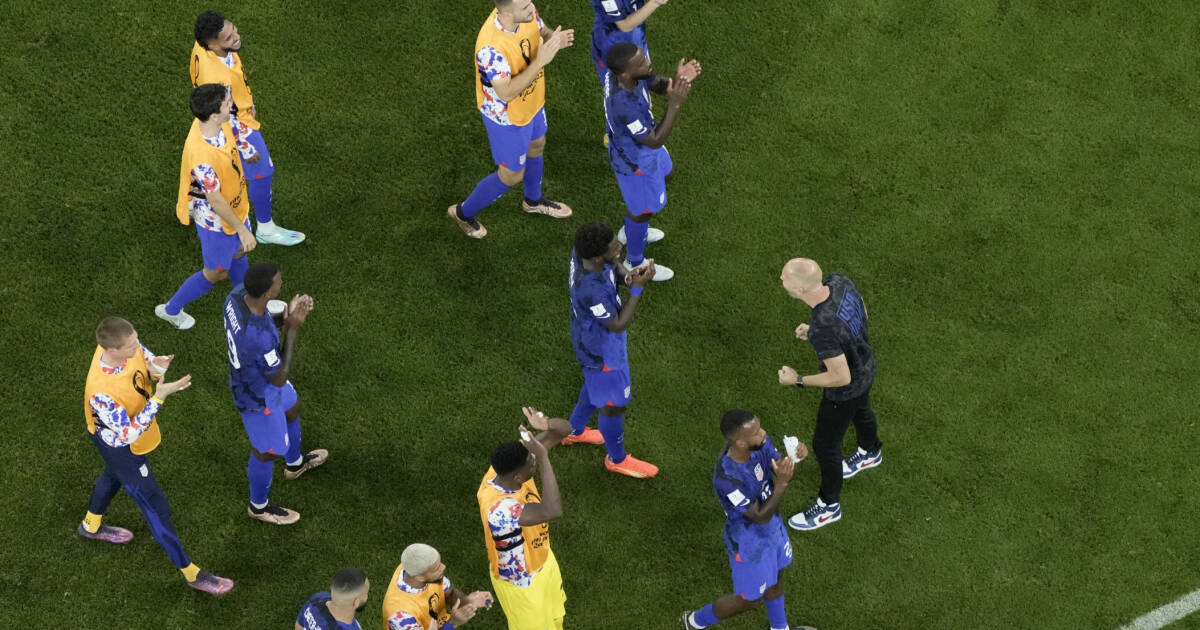 It was all on the line on Tuesday as the U.S. faced Iran in a loser-goes-home World cup showdown —and the U.S. came away with a big win, 1-0, to advance to the next around against the Netherlands.

In came Captain America to save the day, with Christian Pulisic sacrificing himself for the greater good in the USMNT’s 1-0 win over Iran that sends his nation to the knockout stage of the 2022 World Cup.

After draws against Wales and England, the USMNT needed to win in order to reach the knockout round. With the win, they’ll face the Netherlands, who won Group A, on Saturday.

Pulisic has dreamt of this World Cup opportunity since he broke out as a teenager and then became the face of American soccer. Since he shouldered much of the blame for the USMNT not qualifying in 2018. Since he carried the Americans back to this year’s World Cup.

The moment demanded bravery when it arrived. But Pulisic was courageous and would not let anything deny him, putting his body on the line as he scored the only goal of the game to push the US into second place in Group B.