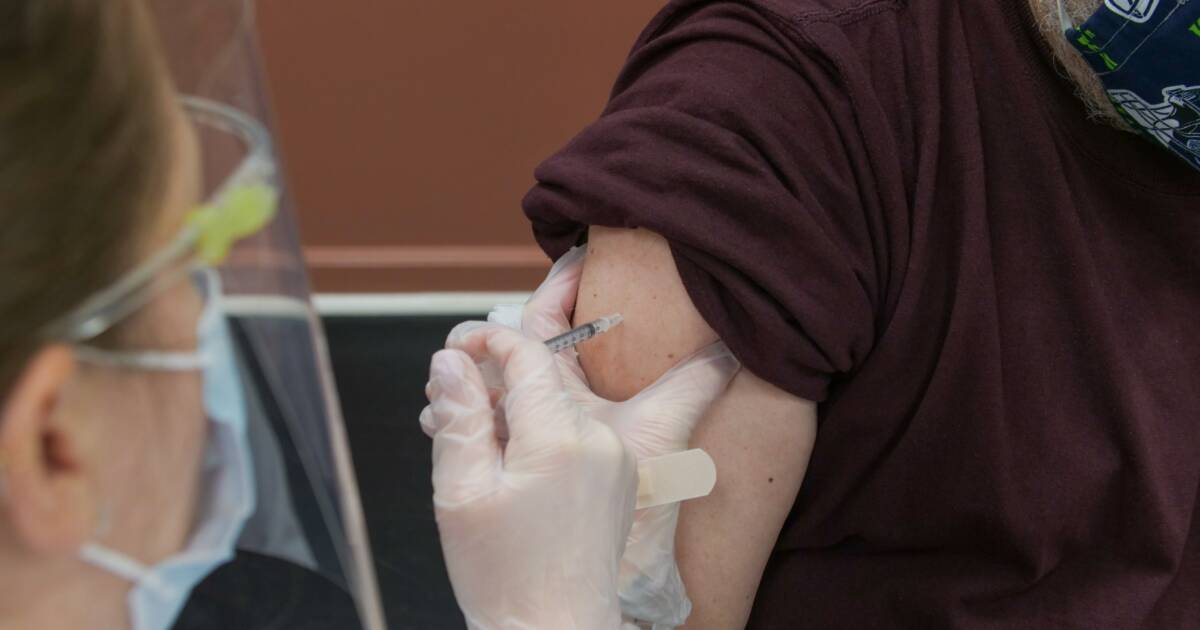 It’s October 1st, the date many healthcare organizations have set as a deadline for workers to get vaccinated or get fired. The overwhelming response is that hesitant workers are choosing vaccination. This should be no surprise.

When asked in a survey, refuseniks say they’ll leave if forced to get the shot, but as NPR noted, in reality they don’t.

Last summer, many surveys showed that up to 50 percent of vaccine hesitant employees would leave if their employer instituted a mandate. But when the mandate comes, those workers find the ultimatum to be more effective than their objection.

A report in The Conversation cites examples:

Houston Methodist Hospital, for example, required its 25,000 workers to get a vaccine by June 7. Before the mandate, about 15% of its employees were unvaccinated. By mid-June, that percentage had dropped to 3% and hit 2% by late July. A total of 153 workers were fired or resigned, while another 285 were granted medical or religious exemptions and 332 were allowed to defer it.

At Jewish Home Family in Rockleigh, New Jersey, only five of its 527 workers quit following its vaccine mandate. Two out of 250 workers left Westminster Village in Bloomington, Illinois, and even in deeply conservative rural Alabama, a state with one of the lowest vaccine uptake rates, Hanceville Nursing & Rehab Center lost only six of its 260 employees.

Delta Airlines didn’t mandate a shot, but in August it did subject unvaccinated workers to a US$200 per month health insurance surcharge. Yet the airline said fewer than 2% of employees have quit over the policy.

It should be a slam-dunk. If every employer in a particular industry puts a figurative gun to the heads of its workers, then most workers would choose the shot over “being shot” out of a job. It makes sense. Where would those workers go? If they looked for a job in the same industry—an equivalent position—they’d find that prospective employers want vaccinated employees. If almost nobody is going to employ unvaccinated healthcare workers, then these workers would be competing for a vanishingly small number of jobs, or would have to leave the industry.

In Atlanta, Piedmont Healthcare said the number of unvaccinated employees by today is “minimal,” according to the Atlanta Journal Constitution. The AJC also asked Emory Healthcare and Wellstar Health System, with a combined 49,000 workers, how many would leave over the mandate, but as of this writing, they have not responded.

Again, it’s no big surprise that when people are given an ultimatum to get a shot or lose their paycheck, even those who grouse and complain and tell surveys they’d quit, when the day of judgment approaches, they cave and get the shot.

But does that make it right?

In the healthcare industry, probably. We need healthcare workers to be vaccinated, since they are the ones most likely to be in direct contact with COVID-19 infected individuals. Of course, these workers also need to be tested more often, since they can have breakthrough infections even if vaccinated, and they can therefore spread the virus to unvaccinated patients. Unvaccinated healthcare workers only make it much more likely that hospitals and other facilities like nursing homes would become super-spreader hotspots (as happened in New York in 2020).

Of course, with lower-paid employees, quitting means they still collect all kinds of government benefits (including, many times, unemployment), that enable them to sit at home and do nothing at all, leaving their jobs unfilled. This is why a national vaccine mandate will ultimately hurt smaller businesses that can’t afford to pay wages and benefits to attract the workers who are less likely to bolt versus cave.

In New Hampshire, a group of, as my brother Jay referred to them, rabid libertarians disrupted a state Executive Council meeting, forcing it to be canceled, in opposition to any vaccine mandate. The Keene Sentinel reported:

“COVID-fascism is our motivation, stopping that from happening,” said Andrew Manuse, a former Republican lawmaker who’s long been active in libertarian-leaning activism in the state and is behind several of the groups organizing protests.

Getting definitional here, “COVID-fascism” would mean the government compelling businesses, acting in concert, to exert the will of the government over the people regarding COVID-19. Yep, a national vaccine mandate forcing businesses to put a gun to their employees heads would be exactly that.

Does that make it wrong? If you’re a rabid libertarian, in a populist anti-establishment state like New Hampshire, you bet it does. But for the majority of Americans, some amount of fascism is acceptable. For example: you can’t get hired by most companies who use eVerify if you haven’t registered with Selective Service. Is mandatory draft registration enforced by employers “draft fascism”? Yes, it is. Do you see protests over it? (Only if the draft is instituted.)

But the mandate also ignores some valid criticisms. If you’ve had COVID-19, why should you be forced to get vaccinated? I had it, and have natural immunity, which many studies show is stronger than the vaccine’s immunity. I understand the combination is even better, but what if I had a heart condition and was worried about the small chance of myocarditis? I understand there are medical exemptions to the mandate, but again, this puts the burden on me to prove I have a problem. The gun is still to my head.

The mandate also plays into the “red state stupid unvaccinated” narrative. I am working on a deep dive to see if this narrative holds water. I have some real hesitance and doubts, but I will let the data speak for itself, as long as I don’t go blind staring at enormous spreadsheets filled with county-level COVID-19, election, and demographic data. When I have it put together, I’ll write it up, and I promise to go where the data leads, even if I don’t agree with the conclusion.

I think everyone should get vaccinated who can reasonably weigh the risk for themselves. A mandate is doing the risk management for us and forcing the answer. Nobody likes to have a gun placed to their head in an ultimatum, but, unfortunately, it does tend to work well. That doesn’t always make it right to do it.