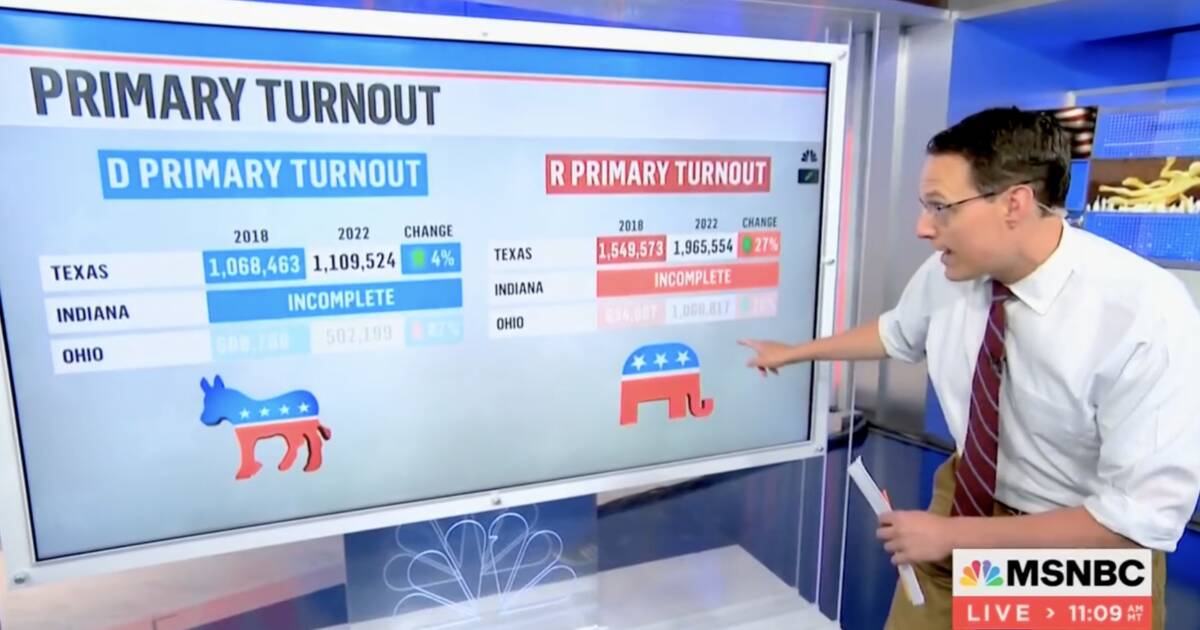 If the numbers from the Ohio primaries are any indication, a red wave is certainly on the way.

According to MSNBC’s Steve Kornacki, Republican turnout in the Buckeye State was up 28% while many Democrats decided to sit this one out —blue voter turnout was down 27%.

“Ohio is still Trump country even though some people pretend it’s not. Huge night for America first leader Donald Trump,” Conway said on The Ingraham Angle. “I think you call it the Trump bump.”