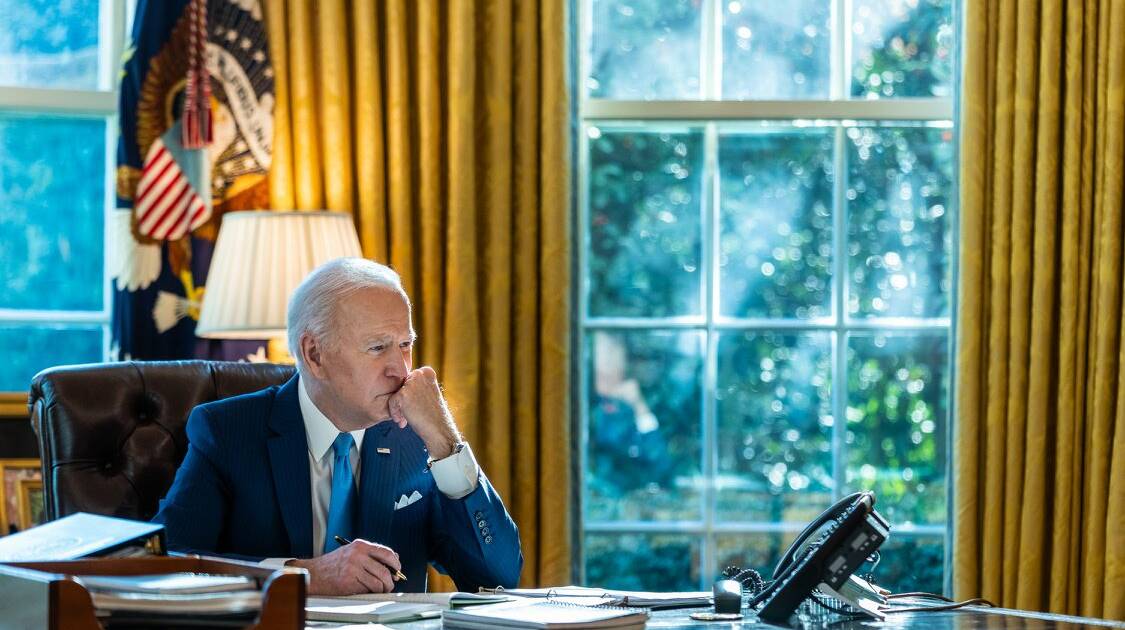 President Joe Biden’s having a whole humble pie this Friday. The AP’s lede paragraph noted “the failure of one of his biggest and most humiliating foreign policy gambles,” when the president fist-bumped Saudi Crown Prince Mohammed bin Salman and got nothing on oil production.

The Saudis are playing oil hardball, still stung by Biden’s public rebuke on the murder of journalist Jamal Khashoggi. Democrat policiticans are calling Saudi oil production cuts “a hostile act,” while Biden’s lack of understanding regarding domestic production is in clear focus.

Also, the President of the United States has just said the chance of nuclear “Armageddon” is the highest since 1962’s Cuban Missile Crisis. Of course, Biden remembers that well, since he was 20 years old when it happened. Most of us weren’t born yet, were in diapers, or elementary school.

President Kennedy ended the crisis when he cut a private deal to remove missiles from Turkey in exchange for the Soviets removing missiles from Cuba. Fidel Castro was livid with Soviet Premier Nikita Khrushchev: he wanted nuclear war. Kennedy played the game well, while Biden is a bit off. Here Vladimir Putin is in the role of Castro—Khrushchev wanted to end the crisis which was getting out of control.

When America is looking for a calm head and a sharp mind to counter Putin’s insanity, we get Chicken Little. The White House will undoubtedly have to walk back or “explain” Biden’s remark.

The president’s son, Hunter, despite an iron ring of media protection, spoon-fed by a compliant intelligence community, is in legal peril. FBI and IRS investigators believe they have sufficient evidence to induct the younger Biden for tax and gun violations, the Washington Post reported.. Of course, timing is everything, but with the former guy playing delay games (which I think will go on a while) with the courts and the Department of Justice, this news comes out at an inconvenient time.

So, with all this bad news piled up, what does Biden do? He pardons thousands of federal convicts whose charge was possession of marijuana. This includes everyone who was ever convicted of possession in Washington, D.C. So, I think he should invite Bill and Hillary Clinton to the White House and pass doobies. This time Bill can inhale with a clean conscience.

Nothing here detracts from the main issues. The economy is terrible. The Fed is going to purposely plunge the country into a recession to counter runaway inflation, a good part of which is the result of Biden’s policies of spending like a stevedore who won the lottery the same day his doctor told him he has a week to live.

Biden pardoned people convicted of drug crimes, which at the time were crimes. Yet every single person who stepped into the Capitol on January 6th is being thrown into the slammer by zealous prosecutors. I know some of you think this is proper, but if Biden is in a pardoning mood, he’s going for the wrong crowd.

Perhaps the president is sampling the now-pardoned wares a bit in his dotage. It probably helps to dull the humiliation of being Joe Biden.